By Beverly Bell, based on reporting from Haiti-based Haiti Grassroots Watch and AlterPresse

HIV/AIDS Seminar coupled with SALT and ACP in Region 2-the RICE Producing Region of Guyana-ESSEQUIBO!

Commissioner Cole ans Son visited Region 2 to facilitate a HIV/AIDS Seminar which included SALT and ACP. The Participants were all Male and they hailed from Leguan, Wakenaam, Bartica (Region 7), Anna Regina which are different areas in Region 2 except for Bartica which is located in Region 7. Being the lone female facilitating a session with an all male group was a significant challenge given the fact that Men prefer to talk sex with Men only! However, Commissioner… Continue

“Internationalism between Peoples”: Learning and Constructing with Haitians 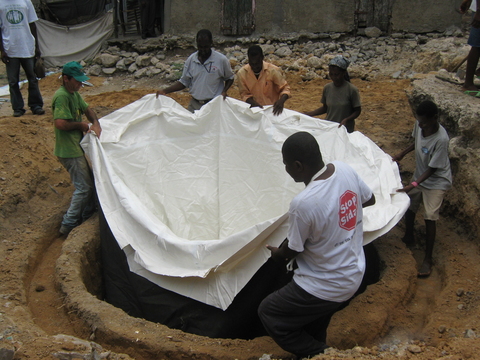 Jose Luis Patrola is a history professor, farmer, and member of the Brazilian land reform group, the Rural Landless Workers’ Movement, or MST. He has lived in Haiti for three years. There, he coordinates the MST’s program, an exchange of agricultural and technical cooperation between Haitians and Brazilians. In a departure…

Community is very important to our Society and where  there is good communication, there will be involvement and development.  Lets use communication Skills and Tools for a better HIV and Aids awareness.  Listen, Learn and put in Practical  and we can live defeat HIV and Aids Killer disease.

Advantages and disadvantages in starting with a dream or a vision.

List the advantages and disadvantages in starting with a dream or a vision. Describe pros and cons.

Do we really want to engage communities in our research?

Two weeks ago. I open my inbox. An invitation to a workshop near Chiang Mai. I wasn’t sure what to think when I rwas invited for the workshop of the UK-based Wellcome Trust on ‘Community Engagement: under the microscope’. The main topic was the engagement of the public and communities in bio-medical research. Research was not my area of experience. Would I be able to contribute and get value out of this 3,5 days time investment?

Well, the answer is a solid YES.…

Commissioner Cole and her Son visited Region 6 and shared SALT and HIV awareness with Participants who were desirous of learning about STIs and SALT as a strengths model in facilitating an AIDS Competent Community! The difference between HIV and AIDS was a very good point to note since many confuse these two concepts. The fact that one can live a very long and Healthy life if HIV positive was discussed in earnest; however, the fact that one can rapidly progress…

What is your personal dream? Module 3:

What is your personal dream?

MY personal dream is to be able provide for the people I love in whatever way I possibly can. I dream of reaching out to the less fortunate, to the abused, to the depressed, to the heart broken, to the sick, to the people with low self-esteem, to the illiterate, to anyone who needs help and letting them know and letting them feel that it’s ok to accept who they are, that it’s ok to want positive change, and it’s ok to go after it and it’s… Continue

On June 9th 2011, Mr. Aurty Haynes assisted me with an dream building exercise with an HIV support Group [Agappy Network], this was the first of its kind to be used in that area of the community, whereby both nurses and PLWA have never had the opportunity to work with such a programme.

however, the second section of the programme will be held of june 30th 2011.

Community Life Competence inspires and passes on the inspiration... a quote from the India Civil Society networking site  from Kshendra Kumar Mishra's posting

Are sex workers not human beings or do we not consider them as human beings? We talk of gender, we have made reservations, in various services even at panchayat level (village local government) but can we understand the depth of their status? Are these not women or we have…

Population and Family Planning Competence - another learning from Indonesia

Last two weeks ago, IndoCompetence facilitated establishment of students center for information and counseling on population and family planning issues at West Java Province.  These issues remain are the newest program intervention from National Family Planning Board to have youngsters support to family planning program.  Moreover, this also a response to the 2010 Population Survey that indicated high un-meet need rate among population.  After almost two months…

You can access some of my thoughts through: http://entreosdireitoseomarketing.blogspot.com/
You will find different articles of different issues (always related to politics, philosophy and economy) - some in Portuguese and others in (my funny) English. Some of these articles are published with Jornal Zambeze (page10).

This is the way I found to improve my own… Continue

Today, myself and some others from the CLCGuyana, did the dreambuilding and self-assessment processes with the HIV field officers of the Guyana Red Cross. The group again demonstrated  that there are different learning levels in adults. It demonstrated that with increase knowledge of the communities you work in the easier it is to do self analysis.

It’s going to be a surreal moment.

From what I understand, there’s a composer, a bridge, 600 singing schoolchildren, a Nobel Laureate, and one righteous celebration. The new Peace…

The Marginalization of CBOs by Development Actors: A Perspective from Zimbabwe

Samuel Maruta of the Southern Institute of Peace-building and Development (SIPD) from Ruwa, Zimbabwe has conducted research about the role of community-based organizations (CBOs) in community development and the nature of their operating environment. He points to the need for a paradigm shift among development actors in favor of CBOs, and for CBOs to build their capacities in critical areas of… Continue

The National Toshaos Council of Amerindian people, representing 9% of Guyana 750,000 population, wanted to take on the responsibility of addressing concerns at the governance level. The Council therefore sought the assistance of UNDP to be trained in the community life competence but also thought that this effort should be extended to the village level and used resources made available to it to do a pilot of the community life competence in four villages. This effort was to help the…

A man as being on ARV for two half year because he was given a wrong result. Two weeks ago, we were in a community for Mobile HIV Counselling and Testing, a man was tested negative. After given him the Non reactive result, he ask of a reconfirmation of the test. i then use a Stak Pak to confirm the result and the result was still negative.

He started crying and then shared on is story; in 2008, he was down with fever, after taking some anti-malaria drug, he was still down with the…

I just have a few more days in Japan this trip.  I'll be back several more times this year.  Most attention is still focused on emergency and initial stages of recovery here.  Soon, attention will turn to how might the Tohoku -- as well as all of Japan -- be created anew.  And it is this work of re-creation that I and my many colleagues here are waiting to begin.  One of the things that many here feel strongly about is that the re-creation of Tohoku must be directed by… Continue