From Singapore's Learning Event; a poem of SALT

I sat on my desk and then wrote this poem,

the poem of S A L T that changes my life

SALT is innate capacity of being human;

to listen and to be listened, to trust and to be trusted;

an angle with two wings that make me fly and seize my dream;

I saw my Beyond's friend mingled with people,

SALT is systematic may of…

SALT is in the air, already there at community - Leaning Part 1 from Learning Event with Beyond Social Services Singapore

I was so surprised when I met a lady, a member of mother club called Mami Anggun, called Vina come from my home town in Indonesia when I attended learning event on SALT and CLCP with Beyond Social Service at Singapore, 22-24 August 2013. Further, my surprising even more when I listened to Siti's stories on her life struggling as single mother on taking care of her kids who is now a chef at Australia  and a stewardess.  Another lady, whom her husband are in jail told her story while other…

Keepind SALT alive in me; dumb, it's urgent!

I need a lot of time to grabs and to understand the essence from my experiences as coach of CLC. What could I do as a person to reveal what I believe on thinking and working into doable activities that inspire others of beauty of life and beauty of understanding.  No longer work as a professional on reproductive health, population and gender it makes me uneasy somehow. I almost forget that I personally Salty and able to learn and work on the new issue and new circumstances, but in fact I…

Family Planning Self Assessment Framework - a incomplete chapter from Indonesia

This blog is my unfinished work on Family Planing Competence that, actually, I really want to share.  I remember one of my colleague told me not too much established such a competence unless I would be know for sure that all of CLC mechanisms had been completely implemented.

As we already known that Indonesia was center of excellent of FP programme and awarded Population Awards from UNFPA at 1990s.  However, after reformation era, FP was no longer priority of national development…

What make a person a facilitator (CLCP)

This is what I feel about person capacity to be able to facilitate CLCP. I'm too worry about giving opportunity to person who actually able to be facilitator but she/he has not already attending TOF or learning event and the like. It's about how to ensure that SALT and CLCP been learned, , shared and transferred without any project intervention or money support. I don't know why I personally been really evoked and involved at this SALT and CLCP things. I just feel that, borrowing Olivia's…

Damn, this broccoli makes me back!

I was providing interpreting service to Jean Louise on three functions of learning, transfer and sharing. On the way back home, I reflect why was this not easy. I was sweated and thought so hard to understand his words. His explanation on the three function meant nothing to me. Why? It was as I felt as translation not interpretation since it did not ring the bell.
Undertanding then revealed when he talk about our living organization and analogy of broccoli that has similar structure at it… Continue

News from ARH Competence at Indonesia!

Thanks to have reading ARH on ning. Even not much additional information ARH Competence has been improving in number of groups. Newly recruited facilitators and me keep promoting this. At Bandung West Java Province at least there are two schools and six universities that adopt ARH Competence. One project will be presented at the ICAAP as poster presentation. The issues also becoming wider. It's now dealing with youth competence (life skill education, English, proposal/abstract writing class,…

Population and Family Planning Competence - another learning from Indonesia

Last two weeks ago, IndoCompetence facilitated establishment of students center for information and counseling on population and family planning issues at West Java Province.  These issues remain are the newest program intervention from National Family Planning Board to have youngsters support to family planning program.  Moreover, this also a response to the 2010 Population Survey that indicated high un-meet need rate among population.  After almost two months…

Last week (25-29 April 2011), IndoCompetence and Inspirit worked hand in hand on training for facilitators to materialize a joint project steps on strengthening women's rights (SWR) . Along with comprehensive accompaniment from GIZ, as the donor, 16 participants of The ToF provided IndoCompetence a learning moment on how important we DO BELIEVE salt as ways of thinking and working.

My another dream about youth!

Smile and simple for S and touch for T, another enrichment along community engagement

Last November (22 - 26) Chandra and I facilitated Adolescent Reproductive Health Competence at Singkarawang, about 3 hours driving from Pontianak West Kalimantan - Indonesia. Local facilitators from Pontianak, Rudi and Kang Alit also came along. From Tasikmalaya aslo joined our lovely midwive Siti Aminah. We had wonderful time exploring and learning as a person and facilitators among five of us. We have different background this we shared many things from our individual life, learning,… Continue 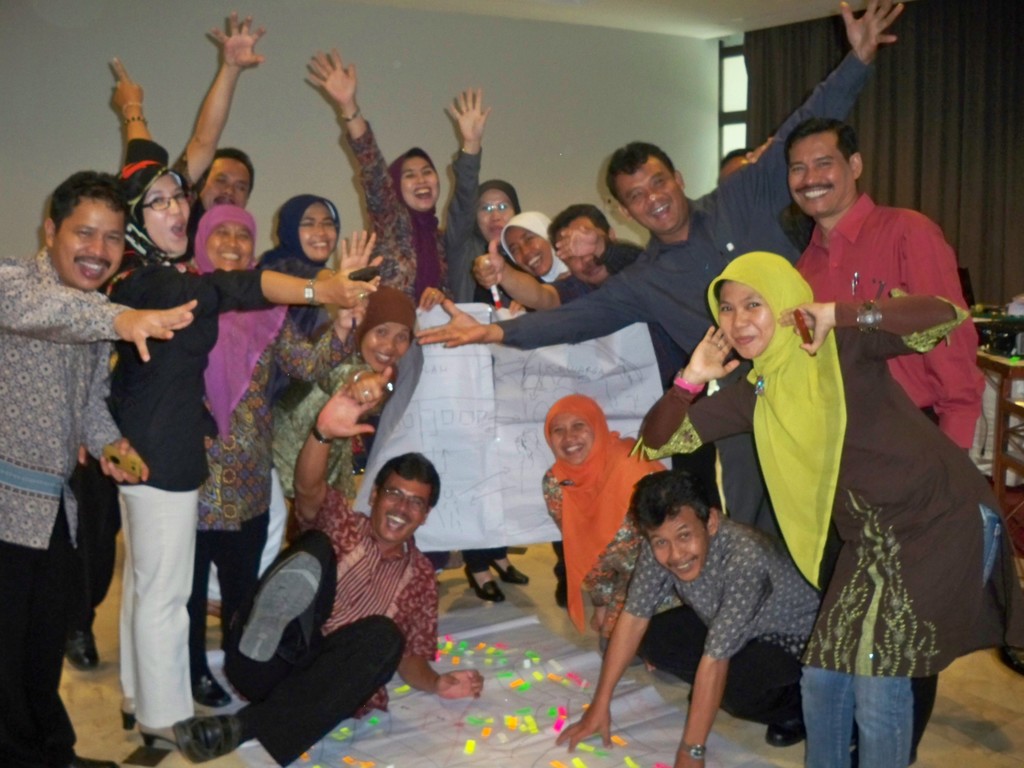 I believe that must be a way to celebrate AIDS world day by doing such a meaningfull and monumentous among general population or less risk population. And AHHAA....I found that opportunity.

Why are we still together?

Last month I facilitating review meeting among SALT faciliators at Tasikmalaya District. The district is quite well know I think as the most populous and Islamic conservative community. Some of reproductive and HIV-AIDS promoting program facing challenges from this situation. This beautiful district, however has open minded people . That's is why CLPC promoting last year at the district remind accepted and sustained. ( or even CLCP and SALT able to ice breaking even at very conservative… Continue

Yadi said that I need sport activity to make me spend my spare time to activity that avoid me dating with girl friend. My friend's girl friend is pregnant now because they always go together and then have sex. That statement is from Yadi, 19 years old, a student at Manonjaya Tasikmalaya. He is member of ARC competence established last year at the most moslem community at Tasikmalaya District - West Java Indonesia.

While Gina, 15 years old said that I want to enjoy art activity like… Continue

1. Knowledge and Acknowlegment of ARH

4. Access to information and services of STI and HIV-AIDS

With Love From Manonjaya Tasikmalaya - Indonesia (2)

I initiated to facilitate session on CLCP cycle. I was preparing pictures and papers and the like while I was listening my collegues facilitating session on sharing what students have done and what they have known about CLCP cycle. They stopped me drawing the CLCP picture. Wooww...I just can borrow them. They were splendidly share us steps of CLCP, drawing good picture and can share with us their experience and view point. It reminded me that I'm not an expert of CLCP who's going to teach…

With Love from Manonjaya Tasikmalaya - Indonesia (1)

This is another captured learning I can share with everybody. Lulu and I (facilitators of IndoCompetence) and Rebeka Sultana (Consultant for UNFPA on HIV-AIDS Program) have facilitated Learning Event and Knowledge Festival last week. This three days activity were divided into two session. One was learning event to have self assessment (at two schools) and one was knowledge festival attended by 40 students from two schools and fathers, mothers, service providers and local NGOs, members og ARH…

After Activity Reflection (AAR): Do it know or you becominmg not saltly at all!

This is another learning of being saltly person from SALT visit activity. It's little bit painfull actually, but I really want to share this.

To be honest with you all, I m trying to understanding and enjoying AAR activity. Up until last two facilitations I made I was still not understand what can I learn as a person and a facilitator from this AAR activity. This was then revealed at an accident. I heared from a participant of salt visit I facilitated that I did conduct…

"This is an experience sharing from SALT Visit on Reproductive Health (RH) Competence at Manonjaya Sub-district in Tasikmalaya - West Java Indonesia (November 2009). This's about inspiring inclusion from groups of fathers that was dominated SALT visit. Along with the process they are becoming very supporting group when they were equiped with sufficient knowledge on Adolescent Reproductive Health (ARH) issues and better understanding on SALT as ways of thinking and working. Initially they came… Continue

Last week I did SALT Visit, even alone, to an NGO working at ARH issues. They used to be work by using BCI approaach and agree to combine SALT's way of workimg and thinking along with their outreach activities. The six members of NGO and me did exploration of individual and groups' strengths, buidling dream, initial self-assesment and plan of action. The visit then run smoothly until I were start writing and documenting my learning at the SALT visit.

Ooooops I learned nothing.…