We had a very inspiring visit to Ethiopia last week with IIRR and partners who have been working hard at integrating elements of ACP into their existing Community Managed Risk Reduction (CMDRR) Strategy.  You will see the excellent photos and video clips that Ricardo has been uploading over the past couple of days.

It got me thinking about the word 'integration'.  Seems everyone is using it these days, and as with many things we start saying it and stop thinking deeply about…

Here is another great talk from TED talks warning us not to force people to converse in English.  Conversation in any language leads to a sharing of thoughts and the creation of knowledge.

We all are Japanese today !

The agony of the Japanese humanitarian crisis continues where earthquake ,after tremors and devastating tsunami rendered millions of people without water, electricity, homes and what have you. The series of unfortunate developments at the nuclear reactors are the proverbial 'last straw'(hope and pray they are the last ones)breaking the camel's back.

Inspired by dance with youth community in France

My country, France, is dealing with many different cultural and social backgrounds, due to the immigration. Today, the government does not know how to take benefit from the diversity that our country presents, and instead of taking advantage of that richness, the government blames on it because thinks that immigration is the main cause for the current problems in the society (unemployment, violence, crime..). For me, it's a wonderful experience we are living, full of strengths in the…

I would like to share an experience we had back then on the 19th of March. We visited an orphanage in Kuala Lumpur, Malaysia. I wouldn't call it a SALT visit, because it wasn't conducted following exactly the values of SALT. (We were too dazed that day)

Since January 2011 until now, our team has visited 5 shelter homes. They weren't the same people in the team though, every visit we had different members to do the outreach program. Inexperienced, we never expected the…


In February 2011, I visited a Sri Lankan Refugee camp located in Kadayanallur block in Tirunelveli district of Tamil Nadu state along with a team of four Community Outreach counsellors. This camp was established nearly 20 years ago for the Tamil people who migrated from Sri Lanka due to civil war. As part of the Rural Youth Project being implemented by SIAAP, we organised a meeting with young men…

It’s been five years now since I was expose to facilitating and I facilitated many workshops and interacted with hundreds of people of all walks of life, sharing experiences, answering questions, giving and getting advises, basically communicating with the participants genuinely, honestly and informatively which contributed to successful and productive workshops. But it was not until September 26th 2010 that I experience an approach…

[This story was narrated by a young girl to Houlai, a Communitylife competence facilitator during a SALT visit. He is lovingly called Uncle ACP. He wrote this story and would be happy to hear from the members.]

A girl living in Imbung village in Nagaland, Northeastern part of India had a brother who was HIV positive. He started ART treatment and… Continue

The storm that has devastated Japan is hardly past. But as charities appeal and the public offers up their support, I cannot help but think of the three friends in southern Africa,…

The wisdom of dlalanathi: Reflections on organizational growth

A former colleague recently shared with me a report from dlalanathi (meaning “play with us” in isiZulu), an organization in Pietermaritzburg, South Africa that trains and mentors local community carers of children to use play to have meaningful conversations with children about death.

Founded in December 2000, dlalanathi has experienced tremendous growth over the past decade. dlalanathi’s annual budget went from US$3,784.00 in 2000… Continue

this afternoon we from Bandung youth campaign, met each other to continue our programs.

this meeting held at Taman Ganesha ITB Bandung. our members consist of the teenagers from any background (junior high students, University, and also the facilitators) our facilitator is Wiwin Winarni. we learned much from her...

our activities today start by sharing about our reason why we wore our clothes today....an easy question but it was useful to…

We pray for Japan !

Japan is in the midst of a  burgeoning  humanitarian crisis of  unprecedented proportions
( perhaps akin to miseries of  World War II)when earthquake ,after tremors and devastating tsunami have put …
Continue

How to convert a TI project into a CLCP one

Many a time I have been asked how to implement CLCP activities in tandem within a TI project. 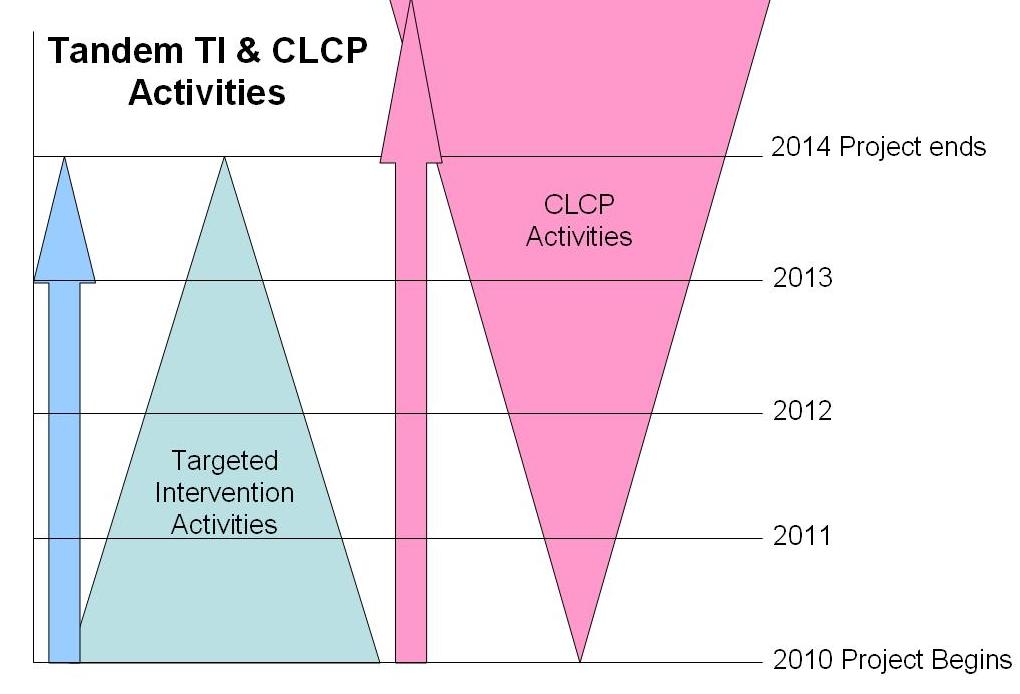 The diagram above helps to explain how within the project timeline the TI activities that we implement reduce as we come close to the endline, while the CLCP…

ICC and UNAIDS celebrate partnership and look to future

At the meeting, UNAIDS Youth Intern Korey Chisholm spoke of how sport can be a force for change through breaking down age barriers and building self-esteem. He thanked the ICC for replacing stigma with support. UNAIDS Intern Shashank Mane, from India, also shared his thoughts on the partnership:

Honorable Ministers, dear delegates all, I come from Guyana and I am currently a Special Youth Fellow for UNAIDS Special Youth Programme in Geneva. I am very active in my country, acting for several associations and organizations.It is a great honor to give an intervention on education, HIV and young people. I feel education is not only the key to prevention of HIV transmission, but vital to treatment, care and support for universal access for young people. A…

In an earlier blog titled, "Why CLCP is far better than Targeted Interventions (TI)", I had stated that I would continue with this blog that would state the main differences between CLCP and Targeted or Traditional Interventions (TI). Accordingly, in order to better understand CLCP and TI, I present a compare and…

Neema women, acts from strengths in the face of AIDS pandemic.

Neema self help group Is based in Kisoko Sub-location, Busia Sub-county. The group consists of 32 women and one man. The group was formed in 2005 May, because the HIV/AIDS impact was gruelling with many people getting infected, knocking several to death, some lying in their death bed, largely of the Busia population hiding in the cocoons of fear and anxiety, and tied to their belief in ‘secrecy’ of the Menace- AIDS. Neema is a Swahili word for ‘mercy’ in English.