When sharing is scary...

I have had "writer's block" for 3 months....
........Or at least that's the excuse I used. I believed it at first. I had 4 weeks of back-to-back field trips, learning a new language, new friends, new places, and an overwhelming sense that I had bitten off more CLCP, ACP, Gender Competence and UNFPA SALT mainstreaming.... than I can chew.
After every field-trip or SALT visit, I…
Continue

FEMALE BLOOD DONORS: ALLEVIATING THE RESISTANCE OF THE COMMUNITY


Soumya and her friends are happy today, because they have witnessed the withdrawal of community notions on female blood donation. A huge number of girls and women donated their blood voluntarily during a blood donation camp conducted at Kannur District of Kerala organized as part of the ‘World…

1. Knowledge and Acknowlegment of ARH

4. Access to information and services of STI and HIV-AIDS

With Love From Manonjaya Tasikmalaya - Indonesia (2)

I initiated to facilitate session on CLCP cycle. I was preparing pictures and papers and the like while I was listening my collegues facilitating session on sharing what students have done and what they have known about CLCP cycle. They stopped me drawing the CLCP picture. Wooww...I just can borrow them. They were splendidly share us steps of CLCP, drawing good picture and can share with us their experience and view point. It reminded me that I'm not an expert of CLCP who's going to teach…

With Love from Manonjaya Tasikmalaya - Indonesia (1)

This is another captured learning I can share with everybody. Lulu and I (facilitators of IndoCompetence) and Rebeka Sultana (Consultant for UNFPA on HIV-AIDS Program) have facilitated Learning Event and Knowledge Festival last week. This three days activity were divided into two session. One was learning event to have self assessment (at two schools) and one was knowledge festival attended by 40 students from two schools and fathers, mothers, service providers and local NGOs, members og ARH…

It seems we need more action in the United Kingdom too http://www.bbc.co.uk/news/health-11072853. My concern is that there is little discussion about HIV/ AIDS just STIs

AIDS Competence with the Indigenous People of Guyana

The National Toshaos Council (NTC) comprising 157 Amerindian villages/settlements is in receipt of grant funds from UNDP to implement AIDS Competence targeting governance level.
In the first instance the executive members [20 members] and two other village
council members will be engaged in the building of AIDS Competence techniques.
The approach then engages four villages’ council and other leaders [youth,
religious, women’s group and sport groups] in…

Kevin Mnone, short, hopeful keen on what it takes to bring comfort in his family is an intern and part of the public relations and resource development team of Metro evangelical services.
His vision is to financially empower himself to be an independent citizen with a tertiary education and sustainable income to make a living and to take care of his mother.Kevin… Continue

Salt has both positive and negative impact. If you apply too much of salt in the food it will be too salty and if you don’t apply salt in your food, the food will be tasteless. Remember the story of Sodom and Gomorrah, when God wanted to destroy the city, he ask Lot to flee out of the city and not to look back, but…

I have made two visits for the month of July in Region 6, [New Amsterdam Support Group and Upper East Berbice Skeldon Support Group] these visits were very important, however, i had the opportunity to discuss with these groups they strength and weaknesses where a lot of weaknesses were shown in these two group.

discussion were held with the Chairman of both groups, where I identified they weaknesses, and encourage them to work more closely with their peer and to go that extra mile to… Continue

Every community has the capacity to respond to life issues, to envision and to act. Facilitators of the Constellation discover and reveal strengths which communities themselves might not realize, by asking appreciative questions. We call this mode of interaction with communities ‘SALT’: Stimulate, Appreciate, Listen, Learn and Transfer.

Social mobilization is always backed by lot of support ,knowledge & capacity building , advocacy which leads to empowerment of the community .
I would like to share one of my experience with an NGO Guria , Varanasi (U.P) , India which works for child trafficking and women in prostitution .

Varanasi is considered as the Holiest cities among all the Hindus globally , beside this the city is having a continuous history of more than 5000 years which makes it oldest living city in… Continue

The shack dwellers, in South Africa: another movement insisting on the local response

POLLING BOOTH SURVEY: A SOLUTION TO ASSESS THE BEHAVIORAL IMPACT OF TARGETED INTERVENTIONS IN CONDOM USAGE AMONG FSWS AND MSMS


After a much awaited wait, the TI Division and Technical Support Unit of KSACS has come out with a scientific solution for assessing behavioral impact of Suraksha Projects in condom usage and safe sex practices among FSWs and MSMs to reduce the risk of getting HIV and STI. Condom promotion is one of… 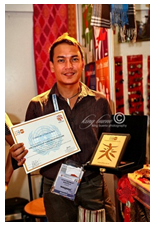 “It was an unexpected recognition from the other side of the world” said John Piermont Montilla, President of KGPP who came home with a certificate and plaque of recognition from UNFPA…
Continue

Returning to a foundation already set!

Aleta, Paula, Lorna, Michael and Autry participated in a ‘Self Assessment” SALT visit with inmates of the Lusignan Prison in Guyana.

We expected reserved participation since the community of prisoners based on their incarceration may not want to be engaged in an exercise related to HIV. Our…

In the main bus stand of a bustling town in Koppal district, a woman was lying in a corner. She was weak and emaciated, covered in sores. She just lay there, did not have the strength to even swat away the mosquitos which were hovering around her.

A small crowd of people were gathering around her, this included some of the Samraksha team. Gradually a discussion started about who she was and what could be done. Someone identified her as living in a nearby village, another also shared… Continue

Let us prevent all these avoidable and unneccessary deaths !

It is imperative to reduce maternal mortality in the developing world in view of the evidence like about 38% of maternal deaths occurring due to haemorrhage (Sample Registration System, India-2005) and the systematic review (WHO) of 34 datasets establishing that percentage of maternal deaths from haemorrhage was higher than previously estimated by WHO .(Khan KS et al, WHO analysis of cause of death: a systematic review, Lancet 2006;367:1066-74).

In India a revolutionary legal… Continue