A Book Project: “Changing our Outlook”

Our work is changing ourselves as well as the setting in which we live and work. And some of us thought that it would be the right time to put down on paper some meaningful experiences and thoughts related to SALT. That is why a team of five Constellation members met in Belgium in April 2010 to discuss a framework for summarizing our experience with SALT in a book and website. The group recognized that we are individuals but also part of a broader movement. We envisioned the final product as…

Attempt to Estimate Nepalis in Delhi

This is in continuation of Dr.Rafique's blog 'Salt visit and AAR in CARE India.

This report pertains to the follow up of the visits that is detailed in the document titled, ” Attempt to Estimate Nepalis in Delhi in four days“, which was of the week starting from 27th April with visits to Sharaul Gaon, Indra Vikas Colony, Azadpur and Kirti Nagar. The team reached the Sharaul Gaon venue in order to meet more…

NGO workshop on application of SALT technique in community based intervention

SALT visit with staff of the Ministry of Amerindian Affairs

Eleven staff of the Ministry of Amerindian Affairs, from all strata, cleaners, supervisory, middle management and senior management, participated as the “community” for this SALT visit. The purpose of the SALT visit was to ascertain strengths of the staff to becoming AIDS competent. The SALT visit Facilitators were Michael Mc Garrell and Autry…

I was just one week in Indonesia and filled with all the feelings one has when in a new country - excitement, apprehension, curiousity... So, armed with just a 1-page ToR and an Indonesian Language Dictionary I was sent along by my new employer, UNFPA, to the ACP Facilitators Conference in Bogor, Indonesia.

First stop... the CLC website, where I started reading the blogs and working my way through some of the ACP learning materials. I couldn't believe what I was… 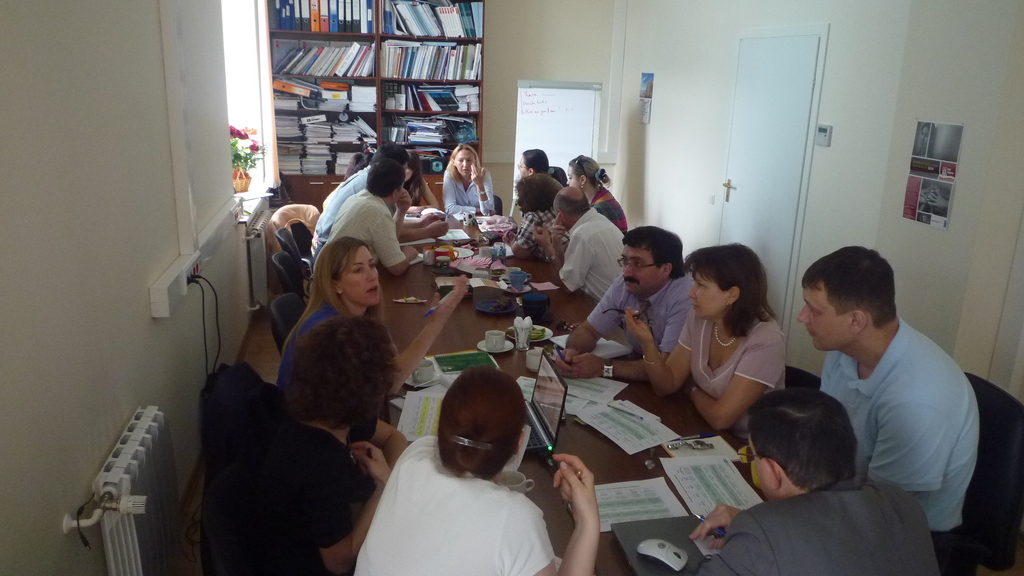 Today our team started the morning from an interesting discussion. We met with Mr. Jean Louis Lamboray, the… Today Gaston invited me and Dewi for a skype call to discuss about our experiences on TRANSFER. Some of my thoughts are as below: - Share has lots to do with transfer. By sharing stories, small changes we invite others to be interested to CLCP. - When you share do not look at the big prize that organizations, people will adopt CLCP immediately. Share with inspiration and be one with that inspiration, create the energy. Results will follow. - spread the seeds in the field ( this is Lulu's…

Johanna, gains will power to reduce stigma and discrimination due to HIV in the Dark City.

Johanna, gains will power to reduce stigma and discrimination due to HIV in the Dark City.
Johanna Mbuyane (Middle) 48 years, is a widow staying in Dark City, Ekangala , Gauteng Province. She lost her parents some years back. She has then had to fend for herself to meet her daily needs. Johanna began by sharing the traditions and cultures that predisposed the life of young ladies to Risk and Vulnerability.
“My father couldn’t let me go to school because it was against his Culture to… Continue

Couples tell their Story of Relationships, Health and Healing in the face of AIDS.

St Joseph’s Team, with Onesmus from the Constellation, visited Amos and Sarah Koza in the home of Amos’s parents at Zithobeni Township, Bronkospruit on 24 March 2010. The home of Amos was pointed out as a highlight of the Home based care program of St Joseph when the group reflected on their timeline. When we got right at the Gate, Amos on a walking aid spotted us from a distance and came over to welcome…

We are pleased to announce the formation of India Competence.

India Competence is a network of organisations with a strong belief in community strengths and committed to the spread of AIDS Competence Process. The network is characterised by a non-hierarchical structure with a yearly rotating host organization starting with SIAAP and aims to (i) go to scale with the approach, (ii) adapt it to help communities respond to their key issues, (iii) coordinate the facilitation of local… Continue

SALT as a way of thinking and a way of working

Last week, held in Bogor, some ACP facilitators to met again. Bogor is a city that connects Jakarta with cities in West Java.It is about 2-2,5 hours away by bus from the international airport Soekarno-Hatta, Jakarta. Bogor, a haven was once the Dutch officials who will be traveling from Jakarta to Bandung (capital of West Java). Bogor also has botanical garden (tropical), one of the most complete in the world. The city is nicknamed the city of rain, because it's rained… Continue

A group of volunteer came together and a meet was held On 14th of May 2010 3:00 Pm Interactive chat on the internet via Skype to share our vision for ACP/CCP in the North East was organized. Focusing on setting up of a North East Facilitation team.The discussion was Initiated by National Coordinator Rituu Nanda India Competence also the Constellation Support Team Member and Dr. Maii as Coach for the discussion. Below are the… Continue

A highly objectionable public notice about an HIV infected person has appeared on page 5
in MIDDAY newspaper (Mumbai edition) of 15th May,10
http://www.mid- day.com/epaper/ index.htm
A 'responsible' newspaper of…
Continue

A theoretical and field SALT exposure in Kolkata

Dear Friends,
Recently I have got an opportunity to be in a theoretical "SALT Session", along with a day long field visit towards it's "Practical Implementation" in Kolkata invited by Dr. Rafique of CARE India Team.
It was very use full sort of reorientation for self-stimulation and self-recognition as a community representative of People Living with HIV.
As a matter of fact, I…
Continue

We have in the last three weeks begun introducing CLC and ACP in the EMPHASIS project of CARE India. The difference is that SALT visits in CARE show how SALT can be used to achieve CARE's + Community's objectives, dreams and so on...Moreover, it is useful as a tool for impressing on other International NGO's that you need no additional investment, and you get better returns on your own indicators, if you practice SALT. Finally, the field teams have…

SALT: ‘Confession with everything turned upside down’.

Recently I had the opportunity to spend a week working with a group of young people. We spent the time in a world very different from their normal environment of a large city. And you could say that the week was about
appreciating the strengths of these young people.


At the end of one the sessions that I ran, one of my colleagues a retired priest started to talk to me. ‘You know’, he said, ‘what you do is very similar to Confession, but…

It’s been almost two (02) years, since January of 2008, that Handicap International is implementing the project of “Empowerment of People with Disabilities and Strategic Partnership to Reduce Their Vulnerability to HIV and AIDS”. The project is basically focused on improving their capacities to advocate…