Attempt to Estimate Nepalis in Delhi

This is in continuation of Dr.Rafique's blog 'Salt visit and AAR in CARE India.

This report pertains to the follow up of the visits that is detailed in the document titled, ” Attempt to Estimate Nepalis in Delhi in four days“, which was of the week starting from 27th April with visits to Sharaul Gaon, Indra Vikas Colony, Azadpur and Kirti Nagar. The team reached the Sharaul Gaon venue in order to meet more people and to follow up the work done by the community on the snowballing method.
We reached in time but there was no one in the room. However, within five minutes two people arrived for the meeting. As we assumed no one else would turn up for the meeting, we started the meeting with the available two people only. One of them was present in the previous meeting when Audrey had visited, while the other one was coming for the first time. Both of them were very anxious about our intention and why we are working with the Nepalis. Moreover, they were more worried about the tangible benefits, they could get. Hence, we started updating these two people about our last visit to Sarhual gaon. In the mean time, four more arrived and I kept talking to them in a SALTy way and could realize that the rapport that was building between us. Soon, many people started dropping into the community hall, so that within fifteen minutes there were 26 people of which only one person had attended the last meeting. Consequently, I updated all of them about the last time we had met. Like the ones who attended the previous meeting, this group also agreed that unity among the Nepali population in Sarhual Gaon is lacking. Moreover, they acknowledged that though lack of unity is a weakness today, this weakness of today can be turned to a strength of tomorrow.
However, they agreed on the fact that to get united its important to trace all the Nepali’s in the area.

When we asked each individual how many Nepalis they individually knew they responded like last time, that they know about five or more people. So, we requested them to jot down the names of those persons whom they knew personally. To our surprise when we added up the numbers it came to 200 people. 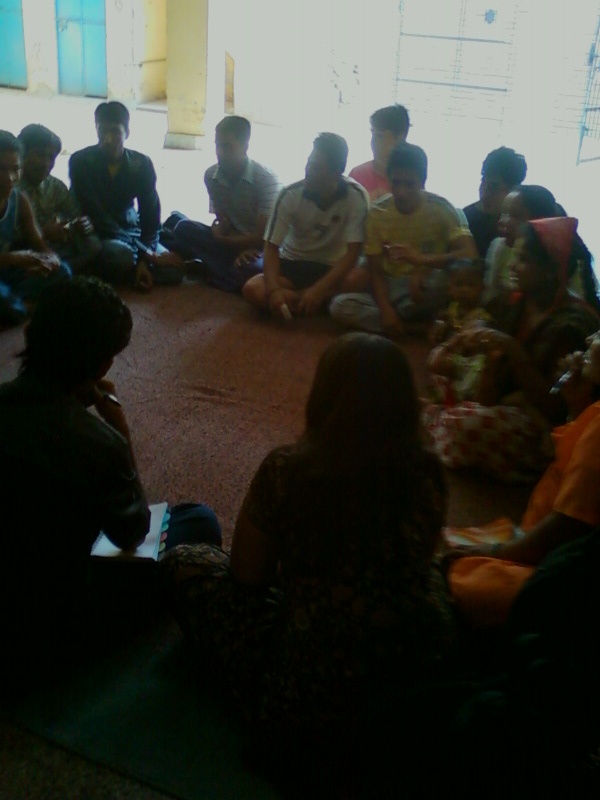 I shared the fact with the community, that initially we could get only five names each, but now when we assimilated everyone’s inputs we could get about two hundred. Accordingly, the members of the community present were as surprised as we were. Subsequently, from the list I took out one name and asked the group present whether
they know the person, and all of them said ‘no’. 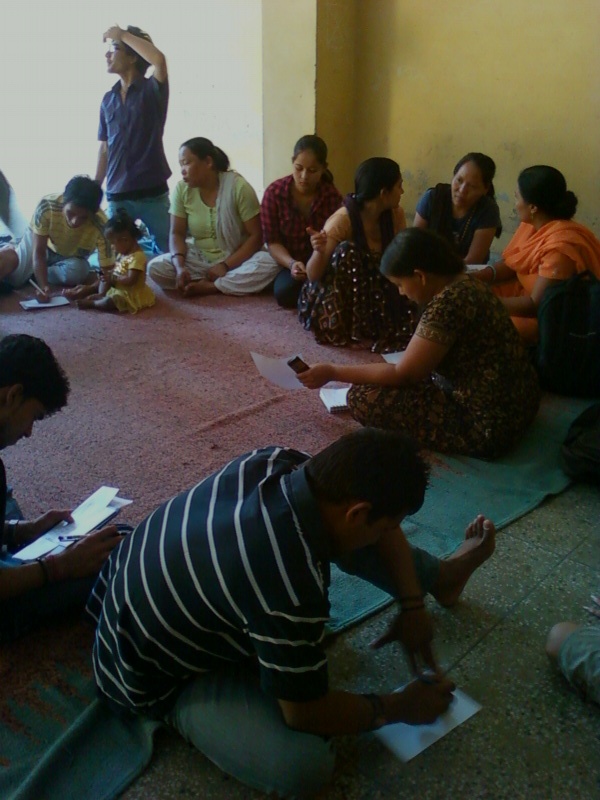 This gave the EMPHASIS team the opportunity to explain to the community that they should reach out to each individual they have listed, and add on new names with the help of the same person whom they have approached and listed. Moreover, all of them also agreed to the fact that only the names of Nepali people are not enough to get connected, and make an association. Accordingly, some more details were required. Thus, names, father’s name, age, gender, address, mobile no, place of origin in Nepal are similar contact details were vital to complete the list.

The meeting dispersed with the agreement that we could meet again on 16 May’10 in the same place.

The After Action Review
What was supposed to happen?
We hoped that there would a crowd at least 50-60 Neplali people waiting to meet us. All the five people of the previous meeting would be there. We will be able to hear voices of more Nepali people, who will share their problem, experiences and hopes. The Field team also sought to get approximate disaggregated data by age, source, and duration of stay for the Nepali population in Sarhual Gaon.

Why were there differences?


The field team did not approach the previous group members who attended the meeting. Nepalis who came for the second meeting was not very clear why they have been called for the meeting, thus they were very suspicious about the field teams intension.


What can we learn from this?

We learnt that we should follow up the key person prior to the meeting. We must clearly tell people about purpose of our visits.
We also learned that “snow balling” through communities is possible and less time taking.
We can help the community to realize their strength.

Comment by Gaston on June 4, 2010 at 8:07am
Moushumi, interesting blog. My experience matches yours in a way that it's always difficult to get the same people in the room (or under the tree) the 2nd, 3rd time. Sometimes even with the chief's organisation. Communities are so organic and everybody has their own agenda of which our visit not always is the priority.

As icebreaker in the beginning when people feel anxious or don't know what to expect, we can share that we actually want to learn from them. And we can even ask them to teach us some Nepali words for example. This worked wonderfully when I was in Nagaland one time. I learned so much of the local language, the ice was broken and people felt at ease!

Thanks for sharing your experience. It is interesting indeed that people discover that there is a community out there of people who are from the same country and who probably share the same challenges.
Why do you focus on Nepali people? Are they more vulnerable?

I find it great that you integrate a SALTy attitude in your projects with Care International. It shows that SALT is not a separate 'project' but that it just means that we change the way we interact with people.

Thanks for your sharing. I learnt about the snowballing technique. Great to see the EMPHASIS Team so active.