If I were to rate the most powerful moments of my work with communities, then Knowledge Fair in Assam would stand out. It was messy, confusing at times but very enriching and a delight to one who believes that communities can do things for themselves. In Assam, for the past one year we have been working in 90 villages in 3 districts with two organisations- VHAA and CNES. During the Knowledge fair we organised four events in April end. We did one event each in the three districts and the…

People used to think of themselves, now they think about the whole village

(This blog is by Asha Meghwal, Outreach worker, Block Jhadol from Medtronic Foundation funded, Abt Associates supported and implemented by Catholic Health Association of India (CHAI) in Udaipur, India. The HealthRise project is using SALT and CLCP for patient centred approach to Diabetes and hypertension. Asha is a SALT facilitator whose blog I translated into English. Asha is very strong in documentation. Thank you Asha for sharing! Photo courtesy Asha who is sitting on the left…

Status of sanitation under my catchment area

My catchment had only 20 Toilets by then in 2016. It was a pathetic place to live in.Imagin out of 700 households only 20 where functional. Being new in the area wondering were to start from clouded with alot of sorrow and thoughts seeing a lot of diarrhoea diseases such as dysentery and heavy diarrhoea. It was not easy beloved friends. Our community is gifted with a lot of natural resources but all it needed was skills.Friends down the lane we started teaching…

The Mandala of our Truths - A tool to explore tensions 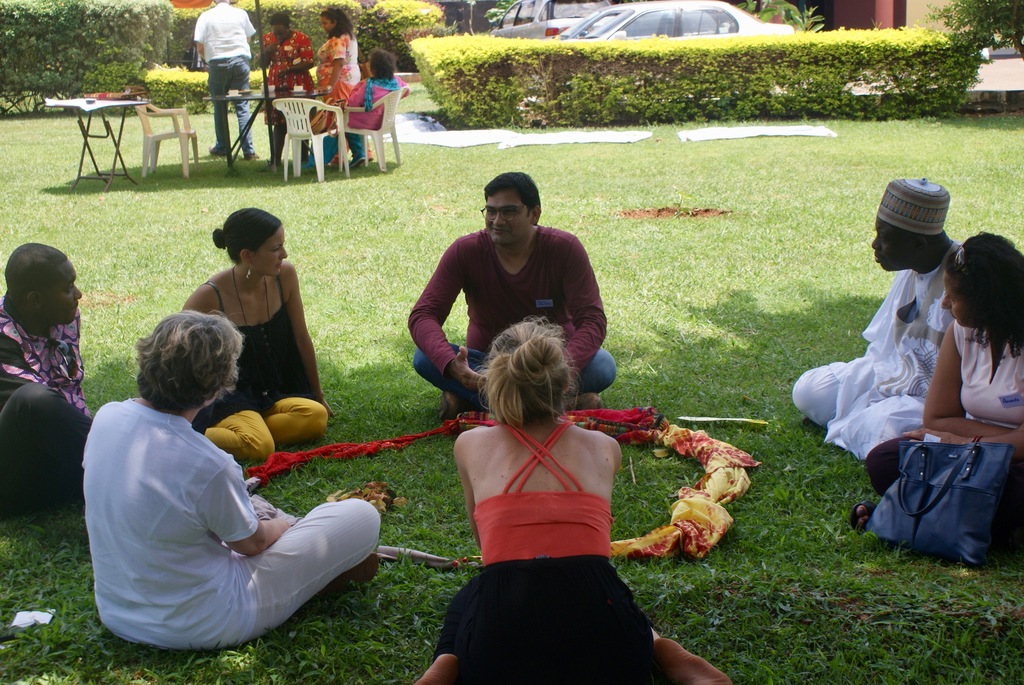 As part of the “market place”, Belcompetence has chosen to showcase a few tools different facilitators have been experimenting with and which may be relevant to strengthen our practice of SALT/CLCP. One such tool is called the “mandala of our truths”, and it is part of something called “deep ecology”, and specifically…

During the month of April 2018, Loli, Luc and Sophie Piquemal were invited to meet various associations of a city in the suburbs of Paris (France), Les Mureaux. That invitation aimed at investigating to what extent the Constellation could collaborate with a local initiative of "Mieux vivre ensemble" (…

Together, our dreams comes true

Twelve participants and three facilitators went on a SALT journey 18-20 April 2018 in Maastricht, the Netherlands. These participants were employees of the organisation Vluchtelingenwerk, an organisation that guides refugees who just acquired their dutch status throughout their integration. The main focus of the SALT training was then also how to enable empowerment within groups.

My Experiece at ASSAM KNOWLEDGE FAIR with The Assam SALT Team working with Immunization and other Issues.

The ASHA's despite of a mere incentive from their activities, the enthusiasm and and dedication in bringing the concept of SALT in the community with other issue other  than immuzation is really wonderful.
The involvement of health departments including the Block Community Mobilizer and District Community Mobilizer in the Knowledge Fair will give a positive impact on SALT process in the next phase of the project. Which will…
Continue

Botswana encourages communities to take the lead in HIV response

(I had the privilege to talk to Gloria, Acting chief information, Education and Communication and Chanana, information, Education and Communication both from National AIDS Coordinating Agency (NACA), Botswana Government. Here is a note from our conversation. It was held in Entebbe October 2017. Kudos to NACA and Botswana Government have recognised the critical role of communities for an effective response to HIV and have taken a bottoms up, strength-based…