If I were to rate the most powerful moments of my work with communities, then Knowledge Fair in Assam would stand out. It was messy, confusing at times but very enriching and a delight to one who believes that communities can do things for themselves. In Assam, for the past one year we have been working in 90 villages in 3 districts with two organisations- VHAA and CNES. During the Knowledge fair we organised four events in April end. We did one event each in the three districts and the finale was a state level event at Guwahati where community members of the three districts came together.

So what made it special?
The first and most important reason was that these events were  not about the external stakeholders and facilitators like us. We were not the key audience and participants, the community members were. They took the centre stage...while we listened and appreciated. They took the mike and many of them for the first time and proudly shared the small actions they have taken for the health of their children. " When you came to our village for the first time, we thought what would you bring us in terms of money or schemes. But now we realised that you had come to provide us a platform to share our dreams and hopes. You made us realise that we have a responsibility toward our own village."

We dared to dream...and we are happy to share where we stand today...Communities from Bongaigaon, Kamrup and Udalguri speak...noted Ruchira 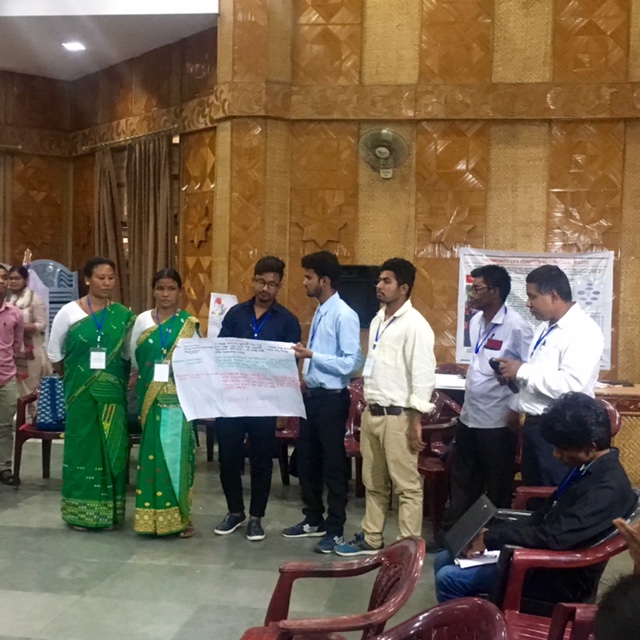 They came with their dreams, self assessment and action plans.
I saw community members sharing the drawings of their dreams, taking notes, discussing deeply. 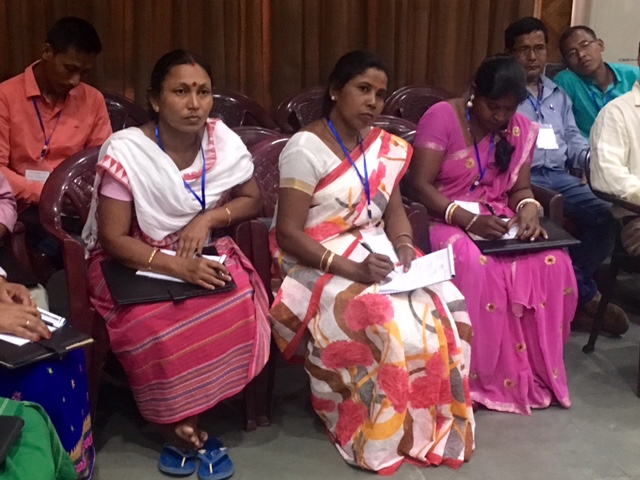 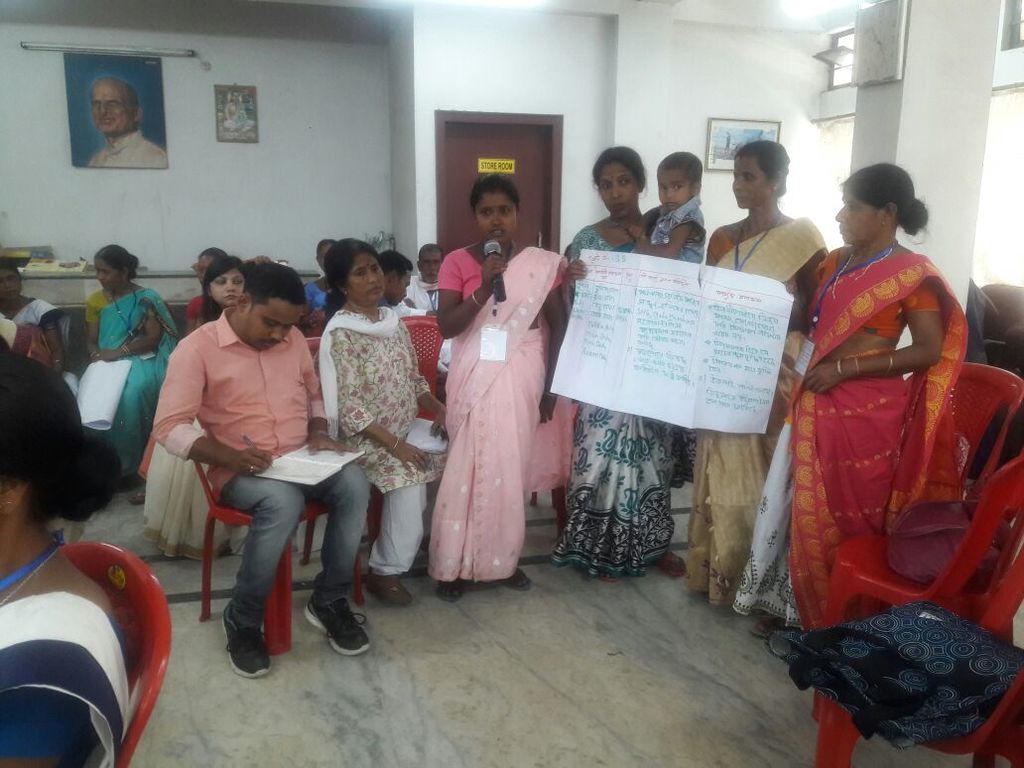 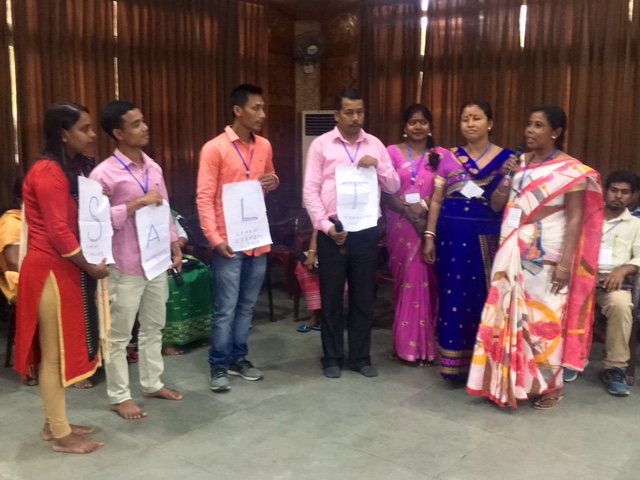 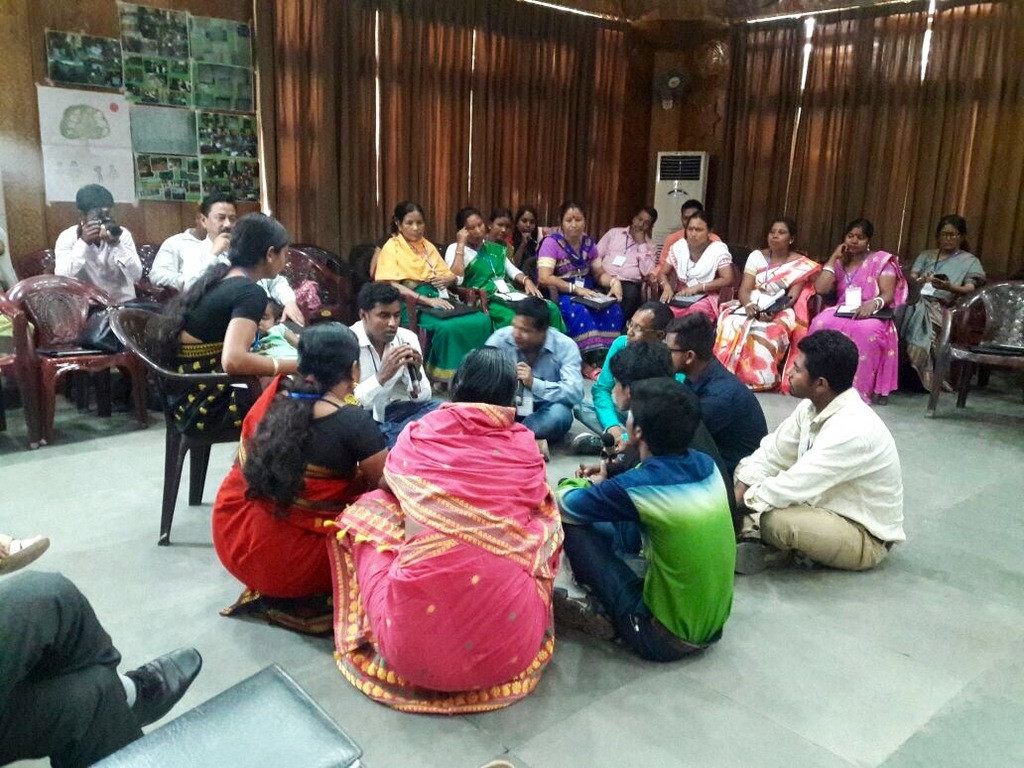 Facilitators from outside the state of Assam who use SALT for other issues-bonded labour, child labour, diabetes, drugs, HIV, hypertension, livelihoods safe drinking water, sanitation, TB etc. Thus the Assamese communities learned how they could take action on different issues like from Chhattisgarh state team. Says Jahirul, facilitator from Bongaigaon- Today we visited kheluapara pt vii of bongaigaon district and met with the champions of the village who took part in the Knowledge fair. Words from them were "the chattisgarh story of bonded labour gave us an inspiration that not only men but also the women of the communities have the power to change the structure of the community and we would use that process of working in our village for the development during the second phase"
I realised that SALT goes much deeper...it needs skills to get the nuances of the stories and skill to document them. One woman from Kamrup shared that they always boiled water in their family but after the dream building she felt that she had responsibility towards other children in the village. So she begin to tell others to boil water and she even went  to check if they were boiling the water. She had this knowledge but transferred it only after CLCP. An example what a common dream can do.
What happened after the Knowledge Fair?
Really great that KF has such positive impact for simple living villagers whom SALT has opened up their horizons to look up to achieve great things for their own development.
"Earlier I was unaware of the benefits of immunization but after the start of SALT i came know about it and through the Knowledge Fair I was able to learn from others and also the interaction with them in a group made it a good one through which i could transfer it to others"- words from the champion of Bashbari No.4 village (Jahirul on whatsapp)

It was really a great observation to see the positive energy of the champions after the kf and now this champions have taken the responsiblity to take this process to the other nearby village where the people are demanding for it. (Jahirul on whatsapp)

New members of the community who are ready to join the champion list to work for the development of their village. It was a great thing to know that after the champions returned from ghy kf many people of the village visited them to ask for the programme and what they did is showed them the skit which we performed during the bongaigaon and guwahati kf and asked them to join the champion groups to work more effectively for which they came today to have a discussion on it.

Wow! What a wonderful experience sharing from the champions of the communities where our Facilitators had work hard for the past 1 year. I think bringing communities together and giving them a platform itself is what SALT stands for. It was indeed heartening to hear communities speaking on the microphone with such confidence.- Ashok Rao
What worked in facilitation of the Knowledge

What can we do better next time Other blogs on KF in Assam 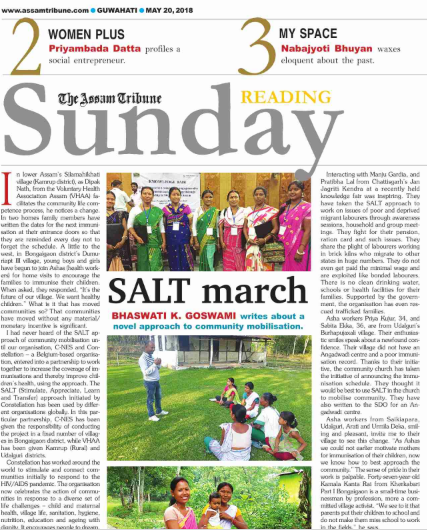 Thanks Sohail for your virtual accompaniment...gives me energy.

It was astonishing to see what communities can do after one year of SALT. We saw local response, and also beginning of transfer to other villages and other issue.s Now, I would like to see more of transfer and work towards a sustainable response.