Working with local government structure for response to diabetes and hypertension

Background: Under the HealthRise project, Catholic Health Association of India (CHAI) is facilitating SALT and community life competence process for strengthening patient centred approach in the state of Rajasthan, India. As part of this project, the CHAI team has set up patient support groups and we are using SALT so that the groups can own the issue of diabetes and hypertension and take action. Technical inputs: Dr Sameer and story credit: Asha, Brinda and Sharad.

I want  to share an example from a Village in block Jhadhol, Rajasthan where CHAI team collaborated with School Management Committee (SMC) in the village. Right to Free and Compulsory Education Act 2009 (RTE) mandates the formation of SMCs in all elementary government, government-aided schools and special category schools in India. SMCs aim to build a bridge between the community and the school and are primarily composed of parents, teachers, head teachers and local authorities.

Why did CHAI team think of SMC? CHAI team noted that Self Help Groups are composed of women whereas SMCs have both men as well as women. So tapping SMC can be more useful in strengthening the Patient Support Group. Photo of some members of CHAI team: 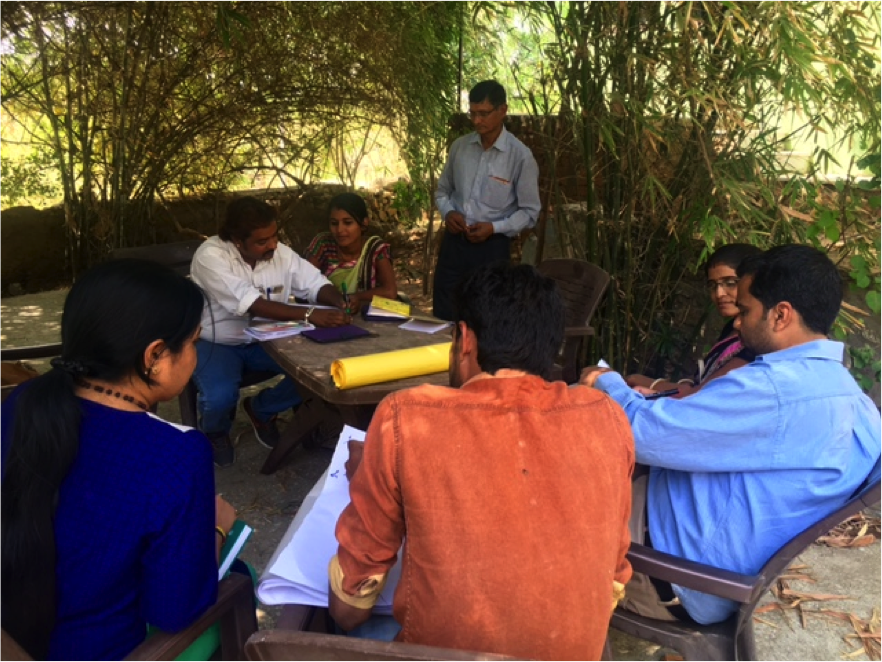 Here in this village the young male teacher who was coordinating the SMC wanted to make it more vibrant. CHAI team felt that SMC if activated could be a big support to the patient support group. Villagers respect and listen to the Teacher. Therefore the organisation CHAI and the teacher decided to combine a SMC meeting with SALT process for community and patient support group response to diabetes and hypertension.

School as a venue would be easy for the villagers to sit and have a conversation. Therefore when the teacher invited the members of SMC a large number of them came. CHAI team used SALT process of appreciation and listening to facilitate this meeting. They observed that the members enjoyed the conversation. However there was one person who wanted to know what CHAI team could do for the village, what it could provide to the villagers. Gradually through the conversations he realised that the SMC had the capacity to address the issues of the village. For instance there was a discussion on the issue of water problem in the school and the village. The ward panch ( a senior local government functionary), who is also the member of SMC said that he would ensure that a water pump is installed near the village so that it can be used both by the school as well as the villagers. The teacher was happy that SMC meeting was held and also was documenting the discussion. He has even joined the CHAI team for SALT home visits.Picture of list of actions in the meeting: 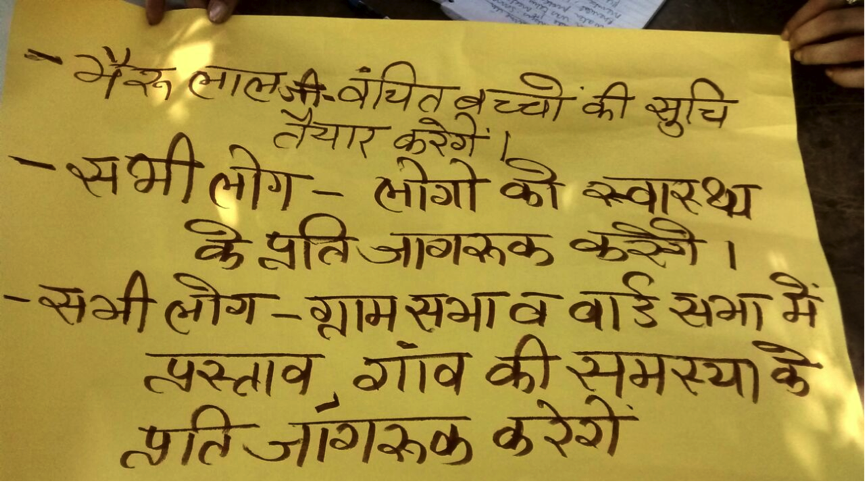 So, what was my takeaway from this experience?

CHAI team got support from a group of key people in the village through one meeting. They used the local government structure, School Management Committee (SMC), which can be an element of sustainability. They found support in the Teacher who has joined them for SALT visits.

What I like about the blog is that SALT is not 'another thing'. Rather it works its way into the current structures and becomes 'another way'. The blog shows that working in a very satisfying way.