People used to think of themselves, now they think about the whole village

(This blog is by Asha Meghwal, Outreach worker, Block Jhadol from Medtronic Foundation funded, Abt Associates supported and implemented by Catholic Health Association of India (CHAI) in Udaipur, India. The HealthRise project is using SALT and CLCP for patient centred approach to Diabetes and hypertension. Asha is a SALT facilitator whose blog I translated into English. Asha is very strong in documentation. Thank you Asha for sharing! Photo courtesy Asha who is sitting on the left in black and white saree) 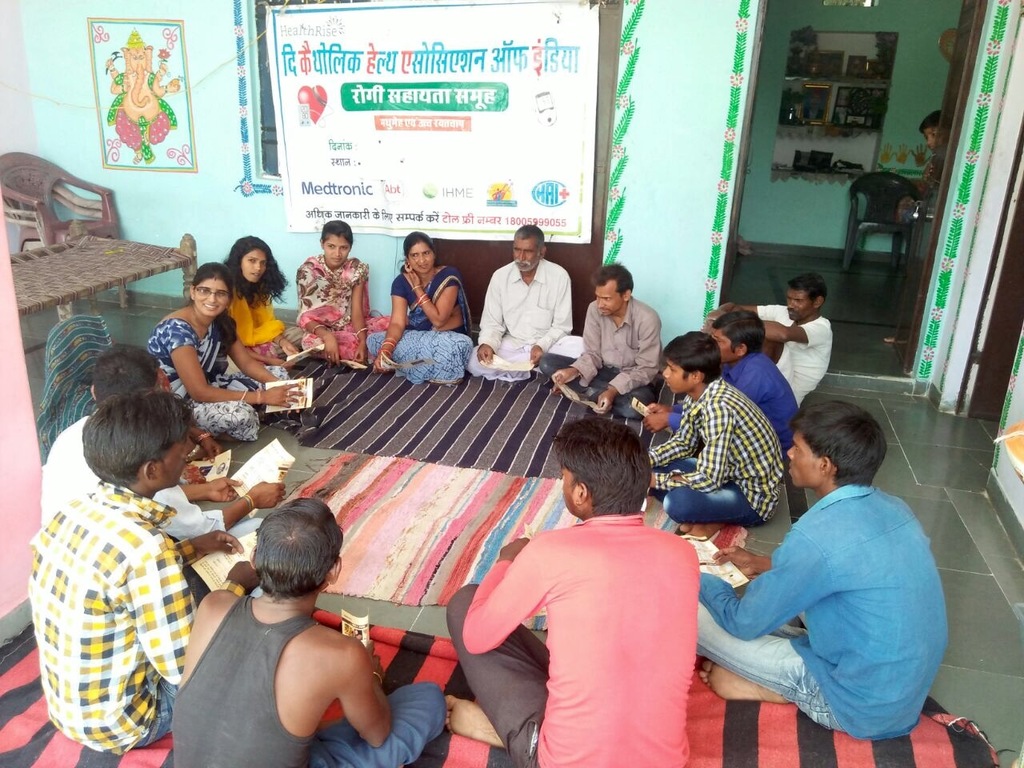 Before SALT people used to think first of themselves
Now they think about the whole village
They solve their problems on their own.
Sit together and resolve their conflicts
After SALT there have been many changes in the community people
These type of meetings have never happened in the village before
After SALT, people in the village have become more conscious about the disease. Earlier people were not very aware of their disease.
Earlier people used to not speak in the meetings, only we used to speak
Now people have become so active that we have to interrupt when they are speaking
Now all responses to our queries come easily

Example Earlier we used to organise the meeting, we used to provide information on diabetes and hypertension. We used to not talk about anything else.  Since we have been using SALT approach, the atmosphere in the meetings has changed completely. After SALT there has been a tremendous change in the people. We have explained to the people about themselves and about the village as a result the motivation is high and they have started acting on their issues and plan to hold  their meeting on their own.