In Haiti, “Homes and Land are the Source of Life”: International Forum on the Crisis of Housing Below are excerpts from the International Forum on the Crisis of Housing, held in Port-au-Prince May 19-21, 2011. During the forum, hundreds of Haitians, plus allies from around the Americas, developed strategies to force a solution to Haiti’s… 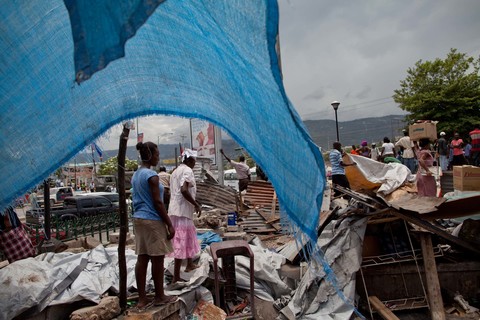 On May 23 and 25, police in the Delmas district of Port-au-Prince destroyed camps which sheltered people who were otherwise homeless since the earthquake. Police and other municipal workers beat and arrested residents, and physically threatened the lives of a human rights lawyer and an advocate who had come to…

After attending the S.A.L.T on May 19th 20110, with Sexual Minority Population, i hav gained the following experience.

- How to be an effective and rfficient facilitator

- How to look for strength in the various Communities and build on it, which will strengthen the other weaknesses of a given Community.

- How to engage in the various Communities to find it strength and the way of working to enhance that Community learning on their different strengths.

Field visit to Srinagar, China Garden on 26th May

Field visit to Srinagar China Garden on 26th May 2011

Today Project Coordinator Manita Sharma and ORW Tilak Thapa went for a visit to Srinagar, China Garden. As we entered the fast food restaurant the one of the shutter was half opened and some of the NMP single migrants were sleeping inside. As we got entered into the other room three boys (Parihar, Hari, Rana,) were cutting vegetables, boiling rice…

“Everyone expects there to be a new problem daily in Haiti.  I can’t concentrate on problems each day,” said Roseanne Auguste, coordinator of a youth art program in the sprawling, under-resourced Port-au-Prince section of Carrefour-Feuilles. The program is run through the community clinic Association for the Promotion of Family Integrated Health (APROSIFA).

Meeting with Network in Thane of People living with HIV

Brief Introduction among the members of the positive network and members of other NGOs:-

Sachin Kulkarni, Project Coordinator of NTP+ gave his introduction and induction about the Positive Network.

NTP+ is a non-profit organization and has started a journey of forming a CBO of People living with HIV&AIDS. It was founded by seven PLHA in the year 2004. It’s a district level Network for PLHA in Thane. It is affiliated to network of…

Day 1: In the morning there was 1 hr time given to observe and ask questions on the Displays of the different NGO’s (Implementing partners) on the work one by them so far.

Post which we had 5 simultaneously discussions on various topic.

RCTs: A band-aid on a deeper issue?

I finished the book weeks ago. When I closed Dean Karlan and Jacob Appel’s “More Than Good Intentions: How a New Economics Is Helping to Solve Global Poverty,” I had many notes and reactions jotted down but they hadn’t yet gelled. Something just didn’t sit quite right with me and I was having trouble articulating it.

Of course that’s related to… Continue

Reasons for Hope in Japan

My friend Val, from Elos Institute in Brazil wrote me recently:

I love your questions about what can be done right now, what are the possible solutions. Yesterday I attended a philosophy class and people's perspectives about the world were so dark and hopeless... I immediately remembered of you and other people giving a step towards what you believe can be done to make things better.  I would like to hear  what are the things that are being done now. I… Continue

Guyana coaches T&T delegation in use of ‘Community Life Competence’

Delhi Knowledge Fair: The innate Knowledge of the Community

Every CLCP event from the biggest Knowledge Fair to the weekly SALT visit or even a opportunity to talk to a person in the community is to me a learning experience, and a positive one at that too.

During the recent Knowledge Fair, Shyamalai the Bangladeshi lady wanted to ask me a question. However, I could not answer her during the session. So, I sought her and with Moushmi as a translator started talking to her. She stated that she did not have much to ask…

Ownership of practices / elements of self assessment

A community that is competent takes ownership and responsibilities based on its strengths. In the process of being competent they build their own dream of an ideal community and develop specific actions to achieve that ideal situation. The specific actions the community develops are based on self- assessing themselves as to where they are now with respect to achieving their dream.…

Connecting Local responses around the World

An amazing sentence! Connecting not creating, not building, not capacitating!!

At the Knowledge Fair organised by the India Care Emphasis team in New Delhi, someone asked." What is new about SALT? As development professionals we have been appreciative and participatory even before. We have been listening to communities." It got me thinking:  what was new ? Was it that earlier we involved communities but the agenda was…

Last week, I was in Delhi learning from an amazing effort of bringing the CLCP and SALT approach into an extremely difficult environment of cross border migration attempted by the Care Emphasis team inspired by Mohammed Rafique.. The teams were working within the constraints of a highly structured programme with largely quantitative deliverables. They were pushed, challenged by the donors and felt dejected about what they could do. Yet when the community stories began to be shared, they were…

So i am a very late in sharing my experience in Lethem. Sometimes we fail in telling a story when at the right time, it has dawned upon me that time waits on no man and that we should tell even if its in a couple of words the story. I have been busy, yes, but i could have made the time to share the story. Better late than never...

Travelling in to Lethem was a nightmare, the journey was long and tiring; what it does however is provide lots of time to reflect on life and what…

Community based Organizations reflection during ACP in Mozambique

Members of 40 Community based Organizations from Matola and Boane in Mozambique had opportunity to participate and deeply engage on ACP by participating in the  invent hosted by Handicap international in Mozambique with the support of constellation coaches. The reflections were so deep in a way that revels the capacity and strength of people and communities to identify, care, stimulate and change…  …

On May 12th 2011 at a one-day Training Session, which was held with the Social Workers, Counselor and Leaders of Support Groups on AIDS Competence, the participants were drawn from 13 Treatment Sites across Guyana.

The training was geared to empower persons living with HIV, Social Workers, Nurses along with TB personnel who are involved in the care and treatment of PLWA.

The way of Thinking was introduced to the participants through topic:  “ARE…

Want to become a good leader? become a good listener! A good listener respond to advice or a request. Here are two stories of what happens when we don't take time to listen. The first is from a young woman hurt by a manager who constantly cut her off: We expected he would wait and give us answers to serious questions about our work. Many times he walked off when we were in mid sentence, having heard nothing.

The next is from a youth director who was fired: after serving the boss for 3…

Introducing SALT in the WORKPLACE on 10th May, 2011