The past 2 weeks have found Boris, Autry and I in Suriname working with a fantastic team to integrate WASH (water, sanitation and hygiene) with the community life competence process.  There is the phrase - 'Water is Life'.  We have heard reflections this week that you can have water, but no real 'life' in communities.  Trust, respect and vision are also needed.  The skilled, passionate, committed team in Suriname is going to teach us all alot about this in the coming months.  Thank you in…

I want to share an experience on creating a new framework and would like your input on my main question: when is a framework most effective?

Creating a Self Assessment Framework in Surinam

We're applying the CLCP to WASH (water, sanitation and hygiene) in 16 villages in Surinam. During the first week of the project we transfered the process to 30 trainers and facilitators. During this week we also created the…

In Surinam during 2011 we (Autry Haines, April Foster and me) facilitated a WASH program with 20 villages in the interior. We cooperated with the Surinam Red Cross, The PeaceCorps, FOB and Unicef. Core to the program was the integration of CLCP and the International Red Cross WASH program named PHAST. As this prorgram is well on its way I wanted to share my learning with you. It became quite a document so probably suited for those who really want to get into WASH and are interested in…

"I must say, at first when I was being introduced to this Process, I was apprehensive. I see potential and I kept saying yes it will work, but at the back of my mind, I was thinking somethingelse. Now that I have been with you, these past seven days in the communities, I am appalled at what I see happening, THIS PROCESS WORKS! In fact I am happy that I made the effort…

Status of sanitation under my catchment area

My catchment had only 20 Toilets by then in 2016. It was a pathetic place to live in.Imagin out of 700 households only 20 where functional. Being new in the area wondering were to start from clouded with alot of sorrow and thoughts seeing a lot of diarrhoea diseases such as dysentery and heavy diarrhoea. It was not easy beloved friends. Our community is gifted with a lot of natural resources but all it needed was skills.Friends down the lane we started teaching…

Strength of After Action Reflection

This journey began in May 2011 when I return from the learning experience applying CLCP to WASH in Suriname. I was aware of a similar project in Guyana being implemented by Red Cross. Now I understand that it as a collaboration of the French and Guyana Red Cross project but that had ended but that a new phase was about to begin. A casual conversation with Xavier Zimmerman and Suparna Bera-Narine resulted in “We are interested in you making us, our Facilitators SALTy or learn the…

In the main bus stand of a bustling town in Koppal district, a woman was lying in a corner. She was weak and emaciated, covered in sores. She just lay there, did not have the strength to even swat away the mosquitos which were hovering around her.

A small crowd of people were gathering around her, this included some of the Samraksha team. Gradually a discussion started about who she was and what could be done. Someone identified her as living in a nearby village, another also shared… Continue

We all are Japanese today !

The agony of the Japanese humanitarian crisis continues where earthquake ,after tremors and devastating tsunami rendered millions of people without water, electricity, homes and what have you. The series of unfortunate developments at the nuclear reactors are the proverbial 'last straw'(hope and pray they are the last ones)breaking the camel's back.

Crowdfund a local response: in Sankuru, together against monkeypox

What is a local response and how can I help?

Local teams respond to their current challenges and work towards longer-term dreams by encouraging local ownership of issues and solutions. This is what we mean by a local response.
Some teams have more pressing needs than others at any given time, and would benefit greatly from your support now.

In Sankuru, together against monkeypox

Are we drinking properly filtered water?

SALT Champions have been encouraging the community as part of their action plans for safe drinking water in Borjana village under Srijangram health Block, Bongaigaon district in Assam, India. The action plan came after they compiled their dream and did self assessment of their dream. As a result 50-70% people in the village have started boiling or filtering water. They use hand made water filters.

Photos of dream building and self assessment meeting held on 22nd…

As the Constellation ventures into 2015, it is with sincere appreciation I am reflecting on the overwhelming response from all of you towards the Nomination of The Constellation for the 2014 Health Systems Social Media Awards.

It was truly inspiring; it offers hope for what the Constellation can achieve with our accumulative support to local response. Seeing the endorsements was great, but seeing that it came from all continents was so exciting! Showing that 'seeds of SALT'…

I have been facilitating SALT process in Bongaigaon on child health but during COVID-19 lockdown these villages are responding to COVID on their own.

Some families of Kerkhabari village of Bongaigaon, Assam (INDIA) had get the problem on essential food for Lock down. They are daily wage earners and dependent on daily income for survival.

Action number 1. Daily wage earners are not able to go…

Drum, dance and smile: the Congolese explosion of energy

Last Sunday around noon, Gaston, Mimi and I stepped into the little yard of 'PECS' center (Projet d'Entraide pour la Chaîne de Solidarité) for street children. The boys were excitingly running around, playing football, washing their clothes and gently fighting as young boys do.

Most of them live a hard life in the streets of Kinshasa. Some of them take… Continue

Guidelines of NACO,Government of India for PLHIV in reference to H1N1

All HIV infected persons, especially those with low CD4 count, are more prone to get different bacterial and viral infection as compared to general population. At the present time, there is no information about the risk of the H1N1 in people with HIV/AIDS. However, HIV-infected persons, especially persons with low CD4 cell counts, children less than 5 years, pregnant women and elderly persons are at higher risk for complications and rapid… Continue 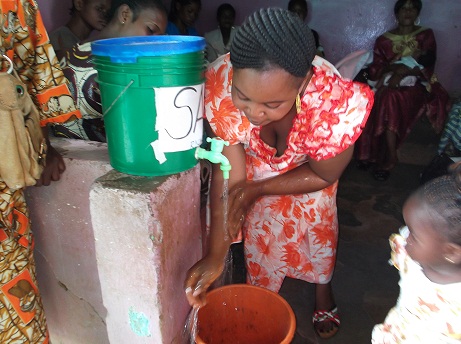 From checklists to process

Village Sakiapara, Udalguri District, Assam (India). We are using CLCP and SALT process for community engagement on immunization and child health. ANM and ASHA are health workers in India

ANM- Initially there were left outs and drop outs in immunization in this village in year 2017. Through SALT approach, ASHA realized that she could tap the community and rope in the women and if they are involved she could get 100% immunisation. Male participation in immunization has improved. Male…

In the face of resistance, we chose to remain SALTy

When those in authority become too involved in the community's life, the community becomes dependent and see themselves as recipients of welfare and help. Working in a community with a good mix of low, middle and high income group, it is natural that that rich sees themselves as superior and powerful. They take charge of leadership positions and make decisions they deem to be helpful for the whole community.

S.A.L.T.(y) and D.E.L.A need to come together for encourage local action

As a public health practitioner and community activist working for health and well-being of community people, I have always seeks a better way to build an admirable understanding between facilitators and community people. During this search I have discover the venerable approach, which I called the “DELA” to, built a trustable relation with community people. We as a facilitator need to very conscious about the various aspects of society, when we visit community with the good…