The Curious Aid Worker: Storytelling with Marc Maxson (Part I)

Marc Maxson is not your usual aid worker.

Yes, he is a returned Peace Corps volunteer, lives in Kenya, works for a Washington D.C.-based non-governmental organization, and is married to someone also employed in aid.

But Marc Maxson also has a PhD in neuroscience.

So what does that enable Marc to do as an aid worker? Marc develops new conceptual approaches to solving "impossible" problems, of which there are many in international development.…

I will start this article by first defining SALT; as defined by “Heinemann English Dictionary”; a white compound, sodium chloride (formula NaCL), widely used to flavor and preserve food;…informally “experience” can make one salty.

As a verb we add salt in order to season or preserve food; informally it can be introduced to give a false impression of “value”.

Malaria Competence Approach is having tremendous impact in reducing malaria sicknesses and deaths in the community particularly children and women in Imperi Chiefdom as reported by the local communities.

Article about the work in Imperi chiefdom.

The Malaria Competence Approach is one of the community-based interventions whereby communities locally respond to malaria.  Malaria in the…

When SALT is a lifestye practice you seek out opportunity to apply this. Recently during a Savings and Internal Lending Community (SILC) event, I sought for opportunites to apply SALT, ha! It eventually came. What are the qualities of a good Facilitator? I say SALTy: Stimulate - one's capacity to stimulate local response to ensure ownership and responsibility; Appreciate strengths that already exists and encourage building on these strengths; Learn from the communities strengths, how they…

I can do ANYTHING!

I was so impressed with this man in Myanmar... 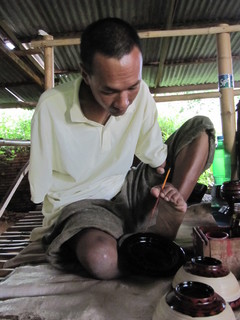 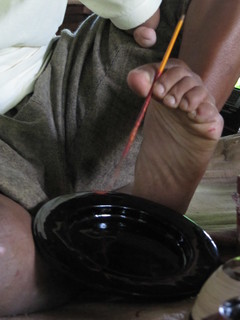 We were visiting a temple near Inlay lake, a very touristy area in Myanmar. Everywhere there are people selling…

"What exactly do you do?”

At this point I realized that the closest people in my life, the ones I love so dearly were far from something so dear to me, my job, my passion for SALT and at that exact moment I decided not only to explain what I did to the fullest but to have them experience it too.

"Tricia, what exactly do you do?” And that was how it began, on a hot weekday afternoon in February 2011. I visited my eldest sister and my baby nephews, as I always do the day before I leave on one…

Last week I had the pleasure of talking with Judith Madigan, Co-founder and Director of BrandOutLoud, who reached out following my recent post, “Do CBOs have an image problem?”

BrandOutLoud works with aid organizations, local and international, to transform the pity-laden us/them paradigm used in many communications strategies to one that portrays the strengths and…


During the team’s SALT visits, we met a native doctor who believes in the existence of HIV/AIDS and also educated the team in is own little way, his interaction with the team was a little bit tough in the sense that this young man told us stories of many people that were sick and went to the hospital for tests, diagnosed HIV positive by the doctor’s result but the native doctor believes that it is a “family attack” which…

This is a new feature I’m introducing on Fridays on how-matters.org, the sharing of poetry related to aid and development work. First off, a treasured poem by Akwasi Aidoo, Executive Director of Trust Africa.

We are a developing… 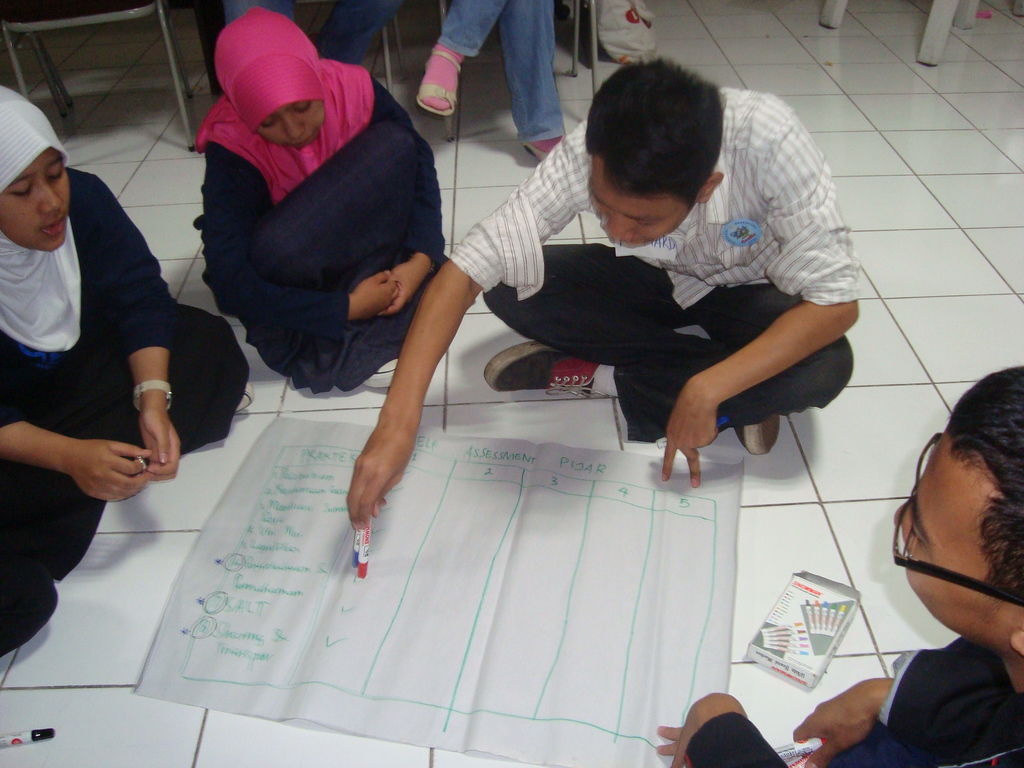 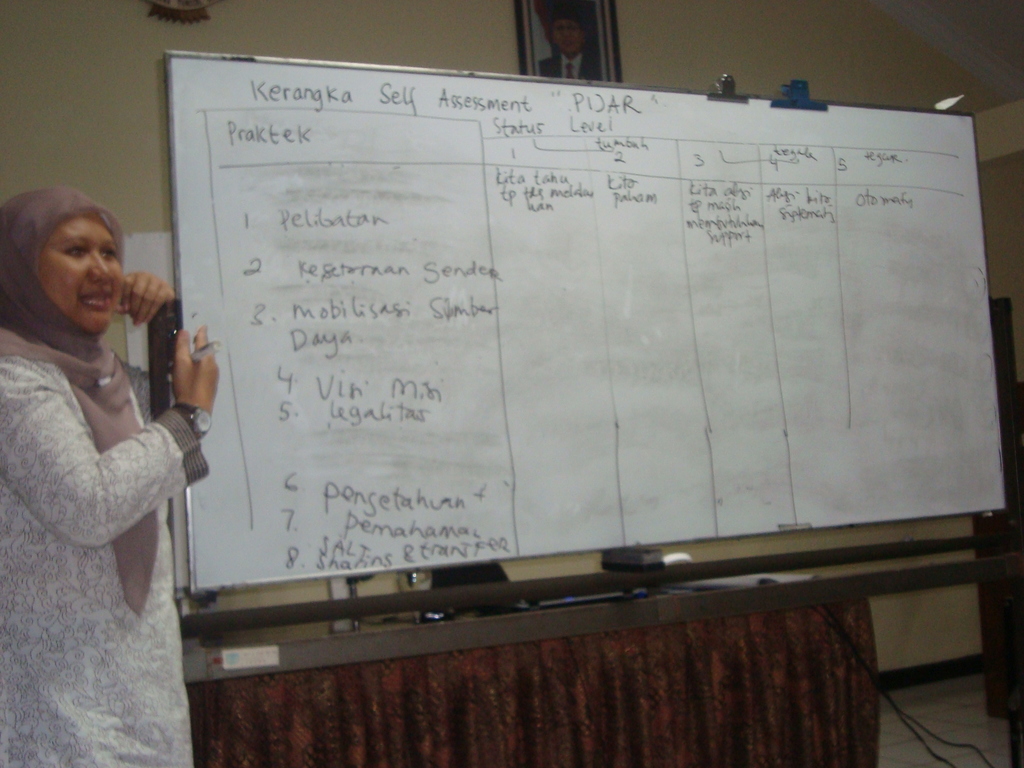 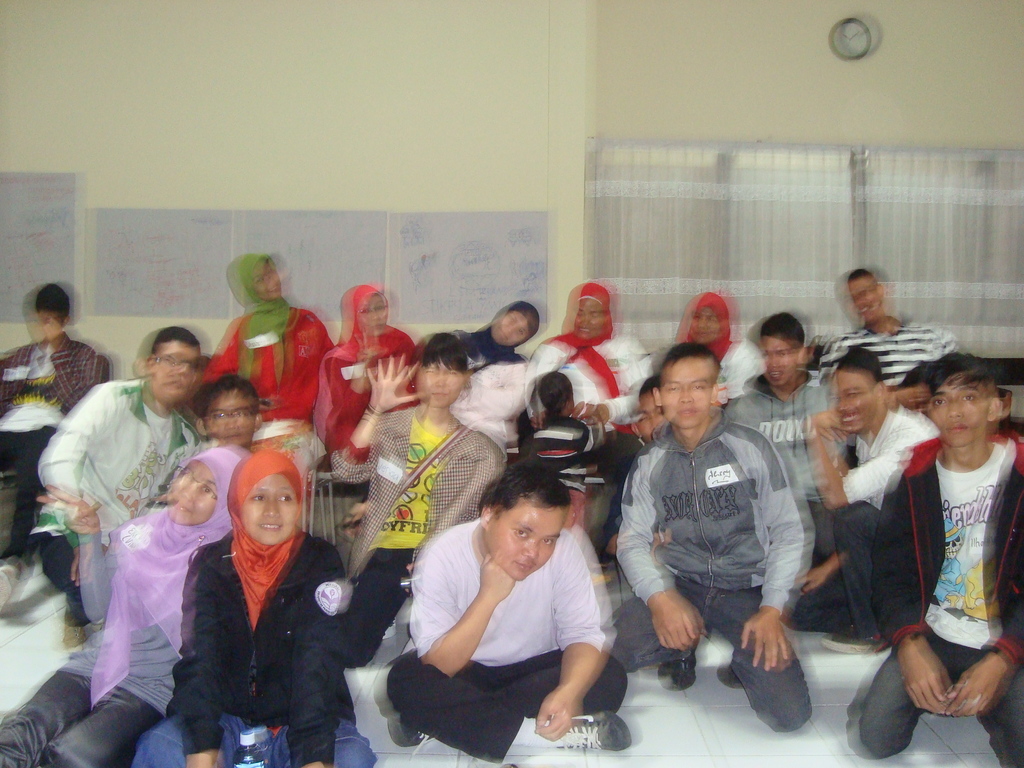 our CLCP in Garut

on last couple months ago we (me, Mrs. Dina and Mrs. Wiwin) went to Garut to fill the youth event from the BKKBN programs. We introduce CLCP and SALT to the members of youth campaign from some universities in Bandung. they are UIN bandung, STIKES Unjani, STIKES Bakti Husada, Unisba, Unpad and UPI Bandung. the events held for two days. on the first day we share our info about CLCP and also SALT, and share about their dreams in personal and group until POA in the night. on the second day we held… Continue

News from ARH Competence at Indonesia!

Thanks to have reading ARH on ning. Even not much additional information ARH Competence has been improving in number of groups. Newly recruited facilitators and me keep promoting this. At Bandung West Java Province at least there are two schools and six universities that adopt ARH Competence. One project will be presented at the ICAAP as poster presentation. The issues also becoming wider. It's now dealing with youth competence (life skill education, English, proposal/abstract writing class,…

A very important question was posed in response to how-matters.org's recent guest post, "Participation: Reality or the Promised Land? A View from South Sudan, which is "What can development professionals who believe in and practice participatory processes do to promote it?"

It’s a tough question to answer, especially for people on the “inside” of the system, because this often means…

Presently I am supporting/stimulating, appreciating, listening, learning and transferring with 29 youths all under 17, the youngest being 12…it is truly amazing to see cold, defensive youths who were severely abused, truly open up when they are asked about their dreams,, hopes, concerns…empathetic listening truly breaks down barriers.

I’m currently in Santa Fe, New Mexico and last weekend I stopped in at a favorite place of mine here, the Museum of International Folk Art. A current exhibit, “The Arts of Survival: Folk Expression in the Face of Disaster,” had caught my eye and I wanted to check it out.…

Indeed there is an other way:bottom up approach and S.A.L.T, best practice for malaria competence

Well this is my first blog and i want to first talk about my inspiration with the bottom up approach of the community life competence before loading blogs on my specialty as a malaria coach and facilitator.
My journey with the Constellation started in the summer of 2005 when I joined the Constellation community of learning and sharing of malaria competency experiences and in building and strengthening communities to scale up for impact. This experience is…

Participation: Reality or the Promised Land? A View from South Sudan

In response to an earlier post on how-matters.org, “Sorry but it’s not YOUR project,” a reader offered the following guest post. Andebo Pax Pascal shares his experience as an aid worker in Africa’s newest country.

My friend Tom is working for “Aid Agency X”, which has prided itself in working ‘with’ and not ‘for’ the people, a sign that it is ready to involve the community in its development…

I want to share an experience on creating a new framework and would like your input on my main question: when is a framework most effective?

Creating a Self Assessment Framework in Surinam

We're applying the CLCP to WASH (water, sanitation and hygiene) in 16 villages in Surinam. During the first week of the project we transfered the process to 30 trainers and facilitators. During this week we also created the…