Call for Candidates new Constellation Board 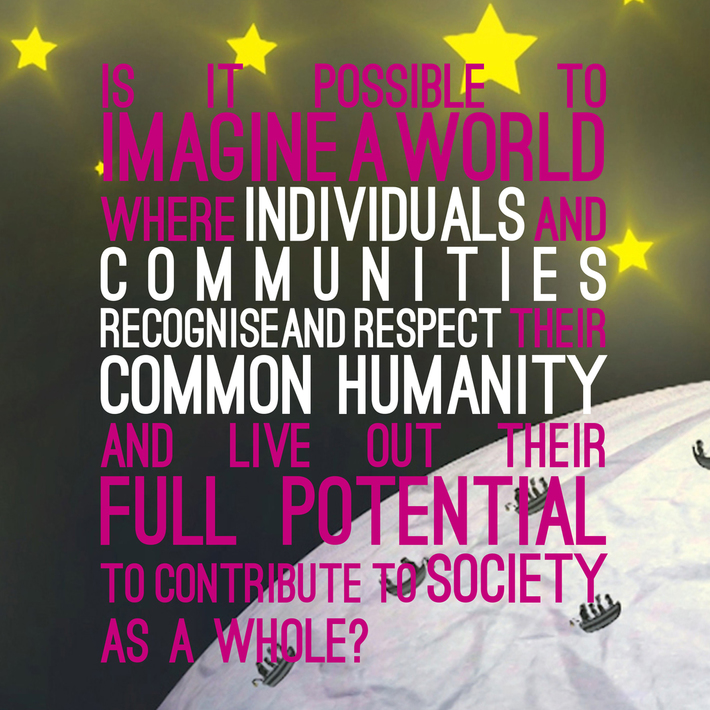 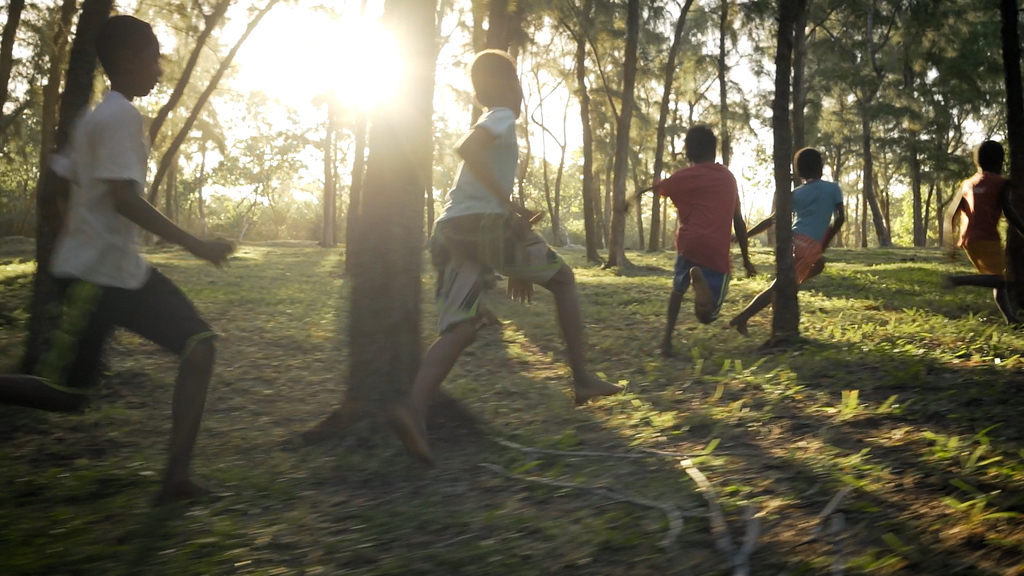 During the whole November the focus of Constellations As You Open Your Eyes project will be on a young team of football players on the island of Mauritius.

For them football isn’t just a fun ball game but one way to escape drug and alcohol abuse and their violent surroundings.…

IndoCompetence at the Heart of Global Support

Towards shared responsibility in a sustained Constellation

IndoCompetence at the Heart of Global Support

Since three years a recurrent priority of the work plan of the Constellations Global Support Team is ‘organizing a Global Learning Festival’. It is our highlight of the year. People from all walks of life and all corners of the world come together. To connect, to share, to learn together. From Mauritius 2016, to Entebbe 2017 to now Bandung…

Let me take you down, because we are going to…… strawberry fields!

The drive uphill to village KB Sabilulungan is long. The curvy road takes us through the hills outside Bandung. The view on the tea-plantations is stunning. So fresh, so green and clearly maintained with so much diligence. During the #GLF2018 we are exploring sustainability of local responses. The 3 hours drive gives me time to…

Refugees in Amsterdam integrate around a meal “Do you want a burger ? It is a vegan-burger, because that is the topic of today’s meeting – but it is not too bad!” A group of young men are joking behind the barbecue as they turn around the burger and sausage shaped vegan products. A bit further down a group is trying a little dance on the tunes of Shakira’s…

Humanity and Unity pushing through bureaucracy

Humanity and Unity pushing through bureaucracy

SALT WITH COFFEE AND POPCORN 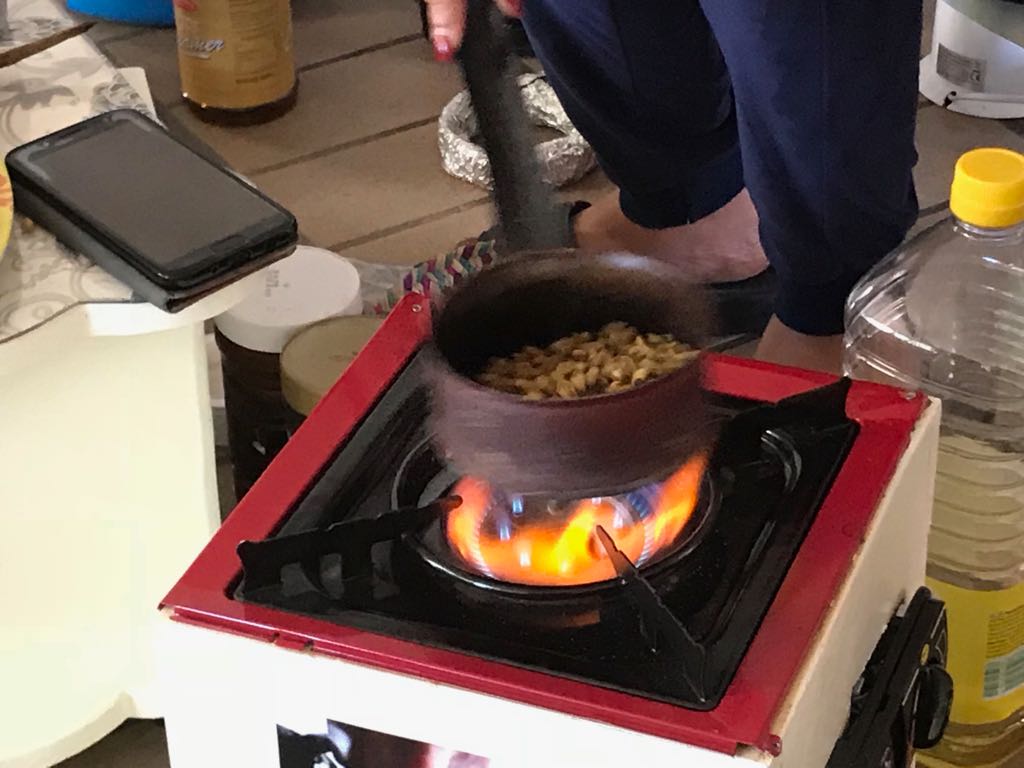 No-one panics when the fire alarms goes off.

The odeurs of fresh coffee and crusty popped popcorn have filled the room - the steam causing the alarm to warn for ‘danger’. People…

Maggie goes with the streams, all around

Maggie had a dream for Green and Happy islands in Maluku. She lived that dream.

She took her role in contributing small doable actions towards the dream very serious and that made her a great human being.

To a question what ‘animal’ she would be if she was an animal she responded: “A…

Finding Common Ground in Zeeburgereiland: Building a new future together

The newly trained SALTy facilitators who carried out a first round of living room conversations in February were pleasantly surprised by the warm welcome and smiles with which people in ‘de Fier’ opened their doors for them.

The Fier is one of the newly built apartment buildings in Zeeburgereiland,…

What will you do to make our dream come true?

A community conversation in Majpara, Assam, India. With 38 degrees and 98 percent humidity in the air we have come together in the nursery of this village. The heat is almost unbearable and all our faces, hair  and clothes are wet. We look at each other and laugh. "If you can hold on, so can I", we seem to think. The conversations give the energy.

ARE YOU IN ? Working towards Constellations dream

“Is it possible to imagine [...] a world where individuals and communities recognise and respect their common humanity, and live out their full potential to contribute to society as a whole?”

Many among us as participants in this Constellations virtual platform will surely feel we are contributing to creating that world. We do so in our own way, with our own means, in our own context.…

Global Support Team in 2017: It will be all about Members, Beacons, SALT online and Connections

Like every SALT team, the Constellation’s Global Support Team (GST) made its action plan for the year, focusing on three priority practices that should help us get closer to our joint dream. GST members will be contributing their best towards those actions, and we are inviting all who are interested, to join in. Here is where our focus will be:
We cultivate memberships of people owning the Constellation dream
Constellation…
Continue

What is the link between this young Motown band in Divonne (MMD) and the SALT team in Sankuru?

They are both mobilising strengths to support communities in RD-Congo to fight monkeypox! The youngsters are preparing a charity concert end January to contribute to the efforts of the…

In Sankuru: Mobilising our own resources first

“We mobilise our own resources first” is an important principle in the community life competence process. This principle helps to ensure that a community uses its full strengths in working towards a dream, a shared vision. Members of the community mobilise all human and financial resources in their reach to achieve their own success.

I am therefore delighted about latest developments in Sankuru, RD-Congo.

Crowdfund a local response: in Sankuru, together against monkeypox

What is a local response and how can I help?

Local teams respond to their current challenges and work towards longer-term dreams by encouraging local ownership of issues and solutions. This is what we mean by a local response.
Some teams have more pressing needs than others at any given time, and would benefit greatly from your support now.

In Sankuru, together against monkeypox

SALT in the Family: Why would I need to be the SALT expert?

I have been enjoying many conversations lately with friends in the Constellation around how we as CLCP facilitators apply ‘naturally’ SALT as a way of working in our own lives as well. Sometimes we say jokingly ‘don’t try this at home’ when it comes to Support, Appreciate, Learn and Transfer in the private circle.

Is SALT in our own family sometimes difficult because we fall into an old trap: we think it is up to us to be the expert?

A small remark from my…

Communities tracking and measuring community-driven actions at Ward Level in the South East pilot district of the approach called Communities Acting Together to Control HIV (CATCH).

The CATCH approach that has been piloted since June 2015 in the South East district in Botswana with the support of NACA, Ministry of Health, Ministry of Local Government, UNAIDS, US partners and the Humana…

A Dream Machine that produces joy

For the principle for Action:

The dream machine that produces happiness

“Are the children in the Village de Tamarinier poor?” asks my ten year old daughter Chiara when I call her after a day of visiting this Mauritian village. I hesitate. Yes, at the first sight…

I am sure you will enjoy this song

The song tells the story and dream of the Amitoyens, in the Pays de Gex, France.