Dear Friends,
Dutch government says farewell to the fight against AIDS? I don’t think so!

The Dutch government is planning to drastically cut the budget for the international fight against AIDS. This includes the Dutch contribution to UNAIDS and the Global Fund to fight Aids, TB and Malaria. This is unacceptable. In a time of economic crisis governments need to cut budgets. But not a budget that will threaten 180.000 lives. Help us prevent a tragedy!

Like most places the incidence of gender violence in Guyana is quite high.

As part of our response we've adapted the Community & Self Competence
Assessment tool toward gender-based violence. See attached. Would love
to hear comments and how other may have tried - both challenges and
successes.

The Cambodia AIDS Competence Team and The…

I am new in this community, but am really warmed by the welcome I have got here. I am a doctor by profession. When I was pregnant with twins, my in laws and husband fraudantly got a sex determination test done, and on knowing that I am carrying…

I visited three cities in DR-Congo the last 3 weeks. In each city, the AIDS Competence Process, called l’approche SALT’ here has been implemented for 9 months with impressive results.
For example, I was in Matadi in the province Bas-Congo. Facilitators and members of the communities shared beautiful changes in their community. Discrimination went down, people now talked about sexuality and HIV in their family, PLHIV came out in public, large groups went for testing and a general…
Continue

Today is October 27, 2010, and SALT team and community members are about to hold their end-of-SALT-visit knowledge fair. I am supposed to facilitate the day, and I am a bit anxious. What format should I propose for a maximum benefit to all involved? Over the last three days, 4 teams visited each 6 communities and everyone learned a…

Life is Precious: Resonance across Continents

In the last week of October, something extraordinary happened in Koppal. I have been thinking about it for the past few weeks trying to understand what raised the whole experience to the sublime.
People came from 4 continents , strangers to each other mostly, and definitely to the communities in Koppal, and to most of us in Bangalore. They came to stimulate, appreciate and learn from communities and also to share their own special experiences. People have visited us and our…
Continue

Meghamala Sandham a CBO in Mandapeta in Andhra Pradesh 'reunites the mother and son ' facing many hurdles.

As part of SALT visit, I had accompanied a group of sex workers to a village near 'Godavari River' at Rajamundry in Andhra Pradesh. We visited 'Meghamala Sangham' CBOof sex workers and a member of 'NARI SAKSHAM-a Federation of sex workers of CBOs. One of the sex workers facilitating SALT visit asked to share what they are proud of as Meghamala CBO. CBO members started telling an inspiring story. And the story is......

Lakshmi, a sex worker based at Yeluru town is…

Care is linked to prevention

S Devi*, a female sex worker from Rajahmundry, India shared her story during a SALT visit which illustrates the practice that Care is linked to prevention.

She shared a relationship with a man and continues till date. During the initial phase of their relationship she had to negotiate condom use with him. The first day when she requested him to use condoms he was not convinced. He thought why the need to use condoms when they are in a relationship. S Devi explained to him that she… Continue 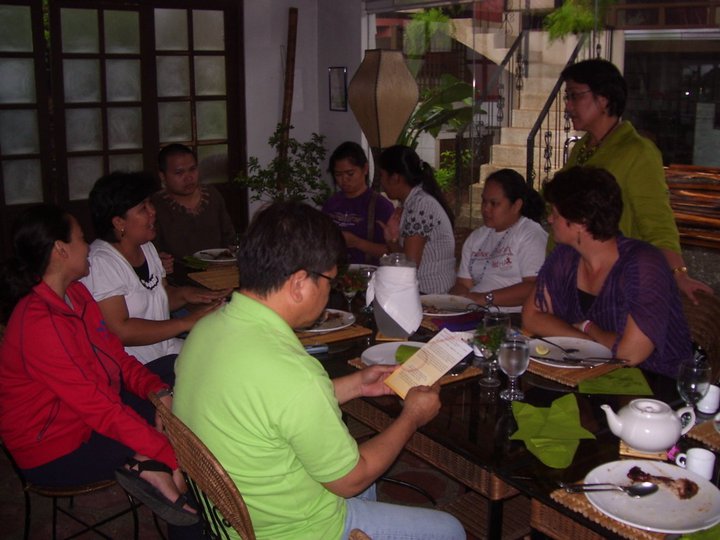 We are also looking forward to your advice and inputs.
Thank you so much co-Dreamers!

My Lesson on a Local Response Experience

I never realize how I could have observe or experience Local Response until I read the course module, I know it was there but never pay much attention on what it really meant.…

About three weeks ago, our SALT team visited Asha Jyoti, a centre caring for People Living with AIDS. This visit shattered into pieces my thinking about the organization of health care. My mind and soul are still processing what I saw, heard and felt. I’ll try to share why.


We traveled from Koppal to Kushtagi, about 40 minutes away, through rice, millet and sugarcane fields. On the way our car squashed millet spread on the road, its wheels…

We celebrated children's day last week with our kids. Their parents/ care takers and care givers were with them . It was half day with our kids.It was an oportunity for them to express what they are …

We celebrated children's day last week with our kids. Their parents/ care takers and care givers were with them .
It was half day with our kids.It was an oportunity for them to express what they are and enjoy. It was mainly aimed at making the ART center…
Continue

It was such a motivation once again when we saw that people have the capacity to change and the community with every individual have the strength.
Going to the Village for SALT visit by VAN besides me sat a great Mischief Dr.Rafique, along the National Highway he share me a story about the Milestone written BRO Drive Slow reach Safely, BRO Better Late than Never, BRO Don,t Drink while Driving, and he wonder why the people here are so polite calling everyone BRO on the Board…
Continue

Last week, we had the opportunity for the second support visit to IIRR Partners in Ethiopia. We were hosted by JeCCDO in Dire Dawa and joined by SOS Borana. On the second day of the visit, we spent a few hours thinking through how ACP and the IIRR Community Managed Disaster Risk Reduction (CMDRR) processes compliment and add value to each other. Then we made a visit to a community where 7 months ago JeCCDO had 'introduced' the dream and self-assessment. We spent the first hour sitting with… Continue

Salt Visits in Karnataka : What I got from it!!!

In this video I share about the experiences of the recent SALT visits in Karnataka. A group of people who shared Samraksha's belief in communities had heard about our work through different channels, and made the effort to come, visit and learn from the communities. It was a great learning experience, and once again by hearing about the community actions, listening to community representatives speak about wanting to respond to HIV, and already initiating responses, hearing about positive…
Continue