(newsletter co-created with participants of GLF) 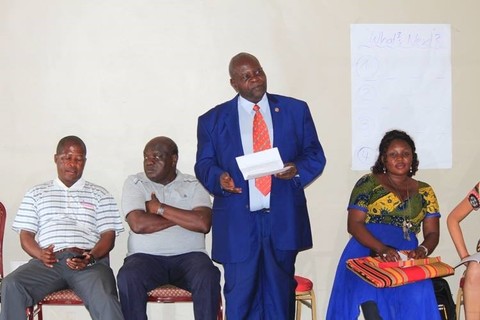 You are not poor, it is your mindset which is poor

This is a story of older women who felt helpless and were looking for support from their own children as well as the government. Read what happened when there is a shift from this deficit-based attitude.

SMART contributes to the ‘T’ of SALT: Transfer / Transformation

Transfer begin with ‘mindset change’ with ‘S’ of SALT during the stimulation process. People begin to think differently; A different Way of Thinking [WoT]. Evidence of this is obvious when members of communities engage in conversations of Are we human? What makes us Human?; Identifying strengths and sharing common concerns and hopes, leading to a common dream. Members of these communities are motivated by these engagements.

Life is better when everyone feels part of it and their contributions are valued.

"I'll meet you there"

As we are preparing our SALT visit, and exchanging inspiration on the Forum of the online SALT facilitator course, this poem came to mind:

"Out beyond ideas of wrongdoing and rightdoing,
there is a field. I'll meet you there.

When the soul lies down in that grass,
the world is too full to talk about.
Ideas, language, even the phrase "each other" doesn't make any sense."…

HelpAge Tanzania has used SALT and community life competence process in 10 communities for older people and NCDs in Kibaha district since June 2016.

The project aimed to extend inter-generational health ageing project for NCDs to supplement government's efforts in regard to NCDs ie. hypertension, diabetes, cancer, asthma, and arthritis. Although the government…

The legacy of indiscriminating love - Catherine Nyirinkindi lives on

Catherine Nyirinkindi lives on – the legacy of indiscriminating love We are in 2017, on a beautiful October day in Bugonga, Entebbe, Uganda.

She speaks one name: Catherine Nyirinkindi.
Suddenly, the ten to twelve members…

Story written during GLF 2017, a tribute to Bugonga community

October 17, 2017 was the first day of our groups’ visit to Bugonga community. It was a disaster as we ruthlessly throw questions at the elderly people to document what they have been through during the lives and how HENU is helping them to revive. With much patience they gave us the time and energy to respond to…

SALT and CSR Training - a discussion with chemical enterprise

Last few weeks ago Lau Rie, Sohan and Diego visited me and Dewi Rahmadania, in jakarta Indonesia.   We were reconnected and involved at comfort discussion like we are just an old friends.  I still amazing with the power of re-connection and SALT that hide nothing among people who just met.  Wonderful.

The nest day, Dewi accompanied Lau, Sohan dan Diego visited east site of Jakarta.  Need to know from Lau Rie, how was it.

Adherence to HIV treatment: its about appreciation & listening and not teaching

We had many children with high viral load and others with adherence to treatment challenges. My role was to support the children and improve their adherence to reduce their viral load. Health workers were doing tests like blood pressure, HIV status,…

Global Learning Festival Newsletter: One (with focus on the work with older people in Uganda)

GLF Newsletter: one (with focus on the work with older people in Uganda)…

Click on the link to view slides from one of the initiatives with refugees that started this summer in the Netherlands. …

On September 17-19, we had our second SALT training in English in the Belgian capital.

12 inspired, curious and inspiring participants came from many places (even as far as Switzerland), but most were from around here and many were professional facilitators who came to know and appreciate the SALT approach and who expressed their dream of building it into their work. …