I visited a family in Vashi village, first I started talking to a woman and her daughter in that house. The lady of this house Vaishali (name changed) wanted to educate a lot but her wish could not be completed. Before marriage Vaishali's father’s financial condition was good, but her parents were orthodox and traditional, though they had money but they did not teach their girl. Because at that time people didn't think it was important to educate…

Anything for the family...

I visited one family for SALT in Vashi Village, Kolhapur. Mother, father and their daughter were present in the family at that time.

We met them for the first time and introduced them to us and our work. After that I started taking SALT activity. In the family no one is more educated. Mother is only a 6th standard passed and Father is a 12th standard pass. The elder daughter goes to college while the younger son goes to school. When asked to recall a good…

I decided to take the SALT of one woman in vashi village. The name of that woman is sarika (name is changed) . When I went to her home That woman had come from her farm at that time. We introduced each other after I started the SALT.

A woman from a simple family. But after meeting her, it seemed from her speech that she could talk a lot, say a lot. I was asked about the one good thing she had done in her life. At that time he started telling without taking any…

SALT activity was taken with men in Vashi village, Kolhapur, Maharashtra. 8 to 10 men were talking with me.

In the beginning, I went to them and asked them for a little time.
In the start, those people told about the village and about themselves, and then they told about their fields. After that, when I asked them to remember the good deeds done in their life. Everyone shared their story. in…

It was decided to facilitate SALT with teenager children in Vashi village, Kolhapur district, India. Anganwadi workers also facilitated with me. In the beginning, everyone introduced themselves well. After that started a SALT conversation. 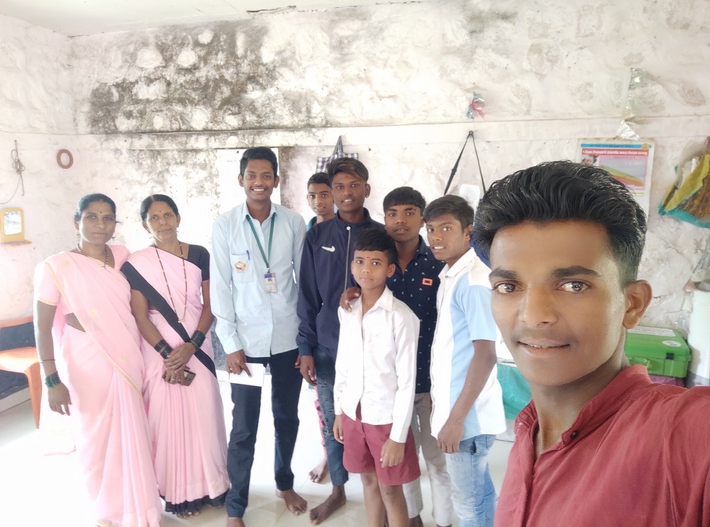 I facilitate SALT with everyone as… 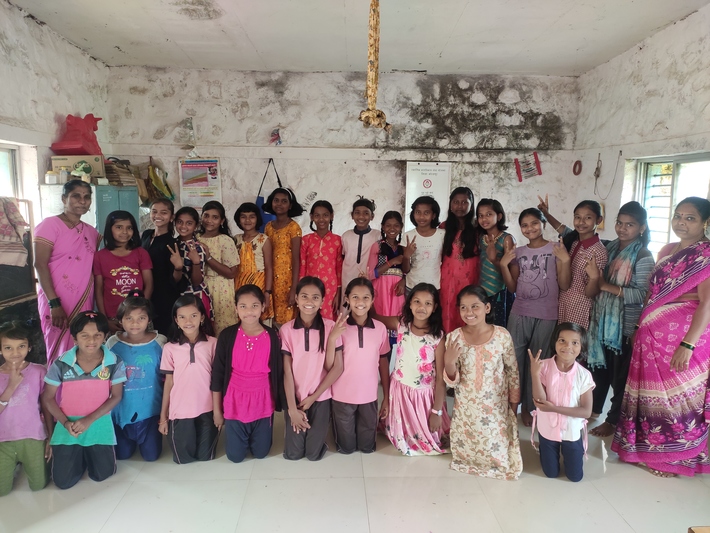 Initially it was decided to play a small game with the adolescent girls. But along with…

SALT Activity was taken by Avni Sanstha with women in Vashi village, in which 7 women were involved. 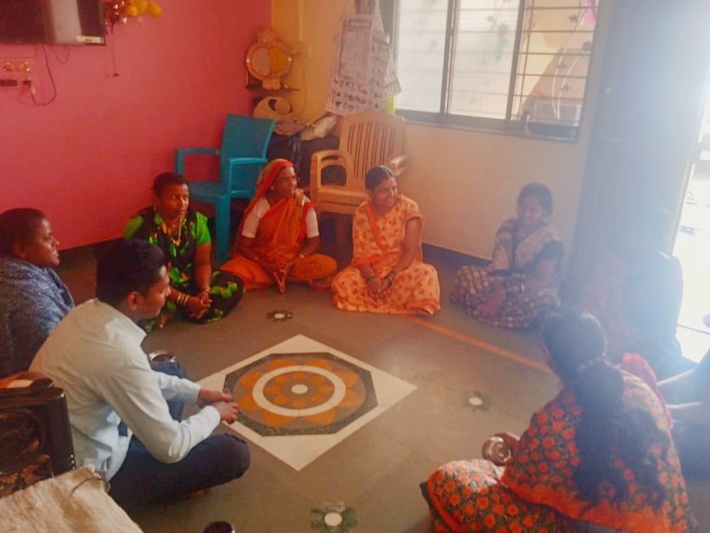 In the beginning, we introduced ourselves by asking name, mother's name and what everyone likes to eat. After asking the questions, everyone was a little flustered but happily introduced themselves. After a short conversation, we asked to… 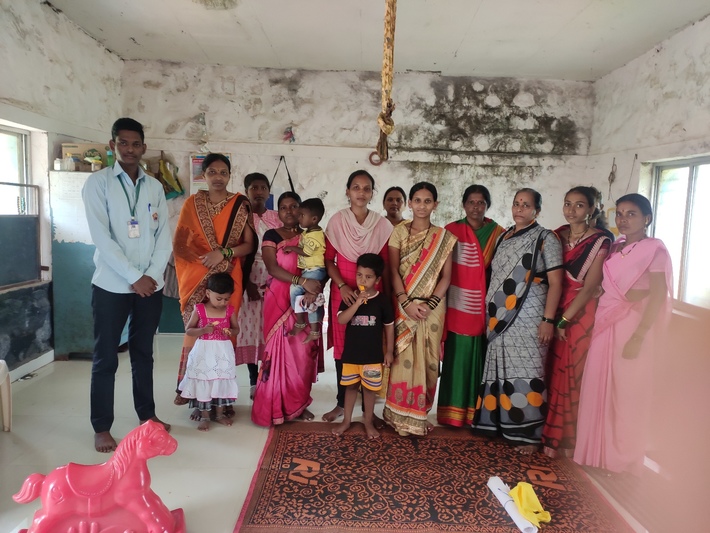 First of all, we all got our identity done, in which everyone told his name and about themselves. All the present women are used to work in the field and at home to earn their living. That's why I started SALT in a slightly different way. A short… 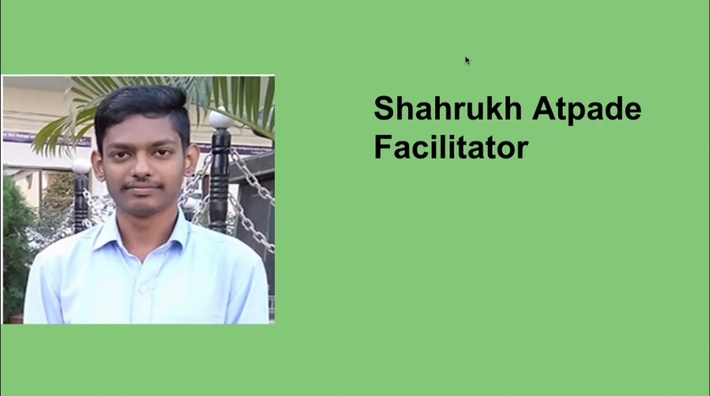 The Gender Equality program was conducted in schools by Avani Sanstha, but after that we realised that change will not happen if we just work with children, it is very important to work with their families as well, for this we adopted Community life competence process (CLCP) and SALT and started working in the…

Change begins with yourself....

In Kandgaon village, I took SALT activity of one person who earns his living by doing coloring work. Sometimes he comes to the river bank for fishing because fishing gives him break from daily routine work . When I took SALT with this man At that time, He was enjoining fishing with his friends. We discuss with him about his village he talk very frankly with me. He gave various information about the village. After that…

Self Assessment at Nandwal Village

We, the Avani team, conducted Self assessment in Nandwal Village, Maharashtra on the village dream for gender equality on 24th May 2022. We invited the community members who had earlier come together on 25th Feb 2022 to develop their common dream.… 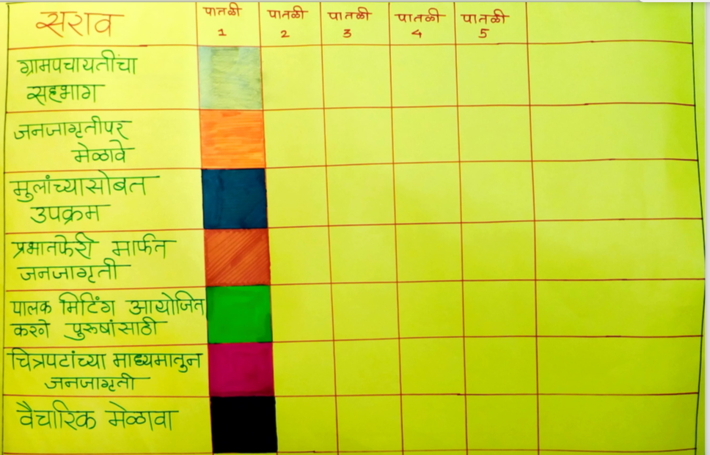 What I am learning from facilitation of SALT

We work on the topic of Gender Equality with a social organization called Avani in Kolhapur district of Maharashtra. At present, we are undertaking the SALT process in 5 villages under the Global Fund for Children project which aims to build the leadership of children, youth, and community on Gender Equality.
We decided to hold a SALT meeting with the Anganwadi Sevikas of Vashi village. But due to some things, that meeting got cancelled…

As the first step, we decided to meet the village local government officials called Gram Panchayat to seek their permission to  start SALT process in this village. The plan was to submit an official…