100% of the population lives within 100km of the coast. Subsistence agriculture is the main livelihood for the rural coastal households engaging 70% of the women and 50% of the men. Almost a quarter of the population faces difficulties meeting basic needs and many others are vulnerable to rising food prices , declining incomes, and effects of climate change.

The Power of Local Response

A mother invited us for Hari Raya lunch in her place a month ago, She had also invited some of her friends and neighbour’s whom residing in the same estate, these friends are some of parents who had attended the parent support group. Over the lunch, some of them was questioning if there will be any Hari Raya celebrations in the neighbourhood, a mother replied that there will be one, organised by Resident Committee, but it will be held in the Community Centre, which is 15 minute walk from…

Working in the community visit

Kufunda Learning Village
Learning, Community, and Sustainability
Working in and with and through Community
by Stephen Diwauripo


“It takes a community to realize its possibilities”

For the past three weeks the Kufunda facilitation team has been into three different communities working with community farming groups to help them connect more strongly, exploring their community…

The power of Local Response

For this sharing of SALT Mirror, I would be starting with our understanding on “Local Response”, sharing of my experience during a support group and how I supported it.

Local Response believes the community has the strengths to utilize and exchange resources, to address and responses to community problems.

One of the mother, Mdm L took the initiative to connect members from her neighbourhood to share and to learn from one…

A snapshot of strengths! Community Visioning on the floodplain, Zambia.

But here is some background on the partnership which has led to this beautiful process you see in the photo-documentary:…

In Surinam during 2011 we (Autry Haines, April Foster and me) facilitated a WASH program with 20 villages in the interior. We cooperated with the Surinam Red Cross, The PeaceCorps, FOB and Unicef. Core to the program was the integration of CLCP and the International Red Cross WASH program named PHAST. As this prorgram is well on its way I wanted to share my learning with you. It became quite a document so probably suited for those who really want to get into WASH and are interested in…

Blogs are often dominated by opinion. We are attempting to use it more for sharing experience. Here's a good blog from Chris Collison on the difference between opinion and experience

If you can't help your friends...

Three people I know and admire are getting the recognition they deserve this week and I want to take a moment to celebrate their achievements on how-matters.org. 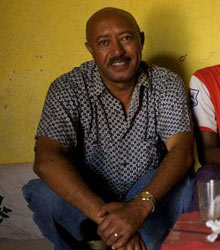 I began my career over thirty years ago as a teacher.

And it’s no secret to anyone who knows me or to those who follow my own blog, that I am still passionate about education and teaching.

For example in A Passionate Plea, as well as bemoaning the totally inappropriate and archaic practices still taking…

The Indigenous Peoples' Commission will use aspects of Community Life competence as it implements its strategic plan over the next five years.

The levels of competence will be featured

Does the handpump still give water?

I was once asked to undertake field visits for the assessment of Non-Governmental Organizations (NGOs). This was needed in order to make decision for funding them. I visited a number of NGOs, tried to know about their work and interacted with their staff. I was shown a number of documents, progress reports and photographs of the work done by them. I wondered if it is was necessary to have so many photographs which captured mainly the ‘important people’ at the events organized by…

A recent experience working in the aged care sector here in Melbourne, Australia.

So far I have delivered two Chair Chi workshops in the aged care sector. One for a nursing home and one for a retirement village. Next week I have two more sessions booked so my workshops are starting to take off.

And what a pleasure it is in working with elderly people.