The practice of SALT takes courage: this is probably what stuck most in our minds when Rebecca and Joel, Gaston and Laurence, Nathalie and her son Thibault, Rebecca’s friend Eerin and I were privileged to meet in Chiang Mai over the weekend of February 9 and 10.

Creativity: Are You a Hamster?

When Sue and I came up with our AQ-KQ framework several years ago we included a section on the theme of creativity.

And under the theme of creativity we agreed there were three essential elements;

The Older and the Younger, Co-creating Futures

This blog was originally posted to axiomnews.ca: My children and I are reading through a book my father wrote about his experiences in several Central American countries. The sense of mission, values and adventure that drove him shines through, stirring our anxieties and longings. I am convinced we will be thinking and acting…

Could not join due to connectivity and other issues- Bobby Ramakant,…

Connections happen when individuals or a group make the effort to get connected with each other.

In the Community I’m working with, one resident reached out to two neighbours.  She (Mdm. A) helped looked after a couple’s baby. At first I thought that she was doing a baby-sitting job, but Mdm.  A told me that the couple always fight and the baby is left crying, so she decided to look after the baby whenever the need arises.

Mdm. A also looks after two boys whose parents are…

This One's for All the Volunteers Worldwide - Thank You 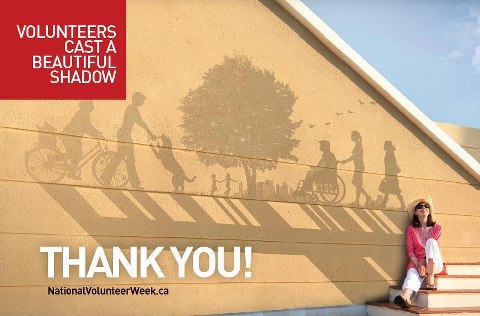 CARE India, through SAKSHAM Grant Supplement project works with 42 Community Based Organizations (CBOs)/  NGOs implementing HIV Prevention programme with FSWs and MSMs in 7 districts of Andhra Pradesh with goal of enhancing community response to HIV. SAKSHAM has been successful in promoting development of CBOs through a blended approach of Community-to-Community learning based on SALT as a way of working and thinking.

Sixty Community Resource Pool from the…

Caribs is one of the nine indigenous tribes in Guyana and live Baramita Village located in the Barima / Waini Region 1 of Guyana. Baramita has approximately 3000 carib indigenous people living in 23 satellite settlements and speak mainly carib language. The Village Council is new having been elected in April 2012 but is committed to confronting the many challenges of governance and development of Baramita. In pursuit of this commitment the Council sought to develop a plan of what it would…

I learned to come first…

I was in grade XII…My favourite subject was ‘Public administration and Management’.  I was the teacher’s pet and wanted to excel the subject.

For me mastering the subject meant that I gave my best and stood first in the class. However, I had no rivalry with others and always compared myself with my own performance in the  examination. I always topped but what happened in Class XII examination had a deep impact on me. I found that I had stood second in the class. I was…

"Nobody ever comes to speak to us."

I went with some local NGO people as well as members of the Constellation to three villages in Karnataka in India in order to talk with young women in the villages.  The Bill Gates Foundation was supporting work with vulnerable young women and their response to HIV and AIDS. The villages were Nagenhalli, Morigeri and Sushilnagar. Local NGOs had already done much work in the… John was a quiet, even shy man. But he had a wide range of interests. He had a deep love of music. He…

Keepind SALT alive in me; dumb, it's urgent!

I need a lot of time to grabs and to understand the essence from my experiences as coach of CLC. What could I do as a person to reveal what I believe on thinking and working into doable activities that inspire others of beauty of life and beauty of understanding.  No longer work as a professional on reproductive health, population and gender it makes me uneasy somehow. I almost forget that I personally Salty and able to learn and work on the new issue and new circumstances, but in fact I…