Community organises its own International Conference

“We are happy to be here at Kolkata, hosted by Durbar Mahila Samanvaya Committee (DMSC). However, we wanted to be in Washington but we were not allowed because sex workers are considered criminals” This was what I heard over and over again at the International AIDS Conference Hub held at Kolkata, India.

People have been playing more games these days in Washington D.C. And I don’t mean the strategies of the Obama and Romney spin teams.

Two recent events suggest games’ growing popularity in D.C. aid circles: this one I attended at the World Wildlife Fund earlier this month and this Tuesday’s upcoming …

Interview questions you should be asking of aid organizations

Last week at happy hour, we found ourselves giving advice as to a budding aid worker who was about to have her first round of interviews for her first "real" aid job. She wanted to know what questions she should be asking of the organizations and people with which she's interviewing. These are the questions that one has to have ready, when inevitably interviewers say, "Now what questions do you have for us?"…

A guest post on how-matters.org by, Clement N. Dlamini, Senior Lecturer at the Institute of Development Management based in Matsapha, Swaziland

Communities have inherent in their systems, means of survival and a tenacity that has seen them through very difficult times. There is heart in communities that keeps pumping and keeping people alive even in the midst of…

Measurement and more in DR-Congo

Kinshasa. Dusty as usual, but there are some clear stars shining through the dust. It has been more than 15 months since my last visit. There are flatscreen TVs now in the airport. I feel both a little nervous and excited. The friends of RDCCompetence come and pick me up with their usual hospitality. Already on the way to my Christian guesthouse, I hear some of the impressive progress that is happening over the last months. I feel the excitement takes over and have troubles sleeping under my…

Sometime in May 2012, I was invited by Ugandan ministry of Gender, Labour and Social Development to present a paper on Community Life Competence Process during a workshop drafting the first Social Gerontology Manual for Community Workers.  The presentation attracted the attention of the ministry as a very innovative and sustainable approach in promoting community ownership…

The hunger summit convened by the British Prime Minister over the final weekend of the Olympics confronted the  issue of hunger in the world. It is estimated that food production globally needs to double in the next 20 years. This fact alone is sufficient to throw the spotlight on food security as the principal challenge facing Africa and pretty much everywhere else.

I am sitting with members of a hijira group in western Bangladesh. They asked to see my colleague and I when we visited a church group in Meherpur. The hijira are some of the most isolated and marginalised groups in South Asian society. Hijira are a transgender minority group who often describe themselves as professional wedding dancers. They are frequently the target for abuse, discrimination and violent assault.

Aastha Parivaar compiles a unique book, ‘Not like Most Young Girls’

Sex work – the world’s oldest profession. A world of shadows and sleaze. A world inhabited by thousands of faceless, nameless individuals. Walking and talking bodies dolled up in glittering clothes and deceiving make up, flashing frozen smiles, willing to sell themselves for a square meal. But carrying within them tarnished souls and fractured dignities. These are stories of women, men and hijras (or transgender) who have come together under Aastha Parivaar a federation of sex workers…

What's church got to do with it? @uspg

This piece can be used in a variety of ways: As an item of celebration, as a discussion starter, as a means of meditation and reflection, as an inspiration for those who want to make a difference but don't know how.

What is the role of the local church in bringing good change in local communities?

No one brings us together anymore?

Sitting in the compound of a home in western Ghana we are talking to the members of the family. We are listening for evidence of the strengths these people have. They have a determination to give the children a good education. They are concerned that if the children keep getting sick, they'll miss out on the opportunities that an education will bring. The home is neat and tidy: there is order and calm. They speak respectfully about their neighbours and speak of the community's strong sense…

Want me to listen? Tell me a story.

If you've ever had any doubts that international aid or global health is a business, then one visit to an International AIDS Conference will clear them away. Between the free frozen yogurt from big pharma and bookend speeches from the Clintons, it was hard to ignore what a "sexy" disease HIV was last week in Washington D.C. 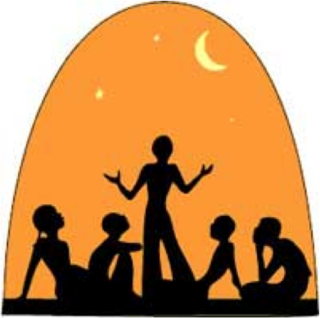 At a pre-conference meeting, I made a…