Knowledge Fair on 10th August 2018 at Udaipur, India demonstrated why should we hold a knowledge fair of communities who are taking action for their issues. This was under Catholic Health Association of India (CHAI) which is implementing Healthrise Program. This is managed by Abt Associates and funded by Medtronic Philanthropy. Patient support groups in five villages have applied Community life competence process to strengthen Patient-centred approach to diabetes and hypertension. 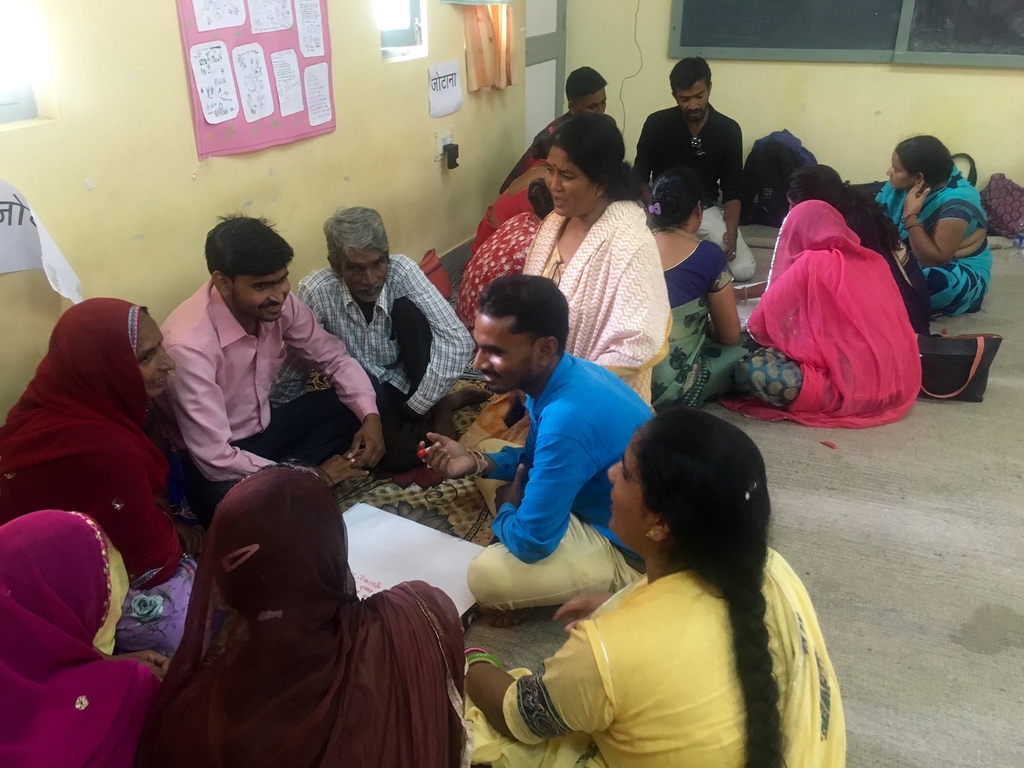 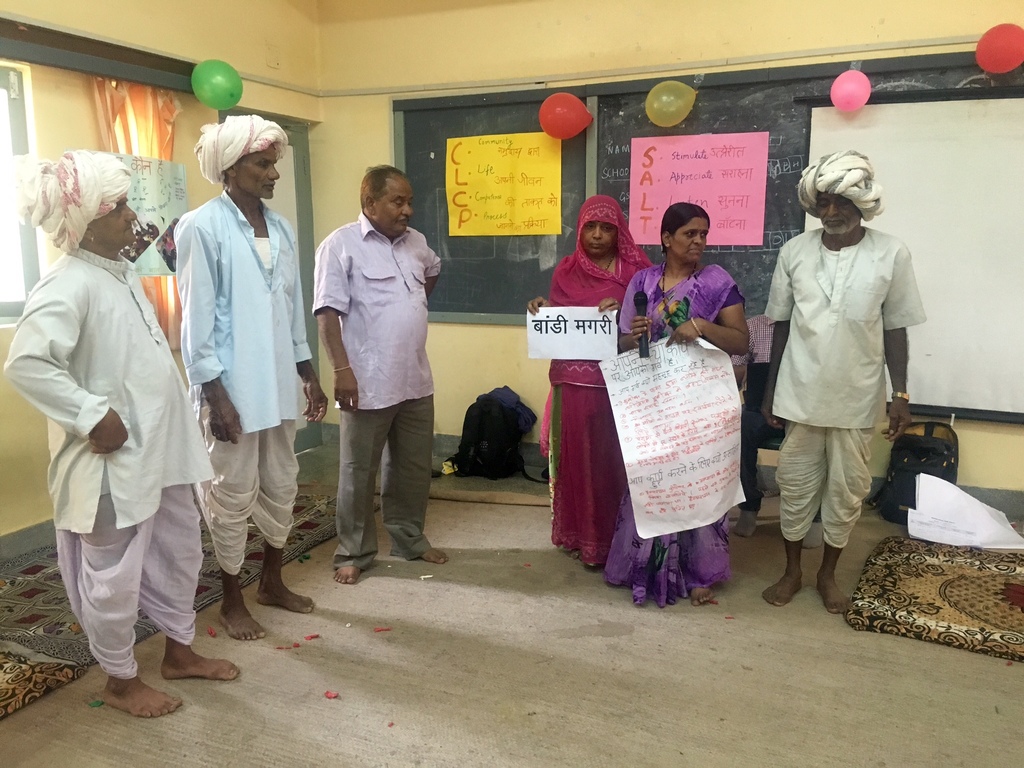 We have realized that for healthy of our community, outsiders will not come. Some changes we have to make ourselves. Mangilal, head of village Jothana seems to have got the clarity on what people can do and what institutions can do for better health outcomes, “ I will promote healthy behavior amongst our villagers, they should eat nutritious food, take medicines on time, keep the village clean and be alert to symptoms. However, we villagers do not have machines to detect a disease or medicines for treatment. For this we rely on government staff and hospitals.”

Participants stated that we have to take responsibility of our own health and encourage others in the community. They listed actions they have taken in past two months like motivating others to get themselves screened at health camps, adherence to treatment, cleaning up the village, begin use of toilets, nutritious diet, less salt etc. One of the patients whom I had visited in his home in village Bhandigmagri, had told me that as his tests were fine, he had stopped taking medicines. But in the fair he proudly said that he has started taking his medicine regularly.

The people recognized the support in patient support groups- those who eat medicines regularly encourage others who skip or stop medication, family members are more supportive and the way food is consumed at home there is a change, family members help in getting medicine for the patients. Stakeholders have encouraged not only patients but also played a role in encouraging others for screening, providing support to facilitate the meetings. The most important aspect, which emerged in this, was the sense of ‘connection’ which feel have felt. Says Asha, one of the SALT facilitators and outreach worker, “ they used to earlier think about themselves, but now they think of the village.”

What if the organization does not come to the village anymore? 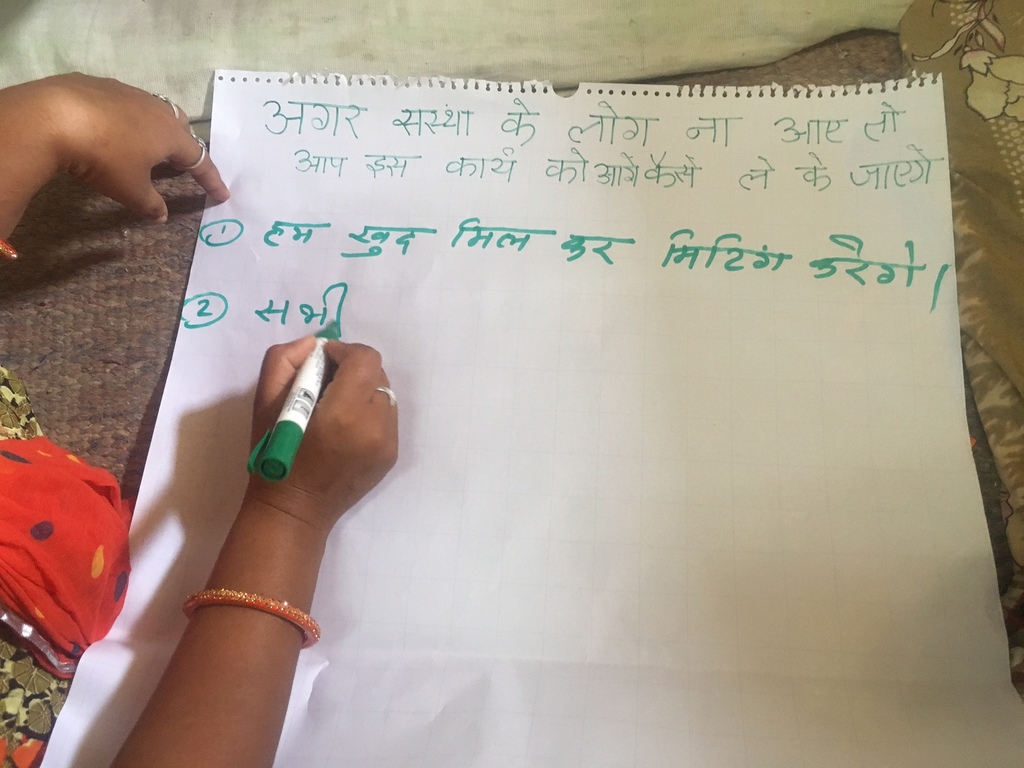 We have learned how to to work as a group said PSG members from Upala Chotiya and so did others. We will organize meetings, encourage others to get tested, take people to the hospitals. They appreciated that the young people who are generally more educated have played a key role. Yashoda, a young girl, from Jothana proudly noted that earlier about 50 children had dropped out of school. But after she with others encouraged the parents, abot 10-15 children now do not go to school.

Participants proudly recalled the village dream they had compiled together and they would like to work towards fulfillment of the dream." We could get only 20-25 people for screening though we had expected about 100 as we as a group had worked hard in convincing others to attend the health camp. So we now need to work harder." Auxiliary Nurse Midwife (ANM), Village Bhandimagri.

Now two examples of transfer- Jyotika Baruah, SALT facilitator from Assam shared the experience of community response to immunization in Assam. Udaipur patient support groups were already thinking how could they apply Assam experience in their own villages.

One of the outreach workers of the organization said that when she got people into the vehicle to the knowledge fair venue, on the way she was anxious if these people will speak in a public gathering. Participants themselves acknowledged that that they were nervous but they felt comfortable and when they saw others speaking they too were encouraged. 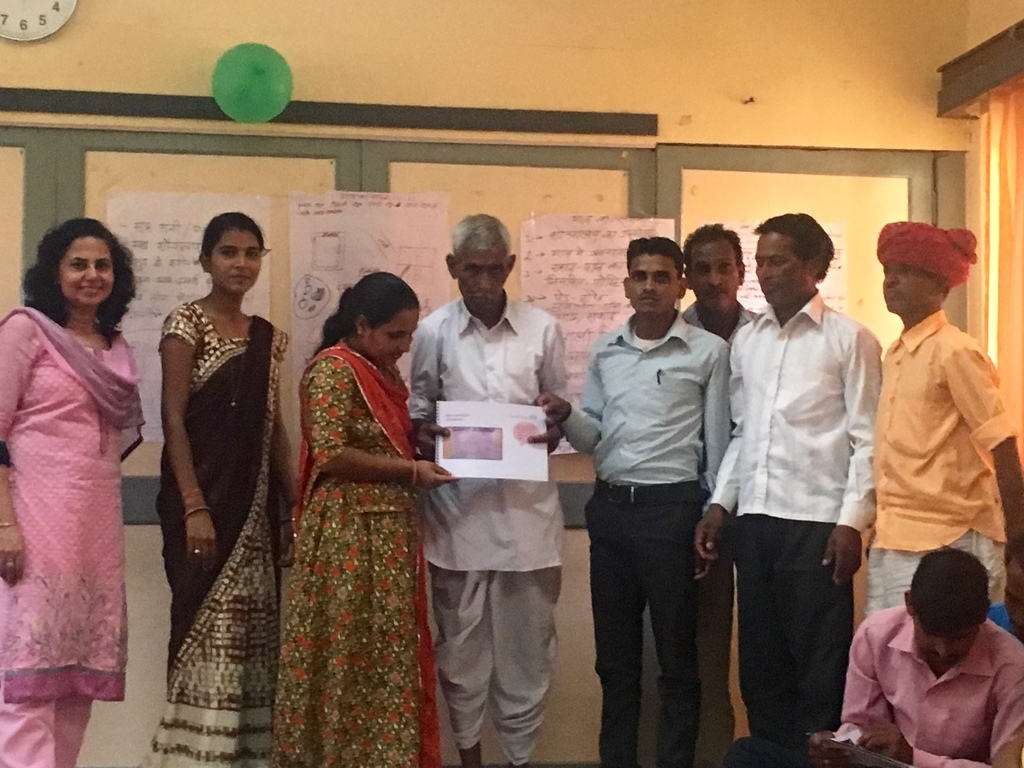 Conclusion: We do not need to lecture anyone. Just get together people, who are taking action, give them a safe space and they will learn from each other. The mantra is that us, facilitators, need to appreciate and listen with the aim to learn, communities will share. I also saw the power of SALT and CLCP- giving people a purpose to life, making them feel good about themselves and the inner abilities they have, giving them hope, helping them see what they can do when they come together.

Nice pictures in the blog.