Teenagers encourage the community on use of toilets

We are using SALT and CLCP with Catholic Health Association of India (CHAI) team for a patient-centred approach to diabetes and Hypertension through setting up of Patient Support Groups (PSG).

On 24th July, we had gone for a SALT visit to appreciate the actions the PSG of village Namli, Jhadhol block, Udaipur (India) has been taking. I asked them what are they proud of. The patients said that they have started taking medication regularly. The local health workers were able to encourage people to attend a health camp. About 18 people got their health check up done.

They smiled and added that for last few weeks most people in the village have started using toilets. The government had build toilets about a year ago but no one used. "We are used to going out for defecation," they said. And then what changed I asked them. After compiling a common dream, the PSG began to make an action plan. One was use of toilets. Two teenage brothers of grade eight and nine came forward and took the responsibility of raising awareness. 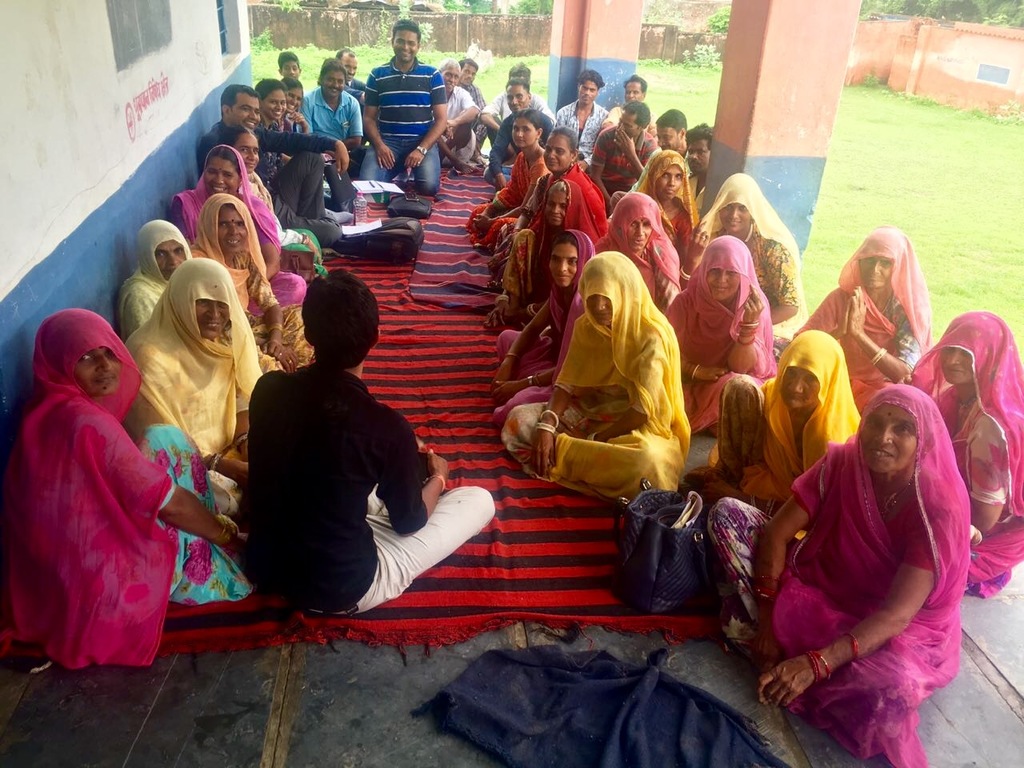 After that they went home to home asking people to use toilets. As our meeting was during the day, the boys were at their school. Their father said that he was proud of his sons. Four people in the meeting said that the boys had visited them. People have begun to use toilets but its limited use. Still they are waiting for water connection and proper drainage system.

Sharad, assistant program manager, in the project analysed it very well. He said that for the PSG on diabetes and hypertension, the support from youth above 18 years has been less as they said they do not have diabetes and are busy in their studies or livelihoods. Those between 14-18 years have shown more interest. He says,  "we gave them equal importance, they felt that they also have a role in the village. This encouraged them to take action." Another boy in the village took on the job of visiting people and talking about ill-effects of alcohol.