Glocon- A revelation of local movement through dialogue; facilitated connection; happening in many countries; a global and local community conversation which explores strengths for response to HIV and critical concerna. The Glocon team was in Ukraine from June 16th-22nd, 2012. In Ukraine, HIV is a serious concern –of note currently is the vulnerability of the large youth population and women living with HIV. Drug use, harm reduction, male sexual risk, and prevention gaps have been contentious issues nationally over recent years. Ian and Alison were part of visits to local communities outside Kiev in the late 1990’s to explore links between alcohol addiction and HIV and family engagement. In 2011 two visits reactivated ‘Human Capacity for response’ connections-one was in March to Kharkov, in association with Mildmay International and The Salvation Army; the second, in October, was to Odessa, in support of the partnership of UNAIDS regional office (Moscow) with the Constellation for Community Life Competence, and local community action groups. Day 3 –Kharkov : Reflection on progress over a year; home visits and community conversation

‘We see openness in the conversation that shows that change is already happening.’  -Iryna H.

Hope:  ‘Be patient waiting for a result – patience develops endurance, and a kind of healthy stubbornness – see beyond the problem.’ -Vadim

8 years ago I spoke with the woman who sells ice cream from the kiosk – she asked about the play area we have for children, so I invited her daughter to come.  At that time they were sleeping in the kiosk too, with no other home.  The daughter began to come for school support, and to do well in school.  The mum came along and became a volunteer.  Mum got a better job eventually and they were able to get a place to live.  The daughter is going on to college for a profession, the family is self-supporting, with high principles.     -Oleg

I have good friends, we went and I saw the sea for the first time. I am happy.   –Nastya

Has this experience changed the team? Yes – seeing the family survive with very little, I became more grateful. –Oleg I saw the importance of support and encouragement to our children. –Irina R.

Tamara used to talk with me.  Then Lydia met me one day during the cold winter.  She said ‘Come, we need you’. I thought, ‘in my condition of poverty, and someone needs me?’  At the time we were surviving on the carrots we had grown the previous summer.  –Irina H.

The foundation to relevance  is the personal journey –without real life story surrounding the ups and downs of the systems there is no purpose to the systems.  -Ian

Support, Awakening, Appreciate, Understand, Change by questions, Process, Handover or Transfer, Pass on to the next 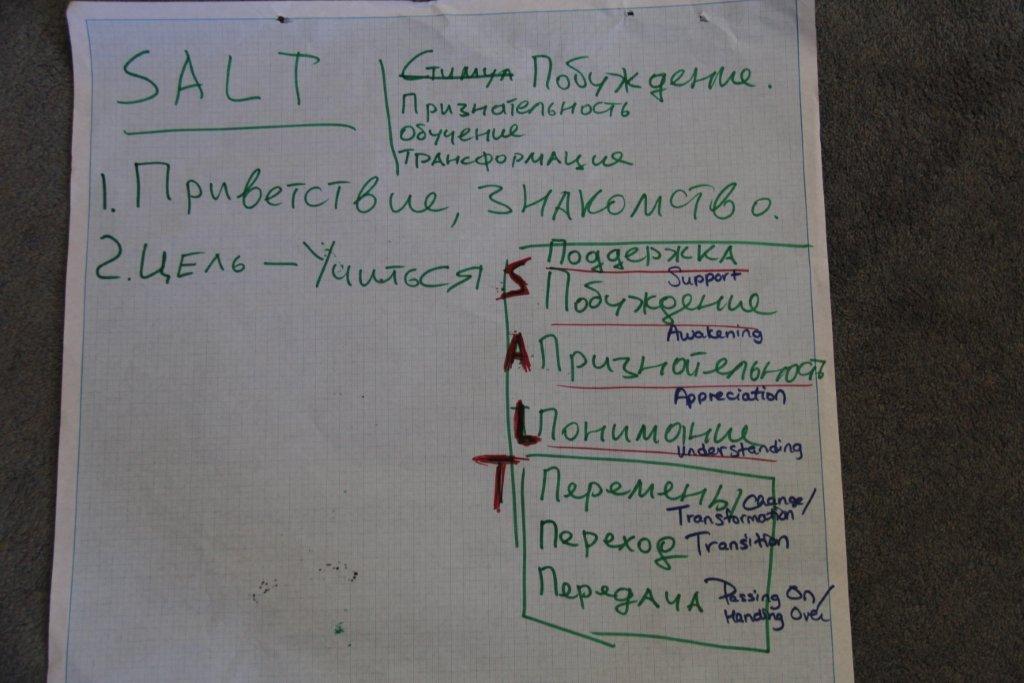 We visited a family that has formed a community of families in the neighbourhood.   They have mutuality.  –Galena

Conversation between families has become normal in the garden outside the apartment building.  For them this is natural.  –Ian

It started from shared concerns with families that are not perfect, and parents who want to be better.  -Vadim

I don’t usually like home visits, but I did become energized today, as our new friends warned me might happen. –Natasha

One person alone with a problem cannot deal with it.  Support is very important. –Slavic

We learn and receive, as well as give. -Eugenia

I see the benefit of home visits.   Today I saw that people need support in their strengths, to reflect back to them, and encourage them.  People want to know themselves and the world better, and contribute to it.   –Iryna R.

I want to do more to get out, not only work from my desk. –Oleg

This helps us change our role from carrying everything, limited always by how much we can carry.  We can start by going out each week as a team, and we will learn how we can shift our priorities. –Vadim

Visit to ’Together for Life’-an NGO Consortium.

We were concerned about the creation of a subculture of people who live with HIV.  We want them to be part of society as normal.  They are a resource, with their experience.  A person should know he can begin to help someone else from day one.  –Alexander ‘Together for Life’ (Ukrainian Orthodox Church priest and psychologist)

There is a new idea of social networking for handicapped people using computers that are older, being replaced.  SALT can be expanded to use in many ways.  –Sasha (youth NGO coordinator-- participant with Ian at the Constellation/ UNAIDS/ local NGOs community life competence workshop, Odessa, October 2011) 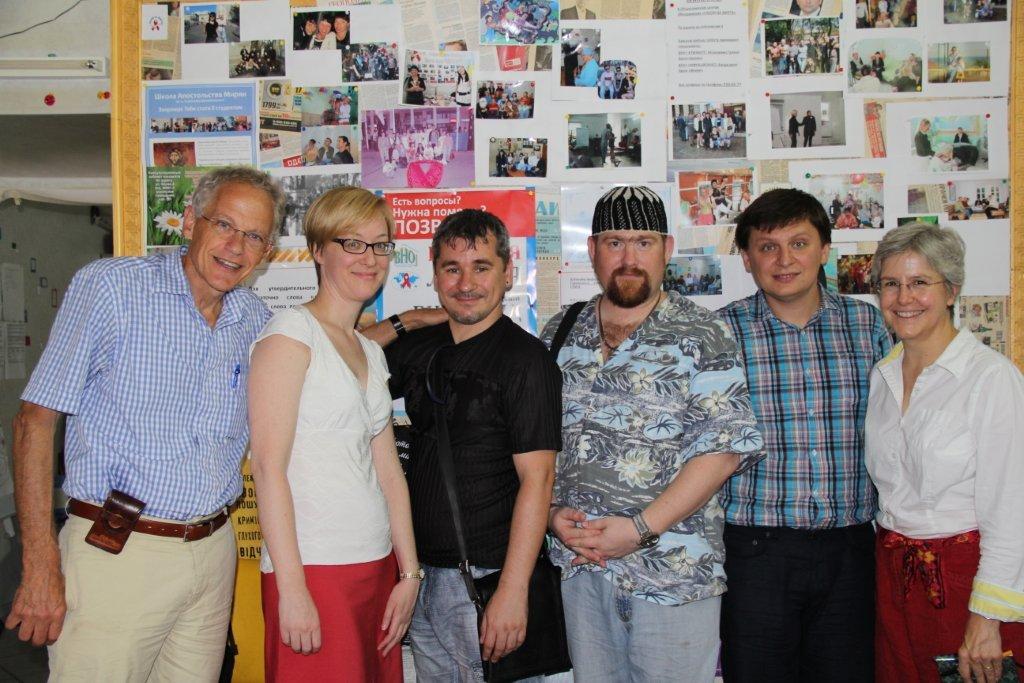 We did a ‘camp’ of interaction from professionals, business, and social programs – everyone had to bring something and contribute something.  People became open in new ways, formed discussion on different themes and issues, shared experience.  –Aleksandr (lawyer and social connection activist)

There will be a renaissance of philanthropy, but it is not here yet. –Alexander ‘Together for Life’

People hear of something and try it themselves.  This simple approach is influential.  -Sasha

I’m concluding that organisations are only temporarily necessary.  Really people on their own can interest others just through interaction, if they are wanting to change something. –Sasha

We have been applying SALT to different situations, most recently with taxi drivers who are a bridge to sex work and are concerned about HIV.  –Tatiana  (‘Faith, Hope and Love’ organization -and participant in the October 2011 ‘SALT’ workshop)

We should have another meeting –we are happy to share our experience since last October with others who have also examined SALT approaches-and yes-we should look at ways of getting ourselves there.- Tatiana

The visit was an optimistic HCD-focused follow up to the October CLCP workshop. They seem to have applied SALT to HIV context, and also to disability, and to local 'life' in the city. They have found that the design of meetings can be different: facilitative of shared discovery and ownership through group reflection cf issue-centred lecture style.

The home base shown in Kharkov to be so fundamental to ownership is also recognized in Odessa as a core element of a movement of people for care and change.

In the process of generating movements, organisations such as development NGOs are a ‘temporary necessity’ at best. Unpretentious self-critical reflection on the corporate question ‘Who are we?’ is the underpinning of authentic synchronization of personal, business, and program ethics, making vision and direction consistent, tipping goals and mentality toward the responses of people, who would otherwise be perceived as helpless and often hopeless victims.

A person wanting help can receive it as an equal today, and be active tomorrow in sharing story with others, and so the movement happens.

Please note: this blog was adapted from Glocon's report written by the Glocon team. I adapted and posted it for Constellation members. Thanks Glocon Team!