When Arthur and Edward from Health Nest Uganda (HENU) picked me up at my hotel the day after our SALT visit to Katabi (see Ubuntu on the bus) they had exciting news. Both had independently started their day with the yoga exercises I had shared with the Katabi group! This was so encouraging that we repeated these exercises during the next SALT visit to the Kitubulu community. The exercises were met with the same enthusiasm as on the previous day.  That enthusiasm became euphoria when we started some laughter therapy : we were making so much noise that people crossed the busy highway to Kampala to see what was going on! 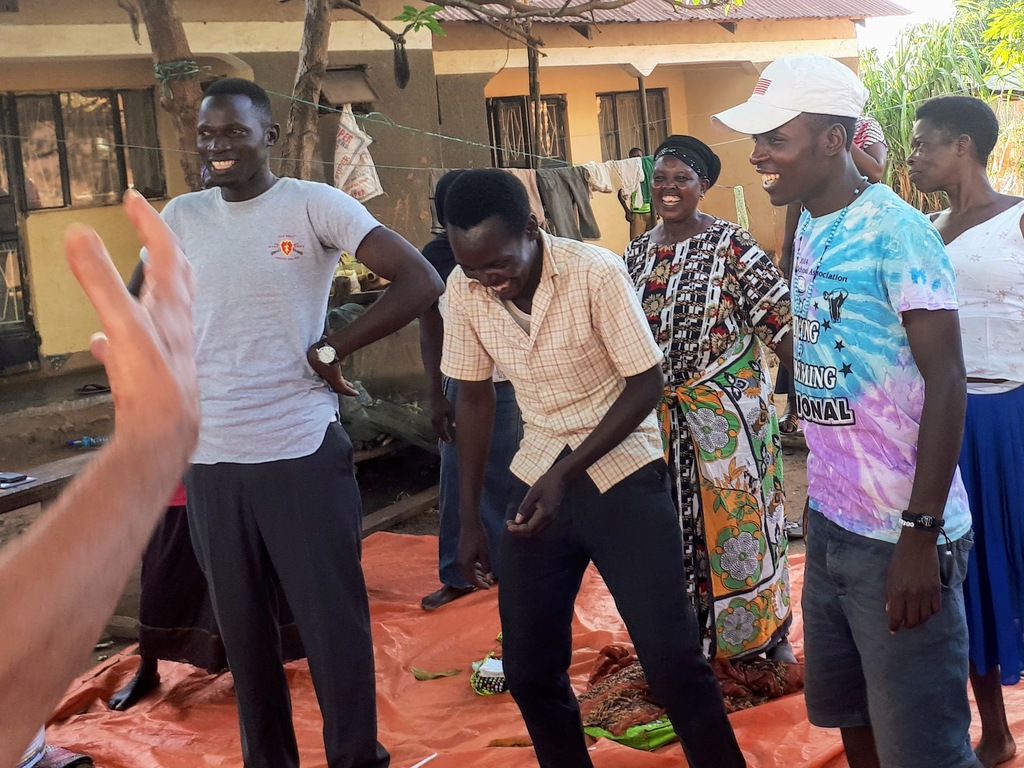 Here, I should express my deep gratitude to Laurence, a pioneer of the Constellation Global Support team who later fulfilled her dream to become a teacher of yoga teachers. I am thankful to her for two reasons.  First, Laurence had offered me two yoga sessions in November 2016 when I was in Chiang Mai. Since then, I practice my daily routine with a few exceptions due to my intensive travel - try yoga on an Indian Rail sleeper coach! I am far from doing the exercises with perfection. But I felt compelled to share my routine with the community which for at least a few moments had become mine.

There is a second reason for my gratitude to Laurence: she created a powerful illustration of how life competence spreads. In Mbuji-Mayi, the capital of Kasai Oriental, a support team of three people trained 44 facilitators from 20 communities to facilitate the development of AIDS competence. Determined to share the approach with more communities beyond their own, they did not stop there.  Six months later, these communities in turn were sharing the approach with a third set of communities, leading to a total of 120 communities influenced by the approach, rather than the 20 originally planned. We had not expected that result. Laurence took the time to document it. When I saw the practice of yoga spread unexpectedly in communities I thought of this illustration.

Later during our reflections with the HENU team, we hatched a dream. What if HENU offered a basic training to health volunteers so that they could offer daily yoga exercises to the old and young? No doubt, the practice would go viral!

When we practice SALT to connect with people in the present moment, expectations melt away and the unexpected can happen!

More on SALT in What-Makes-Us-Human

Thank you JL for sharing! I'm sharing the enthousiasm and the smile of the community members in this picture!

Thank you because you bring also confidence on the fact that when we share with our heart we can touch the heart of others.