We at our NGO Jan Jagriti Kendra (JJK) are trying to connect village communities to different government schemes. Then they are less likely to take debt which will reduce their vulnerability to bondage. We are few staff in the office and we want the community to take lead in getting the services. However, when we go to the villagers they say that if we could do it for them as they are uneducated, poor and cannot not deal with the government officials.

This story is from village Jampali, block Sarangarh, District Raigarh of Chhatisgarh. Here the villagers needed attestation by the village head (Sarpanch) for getting ration cards to avail subsidised food grains from the government centres. However the village head was not ready to sign for them and villagers were helpless. We started using SALT amongst villagers and we do home visits with villagers, who soon began to identify their inner strengths and also strengths in each other. They thought if they had been able to achieve a lot on their own in the past, they could do so now too. So, they got together and approached us. We helped them to write an application. They approached the District Collector (senior administrative authority) with the application. They asked him to call for an emergency Gram sabha (village) meeting. Finally, the meeting was called in September 2015 which was attended by the District Collector. In his presence, the village head had to sign the application form for 117 ration cards. Our role at JJK was changing. Instead of doing things for the community, we were encouraging them to do things for themselves. And they were far more successful than if had tried to do it for them. 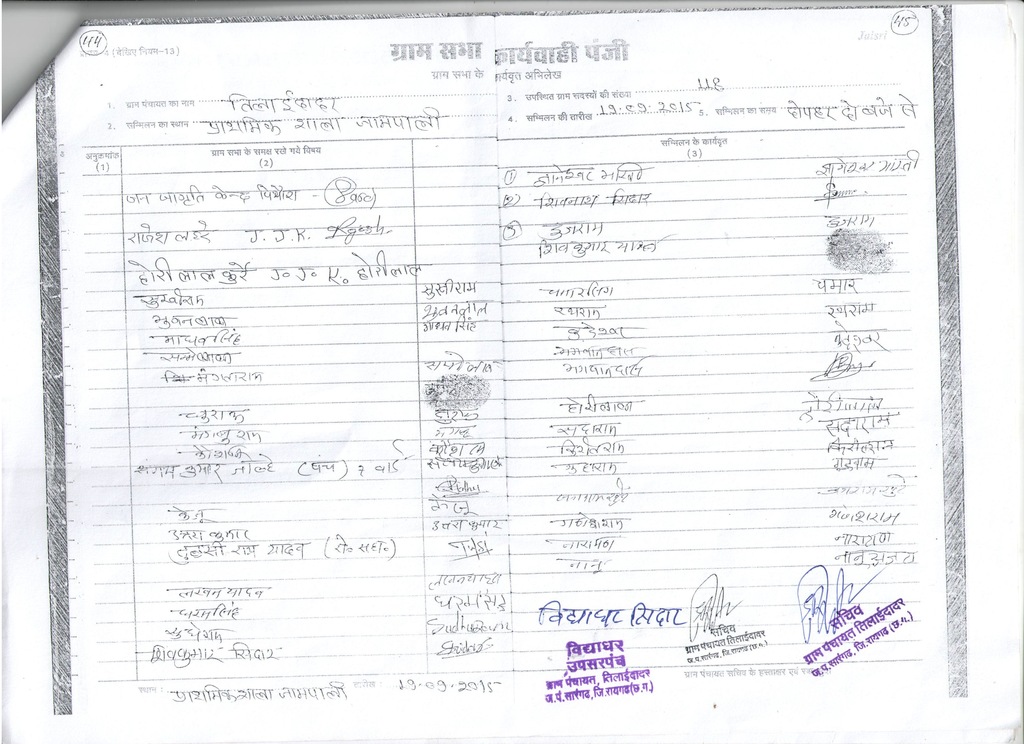 (The project is supported by Anti Slavery International, UK)

That wonderful story should be brought to light as it shows that even part of the CLCP can be highly beneficial for communities. We don't always need to accompany communities throughout a complete cycle; realizing existence of own capacities is sometime enough to trigger the energy of people. That's the power of SALT!