Suddenly I was filled with happiness and with warm feeling. Jean Louis visited us, Indocompetence members, in Bandung last two week ago. We reconnected one and another. There was Dewi, Eki and me myself. Prior to the visit, Dewi and JL have had salt visit to Maluku Competence that has shared me with so much energy of Om Eli who has been safe guarding the ‘ budaya’ to keep environment treated sustainably to meet local people need. What I have learned from JL’s story of our colleague in Maluku is that endurance of action that is fostered indeed on SALT as way of thinking. 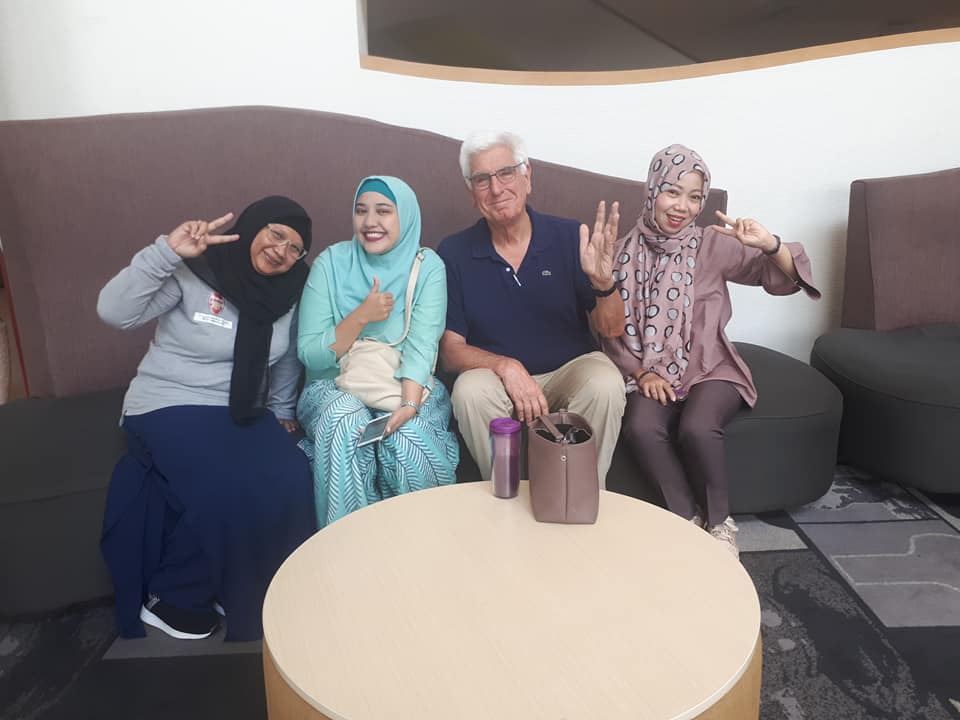 In Bandung, we visited “cage” of Sekolah Perempuan or Woman School. It was Anna Farida and Indari Mastuti, the two full-time mothers who have been writing 30 and 65 books on various themes. Their spirit and power has been cultivating, inspiring, empowering and enabling another 1000 mothers to write 3000 books within 10 years. Wowww..what amazing local energy and power of full-time and a very professional group of mother. I learn that we, women, can do anything from home. We can initiate changes without too much leaving family. And this is not a simple task. There are specific and sophisticated skill acquired and Anna and Indari have been providing that service to all women and house wives through their online smart business and networking. We Indocompetence should learn from them and transfer their energy on how to connect and reconnect with as much as local response in Indonesia where we can identify SALT principles applied, then we can latter on introduce the whole SALT approach and learn from each community how SALT principle is used and meaningful for them. Anna and Indari called the place as “the cage” since their place is small for such huge energy they possess that can influence a lot of mothers. JL considers the cage as space of freedom and happiness. I feel their cage is borderless and very much encouraging.

On the second day, we have warm chat with our friends on West Java Aids Commission. I learn from our conversation that SALT is not an utopia. It is proven be able to solve AIDS issues at very big coverage area. In West Java, we have been facing such a challenge on the rapid and big number of MSM who are mostly children (13,888 – West Java Aids Commision-2017). There should be a breakthrough to respond to this problem. This challenge is more tremendous currently when National AIDS Competence is no longer available. It has been part of Ministry of Health and leaving the 33 provincial and 500s district AIDS commissions uncoordinated. I’m thinking about how to run faster that the spread of the virus among our young MSM. Recently AIDS is not public concern. NGO or government owned AIDS community support team were misleading on understanding outreaching and supporting PLWA + HIV. However, the head of secretary is an open minded person, as well as the rest of the group. We introduced SALT during our SALT visit. We will see, how we could follow North Thailand’s achievement on making the epidemic stopped and controlled. As I chatted with JL, I learned that MSM and community should pass SALT Test before have AIDS Test .

The rest of JL’s visit was used to discuss what are Indocompetence future direction. In a mean time, we will support West Java Family Planning to equip FP Task Force with SALT approach to enabling them stimuli people participation n Kampung KB program. The FP Task forces are in charge person at district level to support Kampung KB program. The Kampung KB is one of poverty reduction program where all government support program to villages are coordinated under the Kampung KB platform. There are 1320 Kampung KB in West Java and we will start next week by providing training to 30 FP Task force. Its around 300 Kampung KB potentially introduced by SALT through the training participants. The objective of the training is that, the participants able to assist villagers on building their dream using SALT approach and do the rest of CLCP mechanism.

Recenty, I learn that Dewi and Eki has been keep delivering and introducing SALT to the East Blood Cross Corps new members. SALT has been introduced to around 1000 members and I can’t wait to learn from them how SALT is used in their individual life. Chandra has been keep practicing appreciation and learning as part of SALT to his team at SufAid at Sumba Island and his member team using it on their home visit to his project beneficiary. He admitted that SALT has gradually creating such happy and joyous working atmosphere within his team and this simply vibrant to people surround his team. In addition to this, I learn from Novi at West Borneo that she will apply SALT on the dream building among her colleague on Halal Food Indonesia Chapter Pontianak to establish what she called as Halal Competence.

Its all are amazing and I really thank you to all my colleague in Indocompetence I expect more stories, more experiences, more sharing and more learning from the rest and the new friends of Indocompetence that admit SALT is useful as one of life ingredient. Yes, Indocompetence Rocks! Thanks You JL who has been make us reconnected.

This post has energised me. One embraces SALT from within and that is why it always stays deep in one's heart. I wish Indo-competence all the best.

Would love to have more cross-learning and sharing between Indonesia and India. And if Pinoy competence also joins us? How is that?

Thank you so much Wiwin for sharing! Indeed, we had a very happy get together. May the revival of Indocompetence last for generations!