"SALT helps me learn all the time!"

I have been part of the Family Planning (FP) Board in West Java Province and Bandung city to work on community empowerment of the family planning program. there are almost 2000 village-level groups established since 2016 with the objective to boost contraceptive use among women in reproductive members as well as cultivate the eight family functions among families in Indonesia. Using this village-level group, it is expected that families of the targeted groups become a member and benefited from the initiative. I understand that, there is only a small number of the village-level group achieved the situation we have been dreaming of. I was lucky to be able to interact and make meaningful conversations with those best achievers. With some friends, members of the provincial-level advocacy group on the Family Planning program, I attended a workshop on strengthening regulation support on the implementation of the village-level groups on FP to boost the achievement of SDGs agenda. 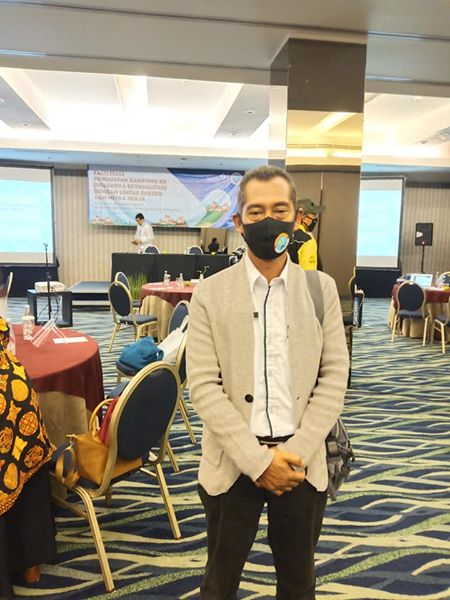 In the workshop, I met Mr, Ayyi, a village leader and Ms. Ani, head of the village-level group who have been played a very critical role to make the group being supported by the rest of villagers. We have been witnessing, those local leaders were behind the success stories of the group were members of the group are positively impacted by the group concerning the FP program as well as the 8 family functions implementation. I learned from Mr. Ayyi that he adopted the 8 family function as the spirit of his village development agenda simply because he understood that development ultimate goal is making people and family of his man are prosperous. He started his work with a series of interactions and meaningful conversations that changing people's mindsets. It took three years for him to make villagers understand the village situation and make themselves development actors. He said that people did not complain to me when they found that some parts of the village roads were still broken since they know the situation. He added that this situation makes them focus to work and develop their village. I learned from Mr. Ayyi that he stimulated and made connections with villagers so they could derive shared dreams and did a shared mission that makes their village well developed. 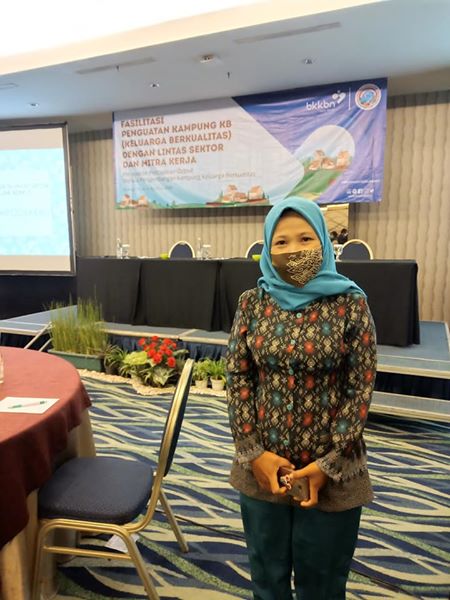 From Ms, Ani, a mother of three I learned how a strengths-based viewpoint can make trash gives people money. Initially, she was a student of journalism who was not allowed by her father to pursue her carrier in the city. She stayed in her village and started to see how slum was her village because people were littering everywhere. She joined a village level training on Family Planning Village -:level group and start to share her concern about trash. She collected her domestic waste and invite her neighbor to do so and ask them to collect plastics waste and put it on her back yard. She is working to raise awareness of this value and after she can establish a waste bank government institution came and offer her support. what I have been learned from Ms. Ani was that government mental block that makes them work in the silo was something unnecessary for village people. She said that, why should we keep institutional ego let just work in cooperation for people's goodness. we at the village felt it's not a matter for us. Anni is calling for cooperation, for working in a team with trust and focus on people's agenda. Anni used an approach to making trash becoming gold attractive for mothers group and they can earn money. Using their interaction mothers start to talk about family life as well as contraceptive use.

they have a big dream of better access to education and the economy of their people through managing family size and resilience.

Wiwin, thanks for posting your experience. What do you thinking motivated Ms Ani and Mr Ayy to take action? Warm greetings!