The potential of community building

“The good news is that the world has enormous unexploited potential in the form of inspired, intentional, and collective entrepreneurship. But we need to be much more methodical about tapping this dormant force to bring about global movements for good.” (Scharmer & Kaufer, 2014)

I wrote this article A deeper level of humanity about my…

Who are my neighbors? Dutch people always seem so busy... 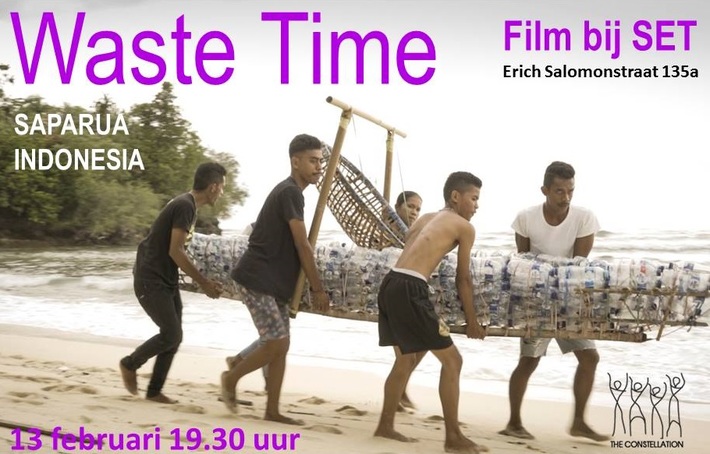 "All Women Aboard" - new programme for refugee women

Strengths-based participatory programme for refugee women in the Netherlands starting soon!  "All Women Aboard"  What a joy to be part of this with The Constellation.

In partnership with a Dutch agency (Implacement) and a large municipality, we organise a one-year vocational programme for women who came to the Netherlands as part of family reunification. Their refugee husbands received a permit to stay, and recently their wives (and kids) from…

The desire to connect is more powerful . . .

`This is us´, a refugee from Eritrea says after watching `The match of our lives`from the documentary project As You Open Your Eyes. 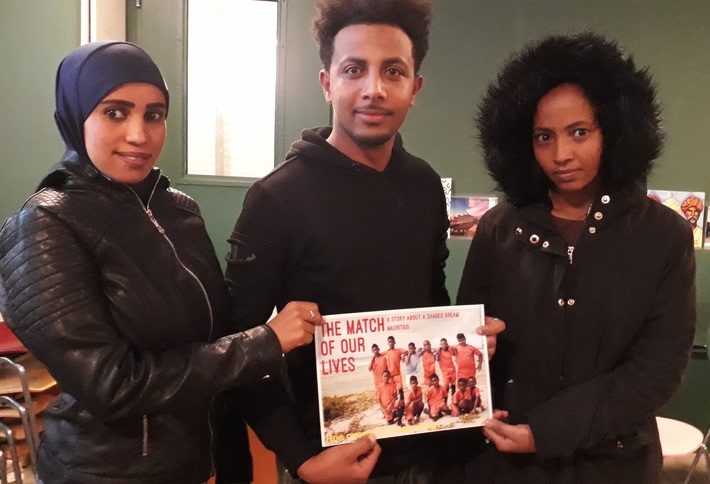 ´This is us; when I was a child, I walked barefoot, like the children in the film´.…

Community based self-reflection by climate activists - How are we doing with our Values and Principles?

Utilising the CLCP self-assessment tool, I guided a group of climate activists through a process of "community self-reflection". Currently, this climate movement is reflecting back upon a period of many intense actions (e.g. blocking roads) in public spaces, and at the doorsteps of corporations. “Yes, that’s your opinion; but what would be an example?” - deepening SALT by story telling

What I appreciate so much about SALT, is that it fosters deep connections between people. When we suspend judgment and take time to listen deeply, we arrive at a shared understanding. We meet in a field described by Rumi: “Out beyond ideas of wrongdoing and rightdoing there is a field. I'll meet you there."

As facilitators, how do we allow such a field to emerge? How do we facilitate conversations so that this authentic, vulnerable human connection can build?…

“What accent do you have? You're not from around here.”  Even in a country that values social equality, there are historically rank differences between urban citizens from the large cities and the administrative centres on one hand, and residents from remote rural areas on the other hand.  In the 80s of the last century, candidates from rural areas (speaking with a distinct accent) were not accepted for trainee positions at a large bank. …

I ran into this video with Archbishop Tutu .

I find Tutu's words (and the Ubuntu perspective) very…

Where were you born? How did that shape you as to who you are today?

How to start a conversation on migration? We started a 7-day course on strengths-based facilitation of refugee groups in the Netherlands by letting participants (some of them with migration/flight history, and some Dutch) ask each other the following questions:

- How did that shape you as a…

Refugees help us understand, or: the power of diversity

Only 6 out of the 20+ participants are born in the Netherlands in a Dutch family. The rest of the group consisted of (former) refugees from Eritrea, Syria, Iraq, Kosovo, Burkina…

What makes us human? Keeping an open mind towards integration of refugees

Marlou and I gathered with a diverse group of volunteers and employees of a housing corporation to kick off our project "Common Ground" in a new neighborhood in Amsterdam.

In one street of this neighborbood, one out of three households came to the Netherlands recently as refugees. They obtained a temporary residence permit and the local government provided housing to them. They come from Nigeria, Libia, China, Eritrea,…

For me the S for Stimulating in SALT reminds me of Appreciative Inquiry (AI): what (behavior, routine, way of working) is already going well (even if it happens irregularily or not so often), and how can we stimulate its occurrence to spread or increase?

A few days ago Ayan (former refugee from Somalia) and I were visiting a community of single men that live together temporarily in a housing facility that the local government provided for them, while waiting for their new, individual…

What is so special about story telling?

Yesterday we did an exercise on story telling in a meeting with an informal network of former refugees that are building a future in the Netherlands. In fact, it is a loose network in the process of becoming a community, so we thought it would be a good idea to find a way where the members of this group get a chance to get to know each other better in a safe way, and also to get to know each other's strengths.

Recognising your own strengths, helps you climb mountains and overcome…

"I'll meet you there"

As we are preparing our SALT visit, and exchanging inspiration on the Forum of the online SALT facilitator course, this poem came to mind:

"Out beyond ideas of wrongdoing and rightdoing,
there is a field. I'll meet you there.

When the soul lies down in that grass,
the world is too full to talk about.
Ideas, language, even the phrase "each other" doesn't make any sense."…

Click on the link to view slides from one of the initiatives with refugees that started this summer in the Netherlands. …

Do you remember a situation when the group is going in another direction than what you and your colleague - facilitator anticipated? We can make an outline for the meeting, but the group might need to expand upon a certain issue, or suddenly a new topic comes up that seems very important.

There is always one of the facilitators who is ready to 'go with the flow' of the group, which is nice, but can also create discussion afterwards about the choice that was…

"that what is transformative is ultimately beyond the individuals and group, beyond a method, and beyond words."

The quote in the title of this blog reminds of Jean-Louis' book "What makes us human?"  The quote however is from this article by Lane Arye, a facilitator in an approach called Process Work & Deep Democracy who worked six years in the Balkan (former Yugoslavia) with a colleague on post-war reconciliation and conflict prevention.

In the article Lane…

"The courage to listen", Rev. Jeffrew Brown and violence reduction

I'd like share about the work of Rev. Jeffrew Brown who led a reduction of youth violence in Boston (USA) by 79%.

Here you can watch his impressive, moving and inspiring 30 minutes talk on how Rev. Brown got involved. I'm sharing this video here because Brown's effective approach to community development is very similar to what I understand SALT is about:…

Adam Yukelson, co-creator of the edX course u.lab on Theory U (Transforming Business, Society and Self) wrote an inspiring story on the application of Theory U in a business setting.

If you are interested in learning more about application of Theory U, you might like this article on his visit to a rug manufacturing company in Jaipur, India (Jaipur Rugs):…

In our Blended Learning program (with Anita, Autry, Célicia and Suse) we talk about SALT and its impact. In that respect Anita, Suse and I touched upon a potential risk of denying (hidden) conflict when the appreciative style would turn into 'only talking about the positive', or what is sometimes called 'sugar coating'.
As for myself, I find it hard to deal sometimes with animosity or tension in groups. What to do when an appreciative approach doesn't lead to…
Continue