Who are we? Uncovering strengths through story telling and exploration of Hopes and Concerns in Catalonia.

I would like to share my experience in applying SALT to a project with Civil Society Organisations in Tarragona, Catalonia.

A gathering was organized on 20th January, which was facilitated using SALT to get to know better "Who are we". Some organisations / reference persons know each other, and also have a history of working together, but not all, so diversity was there, which was hugely needed to be taken into account in the facilitation process).

Participatory exercises were used to help creating the atmosphere that supported sharing and trust. Later, in smaller groups, we worked together on concrete experiences and stories of linking up among the organisations, giving also space for the Hopes and Concerns, which appear in relation with possible future collaborations and networking . Sharing the Hopes and Concerns has been key in order to give space to both the strengths that were implicitly present in the shared stories, and the ways that challenges were overcome. Given space to the challenges had a powerful effect, in connecting differently, from a more human communality. 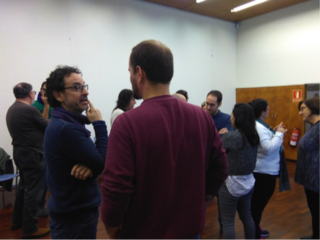 Those were some of the strengths and challenges overcomed: 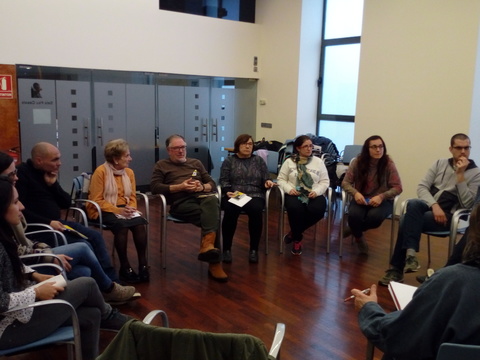 Afterwards, the stage was set for talking about a vision for the future, and which type of collaboration and networking can appear.

What was my main learning from applying SALT?

By unfolding the strengths through story telling and exploration of Hopes and Concerns, interestingly creative energy appeared, willingness to explore different options to coordinate that might differ from other experiences in mores centralised provinces like Barcelona. Owning the own way and wisdom of solving their own situation was powerful, a starting point, that seems will have a follow-up in the near future. 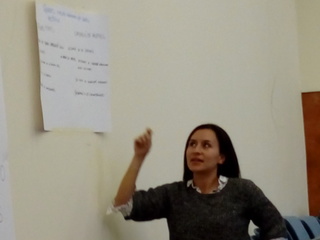 What I also like about what you wrote: give space to discuss the challenges, and then bring it one step further to strengths by asking the question: "how did you overcome the challenges?"  This is how you tap into existing resilience.

Sometimes an appreciative approach is erroneously interpreted as only discuss what is going well. It is with the exploration of overcoming challenges, that we get to depth in our sharing, and we will uncover strengths we didn't know we have.

Noemi, what an impressive list of strengths emerged from the story telling exercise! `Wisdom of solving their own situation´... the essence of SALT!