These are stories of my individual's experiences and other local facilitators' ones when we worked with 13 groups on the Family Planning/Keluarga Berencana - KB Villages program (Kampong KB).  The program is the Indonesian Presidents' initiative to boost poverty alleviation by inviting all relevant development actors to support the Kampoong KB movement. Currently, the initiative has been run for three years and we found almost 2100 Kampong KB has been established in West Java Province.

Program intervention is aimed to ensure that families on that Kampong resilient. At the end of the program, we would like to see that all family are resilience with religious value as foundation followed by better social and economic status as well as good neighboring and environment. The contraceptive use rate is intended to be increased along with people aware of having a planned and happy family.

There are some criteria of which one area is considered as Kampong KB as following: high population number, the low school participation rate, slum and poor area, low contraceptive used. The following are some notes of experiences during the facilitations.

There are 11 local facilitators involved during the facilitation session. There are 6 Kampong KB that have been developed their dream and action plan.  meanwhile, the other 7 are still in the stimulation phase where we conducted a conversation as we introduced SALT as an engine that motivates the community working group to keep working.

1. Stimulation of community member's participation using SALT as a way of thinking.

This part of the conversation is my favorite :-) since deep conversation can be conducted. Most of community task forces were upset with so many problems they faced since FP program (contraceptive use promotion and services) have been fatigue due to high contraceptive use rate among women at reproductive age. However, almost of 80% pills and injectable contraceptives are favorite among people.  These methods are unsustained, and the country program would like to make people change their contraceptive to long term methods. 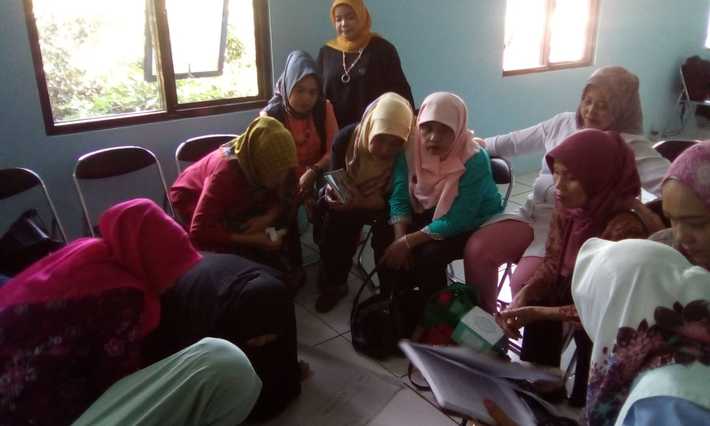 Introducing SALT as ways of thinking I found that community task force members start to see the problem as a challenge. And the strength-based way of thinking evokes their understanding that using short term contraceptive means is better than no using at all. Visiting contraceptive user to have deep conversations then become immediate action task for

Six Kampong KB task forces found that dream building session was fun and joyous.  We are laughing and giggling realizing that our drawing is "bad". We thought too much, and talk too much and when we start to draw we have no idea then we were laughing together. Some of the participants are instructors of early education school who then reflected and realized that their students are very good at drawing picture. 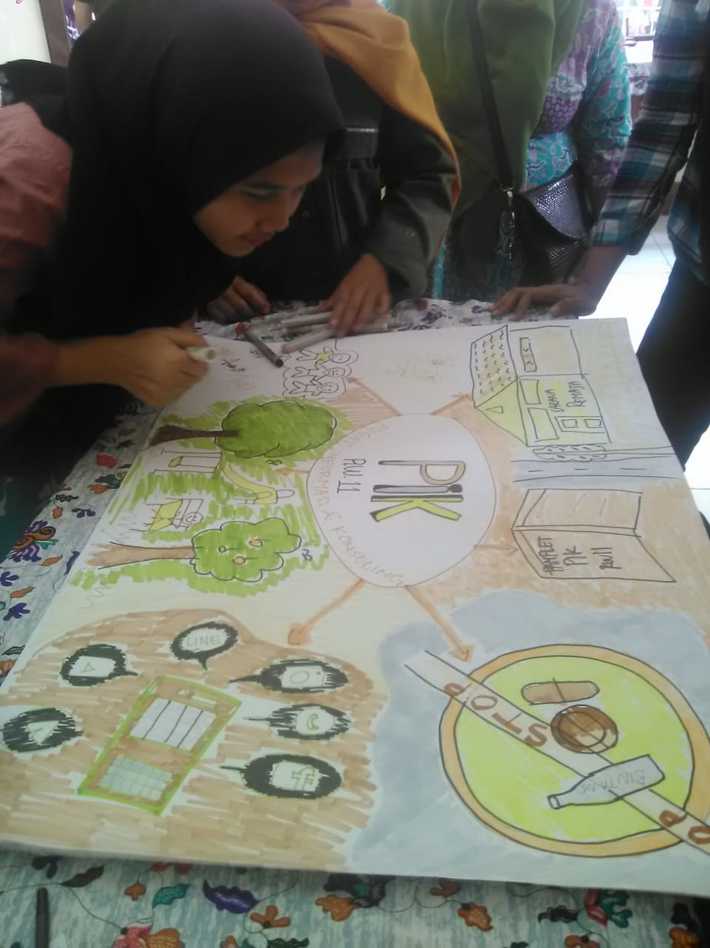 I also found that dominant task force members insisted her/his dream becoming a shared dream.  I said that go with that idea then along the way other members can add on. Knowing that we didn't have sufficient time on this dream building session, we invited two are three individuals to share their dream as a teaser. We found that 6 dreams we have been made reflected commonalities.

3. Action Plan - what is innovation?

I found that most of Kampong KB have no action plan. Community members were the target of the initiative who been invited by FP Cadres and FP filed staff. Communities have not yet owned the issues. Formulation of action planned was conflicting with target indicator and we were struggling to be discipline to identify doable action plan.  One leader of Kampong KB said that when your team will visit us to see how this action planned is working. My team and me feel optimistic that our facilitation is promising. I was inspired by Elma, provincial senior manager of  Provincial of FP Board who invited me to share SALT as WOT on FP training center last two years ago.  She believed that SALT is "something" that can make her field FP worker move to work. FP Board in Indonesia has so many tools, however she and I concern on how to make them really working not to say most of them are not working. Why? She found that FP worker need spirit. And she believe SALT can be an answer. There is still so may laps to go, but we believe SALT effects Elma, me, IndoCompetence local team team and 13 Kampoong KB we work.

Wiwin on Instagram - we are working with communities at 9 sub districs on program called family planning village. The village is where people are working together to poverty alliviation and improve life quality. The processes were so fun when SALT introduced to members of village task force. Focus on strength based view point we draw our ambition. Some villages own the issues already some are still on the process on understanding what should they do. On this FP village we intend to ensure that all pregnancies are planned , long term contraceptives are used and family members start participating on existing support groups at village level. Long way to go to make our dream come true and all of us on fire and been inspired to reach our dream.