Lessons of Local Response: The TaWangtan Municipality of Chiang Mai

“Autry as I listen to your experience, I am reminded of the story of the candle and the dark room. One candle when lit, offers a glimpse of what is in the room while in darkness. However, if more than one candle at a time, is lit, the total strength of the once dark room is eventually revealed.” Tricia, a colleague with whom I shared the rewarding experience in the ‘City of Stars’ [Chiang Dao] and ‘City of City’ [Chiang mai], especially about the local response of the Municipality of TaWangtan over the period of 15 years. And I dare say that the simulation, exactly reveals the local response of the people of TaWangtan over their 15 years experience starting with the scourge of HIV/AIDS.  As the municipality reduces the incidences of HIV and focused on ‘wellness’ the myths and all other negatives of this scourged changed to what I always termed ‘Living a healthier lifestyle’. This was a true representation of the shift from darkness to light within the TaWangtan municipality, a municipality that has a population of about 10,000 people,  living in 4,000 households, in 13 villages.

Just over 15 years ago, within the municipality, the situation was so intense that there was one death per week related to HIV. The current chairman of the municipality started with the municipality’s effort as a volunteer and was subsequently invited to be a member of the municipality and then elected as chairman. He indicated that initially, the problem with HIV and it’s consequence was significant and serious concern on how to deal with the threat. The effort to address the concern met with resistance since HIV was considered a myth / traditional belief. The men especially were more concerned by the fact that they were being deprived of sex.

There were concerns about access to people to alert and sensitize them. The local christian ministry supported the local effort with much appreciation. A ‘trigger’ however, to this effort of meeting the hearts and minds of people was when a very handsome and popular male contracted the disease and died. This apparently touched many homes, individually; no one went to the funeral. His wife wanted to commit suicide. This was the inspiration needed!

“We took action together” said the Chairman.

The Municipality focused on a priority that was and still is a national policy and a wellbeing / wellness threat. The municipality benefited from several donors support, including collaboration between Buddhist and Christian communities, while the local health centre played a major role in the response. An active member of the municipality’s effort, is a lady who was infected with HIV when her daughter was 13 yrs old and now a son of that daughter is 13 years old [see grandson in picture below]. The grandson is an active member of community mobilization and a role model for young people nationally. Over time the incidence of HIV was significantly reduced and especially stigma related to this disease “What worked for us is the mobile education programme.” was the chairman’s assertion. 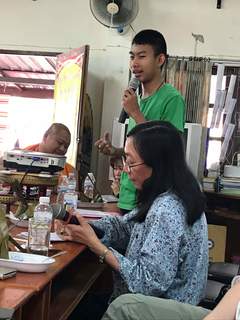 As the many candles began to be lit, the village became a model village with respect to addressing a serious problem as HIV. There were many visitors from all over the country and we were invited to several occasion to share our experience. This experience was overwhelming for us and led to another problem. We neglected ourselves.

More candles began to be lit with a team of 5-7 persons within the municipality who took the initiative to address self-neglect, including: 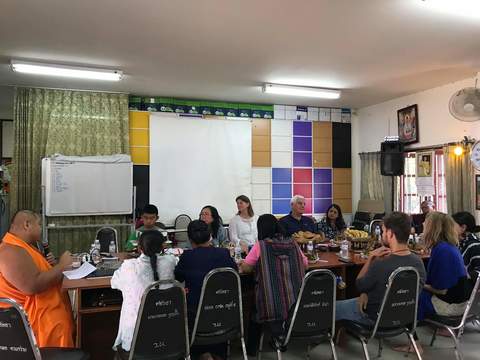 Now I understand! We do not have many examples of effective urban local responses to health. Thank you Autry.

Thanks Autry for your detailed and clear response! Lucky to learn through you.

Great question! Local Response is stimulated from  'collective need' to act....the root could be from an individual. The municipality effort was in response to a national effort ...the municipality however owned the problems and became responsible to take localized action. Further, the municipality persisted, they adapted their response in the face of adversity. They quickly recognized that they were overwhelmed with effort to share their learning but experienced self-neglect, Having realized this, they adapted their local response....this means that in some way they were very conscious of moment by moment progress towards their dream.

In our local response when we act SMART we can measure where and how we are progressing towards our dream and we can adapt accordingly.

Dear Autry, thanks for the blog. How do you think Twangtan response was different from other HIV initiatives around the world?