Our dream career can impact society

Guyana celebrates its 52nd Independence celebrations. Youth week engagement included schools who celebrated in several different ways. Bernice Edwards a teacher of grade 8 students in response to students interest in future careers and the fact that from Grade 9 class they begin to stream into career choices wanted to engage students in an interactive way so that conversation on career choice is stimulating to them.

I was invited to explore how can that conversation with the students be done in a SALTy way. We agreed to a two-part engagement conversation: [1] Invite professional career personnel to share with the children why they chose their respective career and what it meant for them; [2] Have students in groups share their individual career and describe how their collective careers would impact society? Prior to the conversation, students were encouraged to research on their career choice. 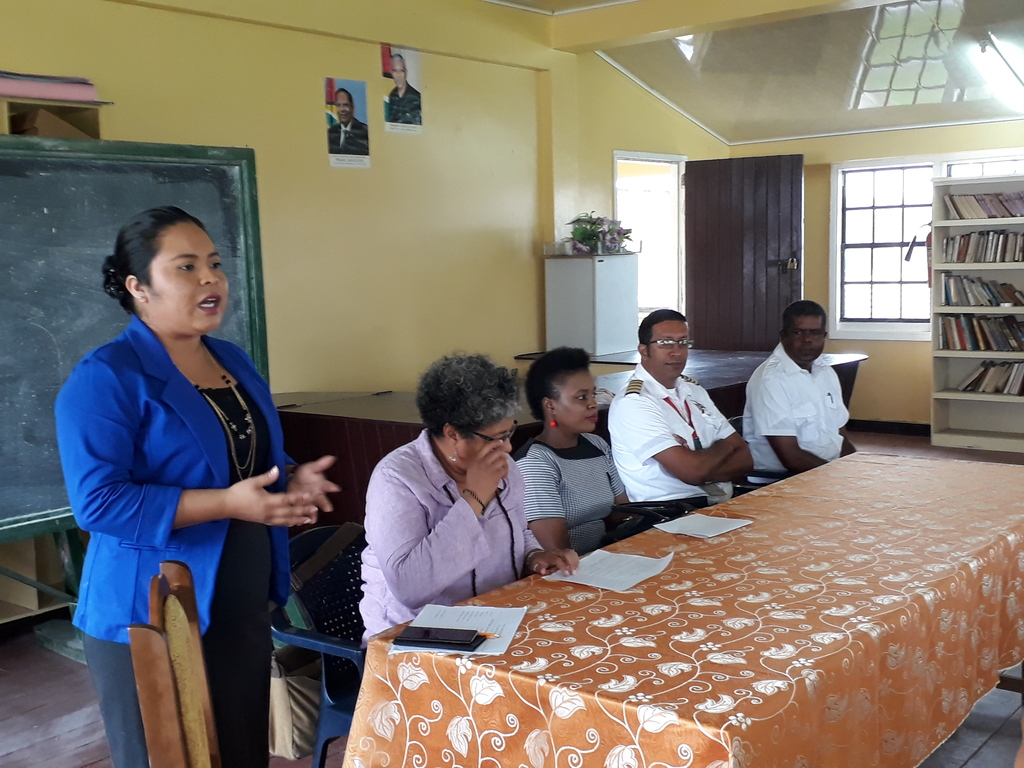 The personnel who were invited mentioned the following:

The pilot and maintenance technician were both happy to being doing this because they are former students of the Cummingslodge Secondary School. Neighboring the community of Cummingslodge is an airport and as children they were fascinated with what takes place there and the in-out of planes from there.  Their first employment opportunity was there and that led to their career dream being achieved.

The teacher emphasised, that like many of the students here, she wanted to be ‘like her teacher’, was her initial motivation. While she started as a teacher, she ventured into other job opportunities but all along teaching was on her mind and decided to pursue that by entering the teachers training college.

“My first choice was to be a doctor. I realized that to be a doctor, I would had to talk to people and that was something that I did not ‘fancy’. I chose to become an engineer. Over the years I realized that even though that was my choice I did several other things that even while being an engineer. I learned about business and administration, learn how to engage people and now I am even a commissioner with the Women and Gender Equality Commission. So, in spite of your career choice, you have to be open minded to other things that life may ‘throw at you’.” Renata Chuck A SAng

In small groups, students with support of one of the personnel, had a conversation on how will society benefit from their collective career choices. The students were invited to write and / or draw the impact on society. One group presented a before and after situation. Before: poor condition of infrastructure, poor health of members of community, uneducated people but that with their collective dream careers, the same community will be more attractive with better roads, houses, members will be more healthy and people will be more educated. 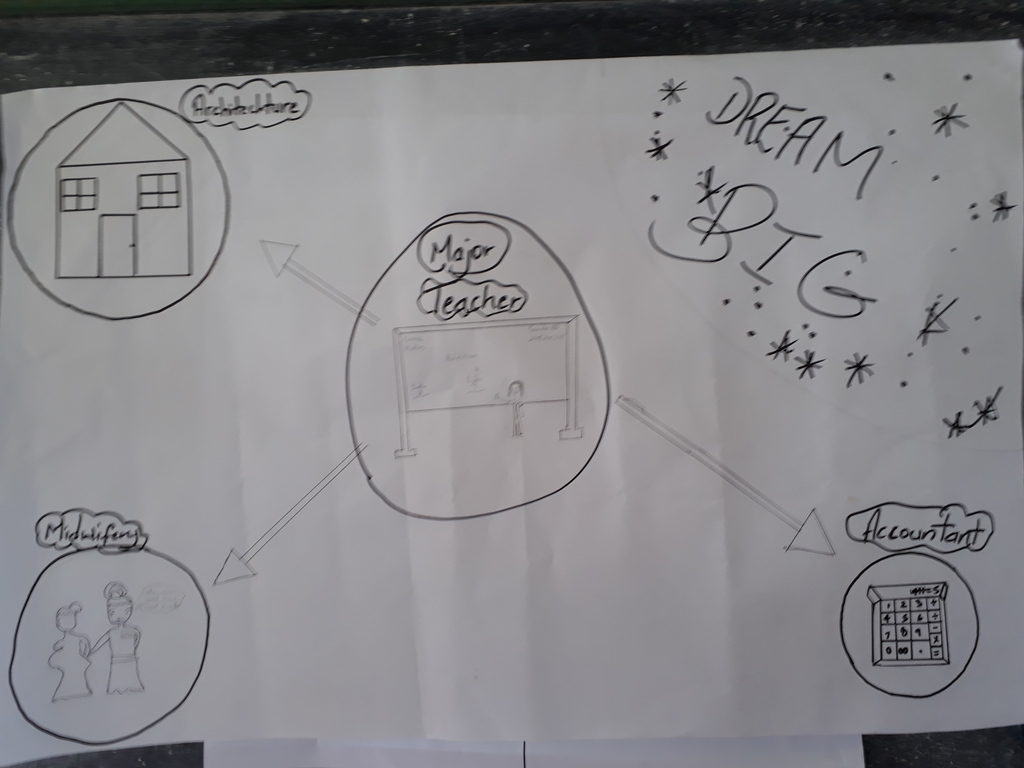 While the students were having their conversation in groups, there was some noise at the door of the library and on inquiry teacher Bernice learned that students from other classes were curious of what was happening and wanted to be a part of the engagement. 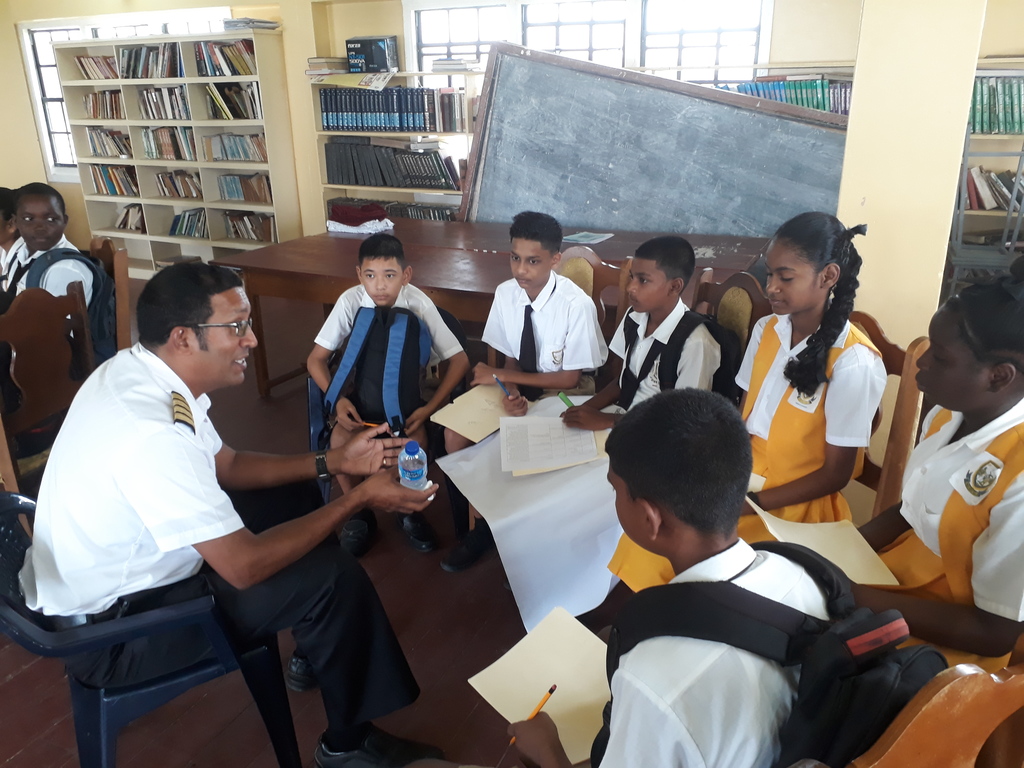 The pilot engaging very positively the students in his group

“This was a truly rewarding experience! I thought of doing this with you so that you have a better sense of careers as you go to your next class, Grade 9, where you begin to choose what you will want to be in the future. We have achieved that from this engagement. I also wanted you to experience what a productive workshop is like. We have achieved that too. It can have lots of learning. We had presenters and we had interactive session that were rewarding.” Teacher Bernice

The head teacher, was interested on how can the whole school be engaged in such an activity that could stimulate students about career interest. 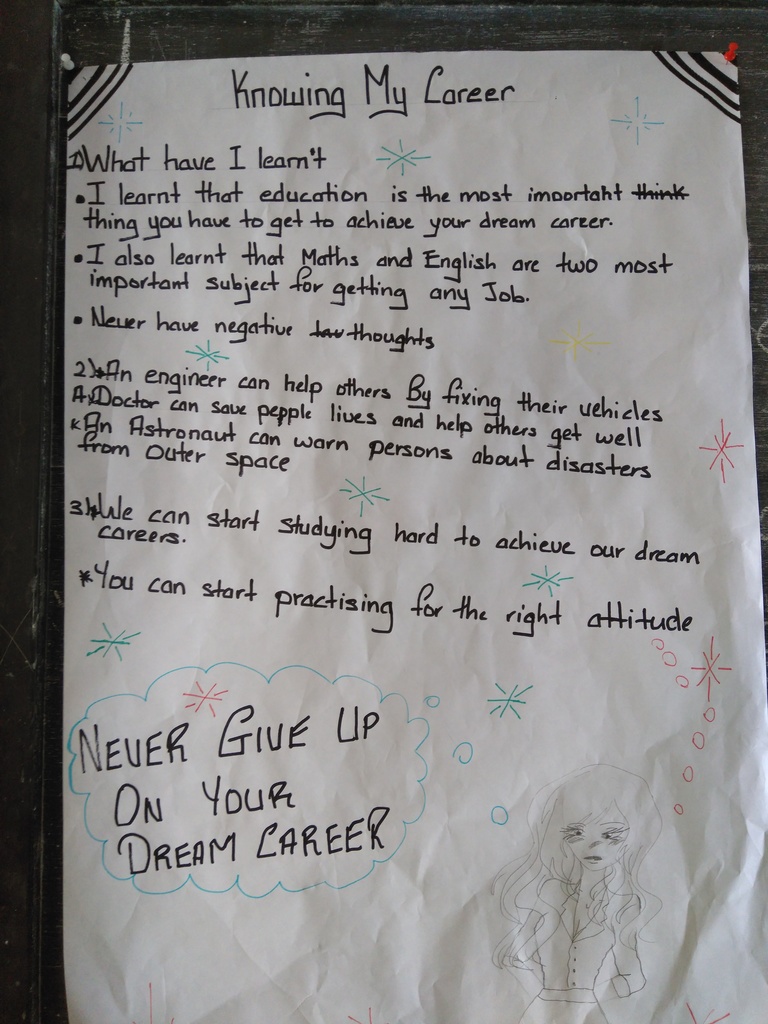 now in pursuit of their career dream