Posting below on behalf of Ian Campbell and his facilitation team members in Odessa - Ukraine. After a SALT visit, the team followed up on an invitation to bring a visit at the house of the people they met. They left enriched. Enjoy the reading!

During the SALT visit to the refugee group, Mohammed from Guinea said ‘I am a man-I can succeed and I will.’ Bernard from Senegal said ‘God gives us hope-as well it depends on what we do for ourselves-we have to work together.’ Asmet from Afghanistan said ‘You have come today and we have talked and we have learned and shared. Surely people living with HIV can do the same as we have done today?’ 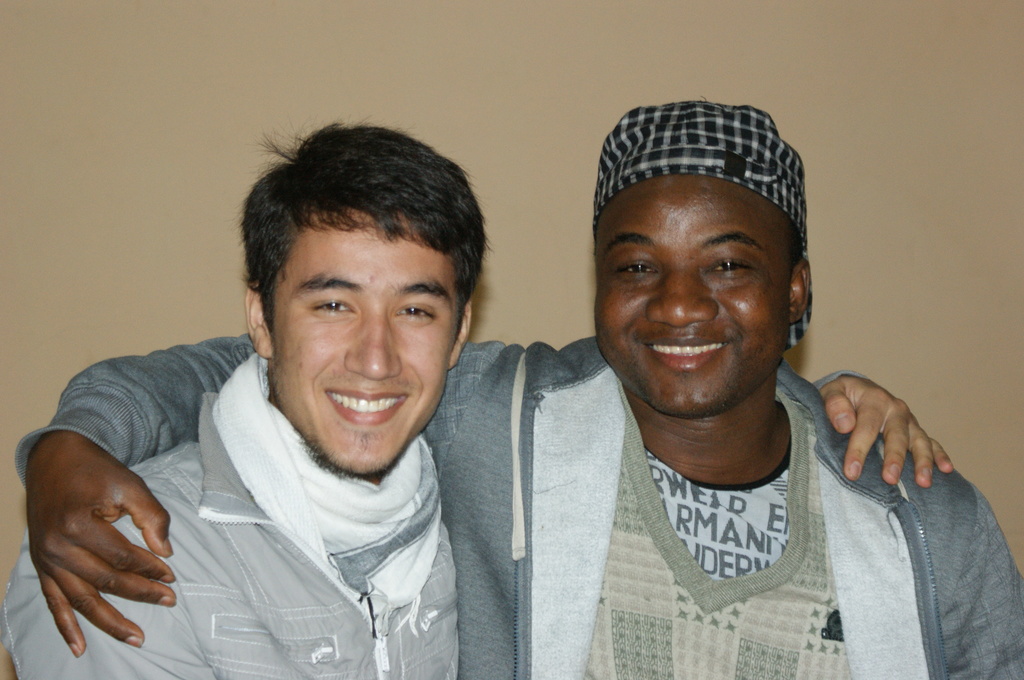 ‘We are brothers-come visit us at home?’

On the second day the invitation to visit the home was followed up – arrangements were made by phone in the morning, and despite the work commitments of most of the refugee group to work for the whole day in the market some distance away, we were assured that we should come by 4.00pm.

So we adjusted – a team of 5 people found the apartment block, called on the intercom, and were told that ‘We do not speak Russian.’ It was a voice of a person we had not met the previous day, so we realized that the person had no knowledge of us –and probably felt we were officials of some kind. However a tall African man who said he was from Guinea let us in and said he lived in the very house –we were welcome.

We entered the house on the ninth floor –and found several people in a crowded kitchen, at least one person asleep in a bedroom, and no space to sit. They brought chairs and stools and we sat in the corridor of the two bedroom apartment, ready for a conversation. We learned a lot about life and study and work and refugee issues –there is deeply seated pain about separation from family and no sense of knowing the future.

The doorbell rang –our friends from the previous day were returning –in came Mohammed (Guinea), Yassini (Guinea), Bernard (Senegal), and Dukuray (a champion boxer from Guinea). There was true joy-a sense of reunion-they were surprised we had actually come, yet they were full of warmth and hospitality.

We resumed our conversation of the previous day, asking how the day at the market had been. We learned that there are 10 people living in the apartment and a further person-a young woman –had arrived that very day. We met her –she was seated on the floor in a bedroom. She had no papers-a call had been received the morning from the airport and Yassini was asked to take her home because she had nowhere to go. She was from Guinea.

We asked about hope –and they all said they felt ‘down’ at times, sad at separation from family, with no sense of clear future-yet they have hope. It is not extinguished. It is based in faith in God, reliance on each other, and never giving up.

We came with nothing except a desire to learn, and some cake, as a symbol of home and appreciation of hospitality. It was warmly received. We all left with enriched personal capacity for compassion, connection, and appreciation of community capacity for embedding a movement , with resilience, and hope, that can as well apply to HIV affected families and communities.