Angel of Earth, I meet! (Here for Nepal)

Just the day after, the first hit by 7.8 RS Earthquake on 25th April 2015, many casualties from epicenter lying areas of Nepal esp. from Gorkha were admitted to Gandaki Hospital, Pokhara.

While assessing the scene to the green zone area, my attention went to a girl there at the corner of Green zone area, named Babita Sunar. She was alone and no guardian to take care of her. She is only 10 years old. Slowly, I came to know her background details. She was an orphan living in support by her grandparents and aunties (Now in Gorkha, Gyachok). The environment here in city areas esp. huge hospital and crowd was totally new to her. I felt she felt awkward somehow. I asked, "what is there in the bag?" She spoke nothing. One man next to me tells "She is collecting the donated biscuits and noodles for her sister back in Gorkha". I was startled to see how big and wise girl she was!  Instead of worrying about her wounds, she still worries for her sister back in Gorkha....I was totally motivated and inspired to work more even.

When I fed her with my own hands which she enjoyed I came to remember my Nephew who likes to eat with my hands. I told my own story with my nephew to her and there she laughs. After cleaning, she was carried to physiotherapy to put plaster in her right injured leg. After plastering, she still continues to collect things in her bag and put it safely everytime people give things to her....

Meanwhile, concerned people of Institutional care facility of Pokhara arrived who was the person I took permission to conduct my thesis survey few months ago. He was the Director/Father of SOS chidren village. Soon, she will be transfered to Child care home. I told her that the friends you never met before knows me very well. The environment and food over there is very good and little white dog is waiting for you. She smiled but afraid within somewhere... I counseled her as much as I could. I promised to meet her again after placement is done. There she plays with my aviator and mobile phone... she wants to click a photo of me..haha..took selfies. She studies in Class 4 but also know words like DELETE and GIRLFRIEND..haha. I laughed!

Promising myself and to her to have encounter one day very soon, I left the place and wrote my name (which she asked) in her bandage.

The bottom line is that I have been able to incorporate CLC and its working method in daily activities. Motivating people and bringing smile has been goal of my life. The power of connection, interconnectedness is what you should have to deal with people. Its a wonderful tool as well as jewel to carry. Feel the change yourself...as I have experienced many times in people faces during my relief activities. 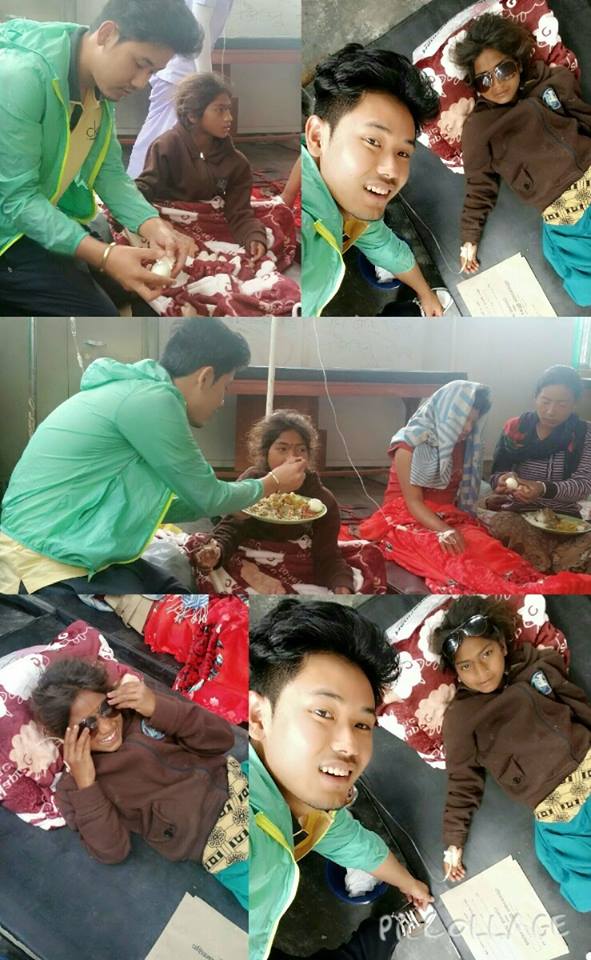 Dear Dipendra, this I like "..SALT has become the habit.." would love for you to share more of your inspiring habitual experiences. Am sure others will be inspired as well (^_^)

@Hutchison florence yes .... until now all are ok..their health has improved very much..they are able to return to their homes...but still earthquake is present in their homes ....so they are staying in temporary settlements...

Congrats!  while i was a nurse  years ago... i can understand what you feel helping people  to recover safe health.. You are a great young man!  thanks for your storry!  Florence

You welcome Marie... SALT has become the habit... It is not new anymore... but it definitely enhance our work...really!