I publish this post on behalf of Judith Bagachwa.

HelpAge International Tanzania, is implementing a health project in Kibaha region (Afya Kibaha 2025). In this project, about ten communities have been trained on the importance of health issues in communities and how best they can improve on their living lifestyles and also come up with innovative ideas on how they can use their available resources and become independent.

In 2016, ten communities from Kibaha were trained and introduced to the new concept of Community Life Competence. The CLCP concept was new to so many people and, in the beginning, participants thought it was not going to work. Local people from 10 communities thought they were going to be supported financially so as to implement on the project. Instead participants were asked to sit down and come up with strategies on how each community is going to develop a community health project and have it implemented.

In January 2017, some communities had their projects and strategies written down, but were so slow in taking actions. CLCP trained members were too reluctant in taking steps towards achieving their goals as they had agreed during the training.

In some areas community members refused to participate in the project simply because it looked impossible. It sounded like something unreal to them. This negative reaction lowered down the efforts of the CLCP people. For instance, in one particular community, members agreed not to have a community project, but instead each household should do a project of their own.

My team visited the ten communities in February. We wanted to learn from them how they were proceeding and also see what kind of help could be provided. Community members were guided and stimulated towards taking a lead through their own initiatives. The SALT visit acted as a wake up call to community members because people came to realize that a lot of time had been wasted and nothing had been done.

Having received visits and encouraged to change their ways, some communities decided to take immediate actions. Towards the end of  April 2017, I decided to visit some of the villages and noticed a positive change in some communities. Today, as we speak, communities have adopted the CLCP concept and have brought a positive impact in their own areas.

In this village, members had agreed to start a vegetable garden to help community members eat healthy foods. The CLCP team worked together and walked door to door educating people on the importance of health and also about the community project. The team, through the help of local leaders, managed to secure a 2 acre piece of land which was given to them by one of their community members.  Because of this, people became inspired and others joined the group. The team has agreed to contribute a certain amount of money to promote the development of the farm. The community is now happy to see that everything was done by them through their own initiative and their resources. Community members in Bamba village working in their vegetable garden

In this village, they agreed to do house to house awareness campaign on NCD (Non communicable diseases) and establish anti alcohol and drug abuse campaign. CLCP members are conducting the activity and are encouraging people to visit health clinics and everyone is involved. In addition, the team has also secured a piece of land and they are growing vegetables.

It took a while for team members to take actions and start a vegetable garden. This is because there was no piece of land available for planting and cultivating vegetables. The team worked so hard in making sure that an area was secured for planting! During the search of land the team leaders discovered other areas that were outside their village and could be used by individuals to do farming activities.

The team leader decided to draft a letter and had it presented to the local government officials informing authorities that it is possible for people not to die because of hunger. He expressed how CLCP approach had enlightened him and how he was now able to see the importance of individuals using their own available resources in communities and become independent.

The team leader further encouraged CLCP people to take individual actions and start looking for areas were they could do farming activities and support their families. This kind of information was taken seriously by CLCP members and, immediately after they had secured a community garden, they started searching for their own area where they could do farming activities. Today, CLCP members in Kongowe have established themselves and are doing individual farming from which they are able to provide food for their families and also sell farming products to earn a living. CLCP trained people are also participating in the community project. 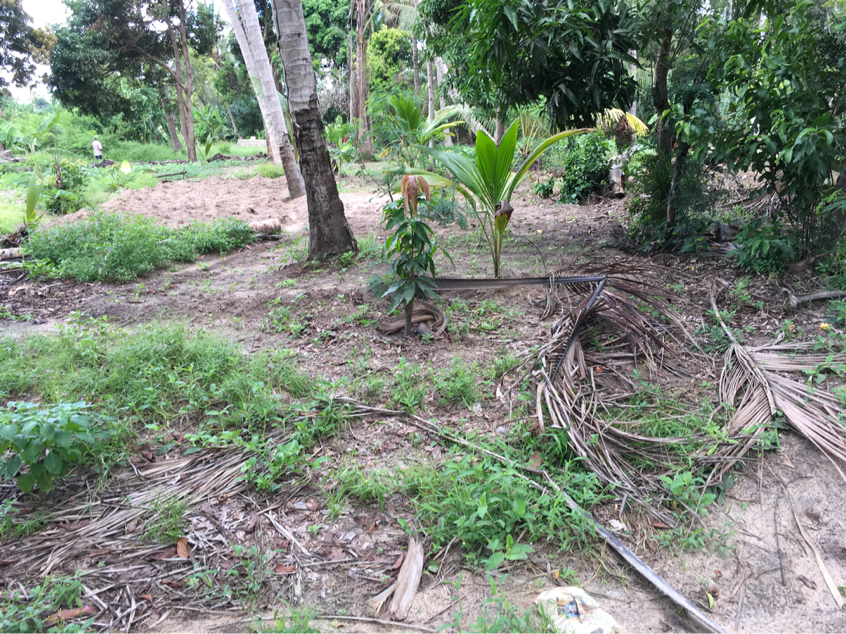