Woman who was once Rescued from Domestic Work_SALT

A Living Story of a Woman who was once Rescued from Domestic work. 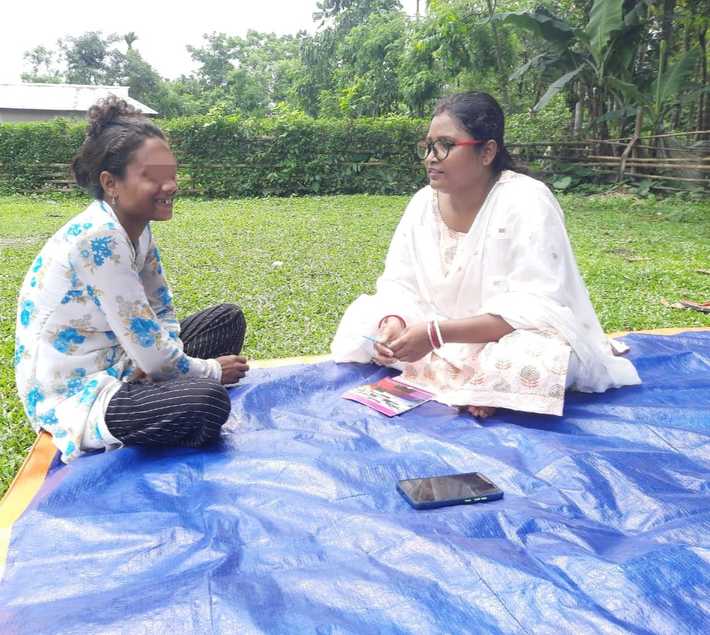 Here is the SALT story of a Living testimony story of a woman who was once rescued from domestic work during her childhood.

On 14.04.2022, the community meeting was organised at Dima Teagarden. During the beginning of the meeting, a woman who was rescued from domestic work had a conversation and conducted the SALT with her. Through SALT, she shared one of the struggle periods of the story in which without the support of her parents she stood firm in those struggles.

In the year 2009, she was taken to Bangalore through the hand of an agent at the age of 14 years old. At that time she had to face a very hard situation, though it was the age of a child to learn, study and play, she was trafficked in the hand of an agent and sent to Bangalore as domestic work.  In Bangalore, she has to wake up early in the morning for work till midnight at 2 am unlike other children who used to eat- plays and studies and get the love and care from family but her age was different from other children. She used to be wiped and tired every night, no one used to come and ask or concern her to take rest and sleep. For 1 year she has worked as a domestic maid and been apart from her family.  Then from the one of Non- Government Organisation (NGO), she was rescued from the domestic work and placed at Bangalore Home, and again she was transferred to Kolkata Home and in the year 2012, she was transferred to Jalpaiguri Home and from there she came back to her home.

Presently she got married and has one kid with her. She is also one of the members of SHG and wants to stand as independent in her life. She also wants that like her no other children in her village has been caught in the hand of trafficker and even aware the parents not send their children to any others hands because she has faced the situation in her childhood ages. For this reason, she always used to share her story of struggles in the community meeting to all the parents who were present so that the parents could understand and prevent their children from sending any other hands from her village.

Through SALT, She was motivated and wanted to make her community from her incident story which she was faced in her childhood.