We knew we had problems but not the extent

(On 4th Dec 2019, Dr Michael Steffens visited Village Hiragata, Kamrup Rural, Assam, India for evaluation of CLCP and SALT approach in building community ownership on child health. Anganwadi worker* named Surya Hamida  presented two self-assessments for year 2017 and 2018 done by the community on child health and shared the importance of Self assessment. Project being implemented by Voluntary Health Association of Assam and Constellation with voluntary Health Association of India. Thanks to Ruchira Neog and Raju Roy for translation and facilitation.) 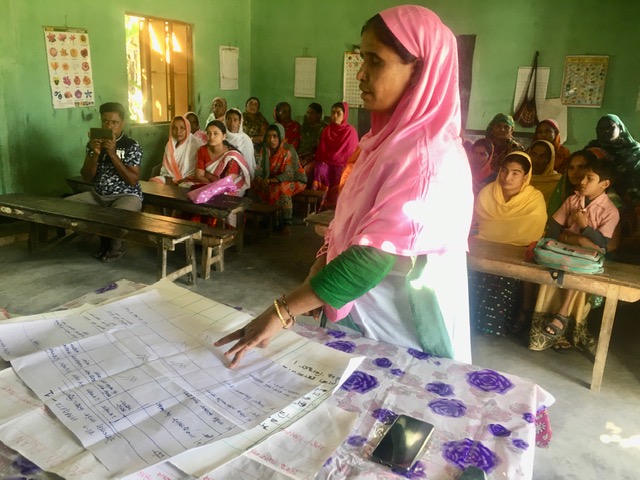 Says the Aanganwadi worker-we knew we had problems in our village but we did not know what was the position or what to do about them. We were aware about the problems but not the extent of the problem. For example, we as a community through collective self assessment, got a clear picture of our village status in immunization. This reflection motivated us to take action. 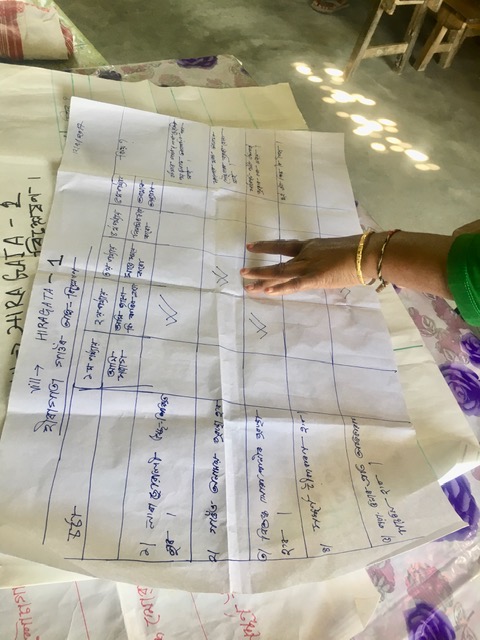 We realized that as a community people occasionally did immunization and rated ourselves at immunization level 3 out of 5 (level 5 being the highest level). Not everyone was coming for immunization and we were also not taking extra effort. This was in the year 2017. According to official data the coverage was poor in our village. According to our records it was 60-70%  not so bad I would say. Now in 2019 as per records immunization is 100% and timely and there are no drop outs .

Why did the numbers go up? Though people were slightly aware of immunization, there were misconceptions.Earlier in 2017 we had to give reminders to mothers on immunization, remind mothers or pregnant women about the next date of immunization. We had been telling people what to do for years but not much had changed.

ASHA, AWW  and ANM realized through CLCP that community conversations are important.  After SALT, we changed our strategy. we started meeting families and women. Misconceptions have cleared. Few changes which have happened.

1. Soon mothers began to ask when is the next immunization camp. Women are now well aware that  every first Wednesday of the month is for immunization. Now we don’t have to keep pushing them.

2. Apart from mothers, even fathers, grandmothers bring children for immunizaion. Men bring the children if for some reason mother is not able to come or sub centre (where immunization is done) is far from the home.

3. MCP card has details and record related to immunization. Earlier these cards used to be with ASHAS as we feared that mothers would lose them. Situation has changed. Pregnant women or mothers whose children need immunization keep the cards with them as they feel that it is their card and they have to keep track of the immunization.

4. For us as health workers work is less, follow up is less.  We can concentrate on other work. SALT has been good for everyone. 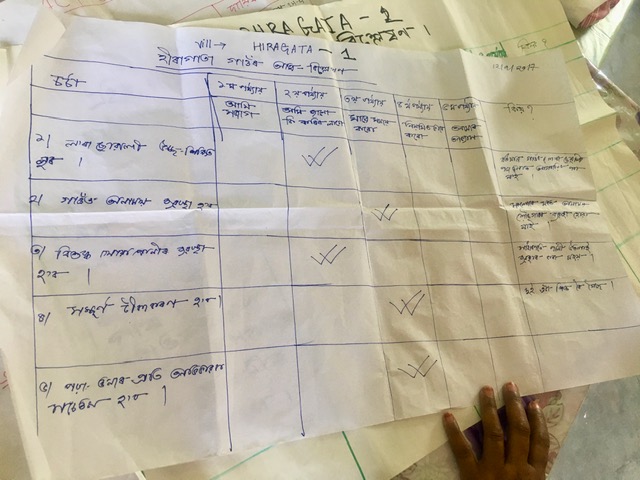 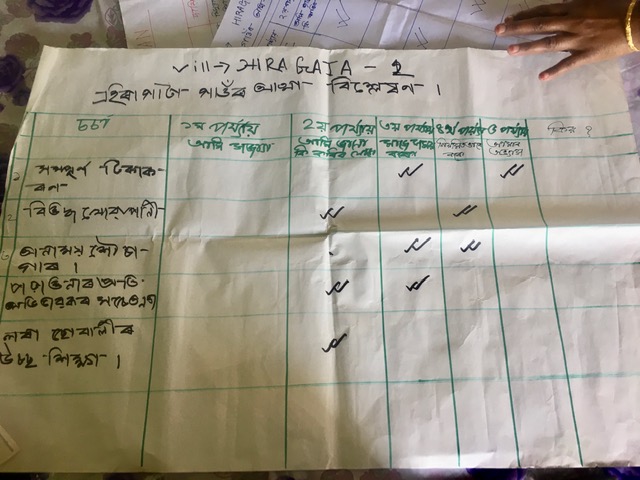 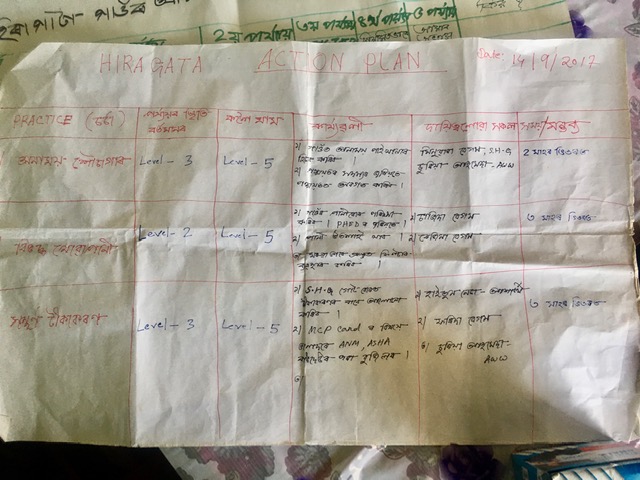 *The anganwadi worker is a community based front line worker of the ICDS programme.The Integrated Child Development Service Scheme (ICDS) is one of the initiatives taken up by the Government of India, which provides a package of six services viz., supplementary nutrition, immunization, health checkups, referral services, nutrition and health education for mothers/pregnant women, nursing mothers and to adolescent girls through anganwadi workers.

Thanks for sharing the story Rituu. I found that SALT conversation bridging the father's involvement. In sub-urban Indonesian setting, their "buy-in" to the program will make significant impact. At your setting, where and how midwives's roles? and is the reflective learning session, take place independently and we are invited? or is on the way around?