Time to listen? Time to address our personal barriers 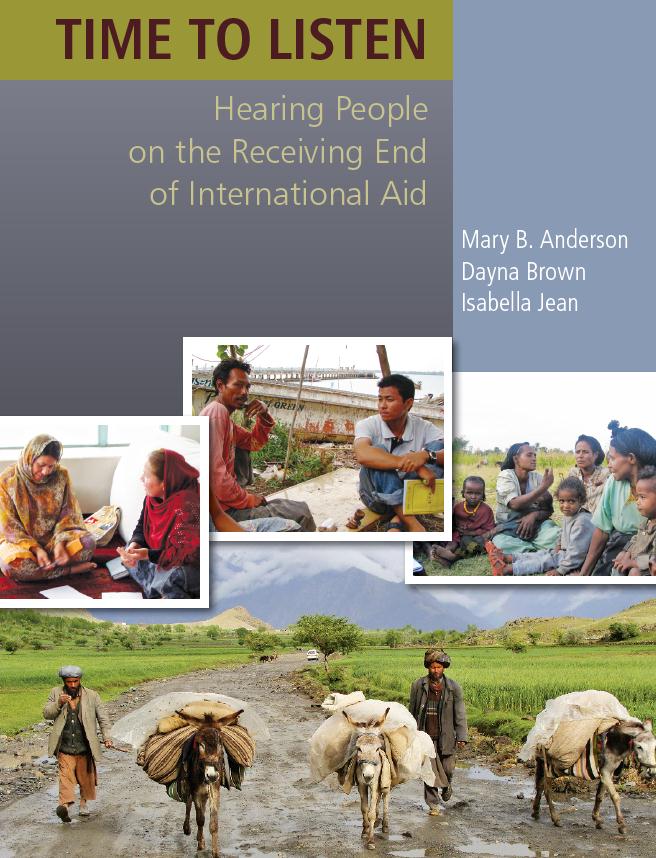 When Time to Listen: Hearing people on the receiving end of internationa... came out earlier this year, I was excited to see how many organizations, including my own, were interacting with the multi-year study and its authors. (See previous how-matters.org posts here and here.)

In a nutshell, those on the “receiving end” are not getting what they could use from us to transform their communities. And isn’t that ultimately the most important result to be had?

Results were presented. Recommendations were considered. I wonder these days…how have aid organizations and donors been responding? Or have they at all? (Let’s hear from you in the comments if you have.)

The study highlights some fundamental barriers to listening and responsiveness that will admittedly take a long time to address. These are both institutional and personal, and it’s our job as people working in development to keep these important conversations going.

"Everything has been thought of before, but the difficulty is to think of it again." ~Johann Wolfgang von Goethe

The institutional barriers to country ownership, of which listening is a fundamental element of success, I’m writing about over on Politics of Poverty. Here I’ll discuss five of the personal barriers to listening (including my own) that inhibit our ability to hearing others when they are providing information and needed feedback about what they need from us.

Brace yourself. I’m going to be a little hard on us. Though if you're paying attention, you've hopefully learned by now that every criticism of others is usually due to one’s own sense of inadequacy.

1) Despite globalization, all over the planet, there remains fundamentally different worldviews about what is most valuable to “progress,” the definition of which is itself widely debated. Regardless, listening is rarely seen as vital to the process. Having grown up in the fast-moving “Western” world or “The North” (pick your favorite directional identity), I’ve had to unlearn my attachment to “getting things done” (still working on that one!) to fully embrace my small town roots where preserving respect and relationships is recognized as vital. In resource-poor environments, vulnerability may require even more attention to these relationships, which can mean all the difference to well-being. Westerners/Northerners may see this as a proclivity for “dependence.” We’re finally learning however that independence is not all it’s cracked up to be.

2) When we frame ourselves as the protagonists, listening is really, really hard. The Kony video is a perfect example. Enough said.

3) It’s easier to rely on procedures rather than your own discernment. I’m the first to talk about the lack of room for taking risks in development, especially within bureaucracies. Isn’t it easier to blame the established procedures and modes of aid work, rather than take responsibility for the problems created by them? And that’s how bureaucratic inertia continues…

Otherwise known in my head as “organizational ridiculousness,” we have to understand and guard how this affects us, in terms of motivation, creativity, morality and our own human potential because ultimately that’s what development is all about. We don’t need every person to be a visionary leader. Thinking in possibilities is not for everyone. But we do need every person staying awake and asking questions.

“Cynicism is a form of resistance, a walling off of the possibilities for transformation, a response to learned helplessness, a defense strategy…Scratch the surface of a cynic and you will find a wounded idealist.” ~Mary Pipher 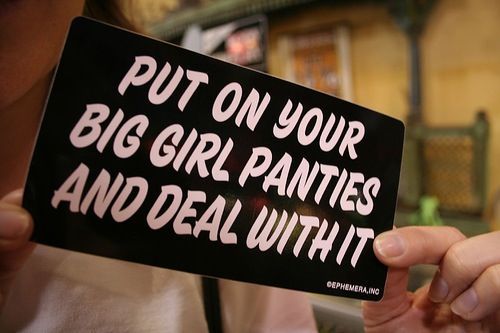 4) There’s healthy cynicism and then there’s cynicism that results in perceived powerlessness. Do you know what will happen if you push back, or are you living in fear? Is “the system is too big for little ol’ me to change anything” on a loop in your head? For fear of sounding too much like the “Lean In” crowd, that’s BS. Organizations and systems are made up of people. You’re one of them.

5) When something goes wrong in aid work, it is often attributed to the “other” first (and sometimes only), without examining ourselves and how our own behaviors contribute to it. Corruption is the first example that comes to mind. Biases and prejudices of all kinds remain in aid. We need humility and honesty to overcome them.

What else do we need to overcome our personal barriers to listening?

The best do-gooder advice I ever received

How to make people glad that you are there: Some motherly advice

Thanks Jennifer for the post. I always enjoy reading your stimulating articles. What helps me to listen better is when I have the attitude to learn from the community or any other person I interact with. In the Community life competence, our way of working is SALT an acronym where L is for listen, learn and link.

Here is a blog on learning in this platform http://aidscompetence.ning.com/profiles/blogs/learning-to-listen-mo...