What does it feel like to be a citizen on the receiving end of international aid? Here’s an analogy to try to help do-gooders understand:

Let’s say you’re moving across town. You have to be out of your old apartment by 5pm that day. You’ve got the boxes already packed and the moving van rented. All you need is some muscle to help you move the heavy stuff. You ask your friend to come over early. The plan is to load your bed and couch and dining room table first into the truck, followed by the small stuff. You ask them to come at 9am. 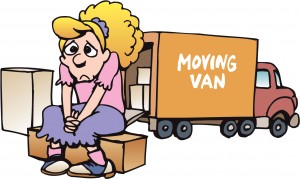 You rise. The day begins, and you busy yourself. There are so many details to take care of when moving. Working industriously, you look up at the clock finally at 10am. There’s no sign of your friend.

You communicate because you know that there’s no way you can move that heavy wooden dining room table on your own. At the same time, they are doing you a favor, so you can’t appear too annoyed when…they finally show up at 1pm!

In the meantime, you made due. You spent the time loading up just one side of the truck so that when your friend finally arrived, you could hopefully squeeze in the remaining large items.

“Oh hi,” your friend says, unapologetically, as they arrive at your door. “I’m really sorry, but I can’t stay.”

Before you get a chance to register your dismay at their insensitivity to your situation, they say, “But I brought a hand truck for you to use.”

“Well, at this point, that’s not going to he…” you trail off.

There’s no use for you to go on. Your “friend” has already split down the street.

When was the last time you needed help, but had to work on someone else’s timeline? When despite your own plans and efforts, it had been assumed what you need?

The Carpenters and the Rude Man

Bad guys, good guys, and the people in between

Nice analogy!  Thank you for sharing :-)

One of the challenges in the development sector is when one's NGO has been funded to work with a  community on a particular issue and this issue is not the priority of the community. Have you faced such a challenge and how have you addressed it? Thanks