The magical link between private and public is opening with CATCH

I share this blog on behalf of Onesmus Mutuku.

CATCH is “Communities Acting Together to Control HIV”, a combination-prevention strategy pioneered through a collaborative effort by the National AIDS Coordinating Agency (NACA), the Ministries of Local Government and Health, UNAIDS, and development partners (in particular, FHI 360 and USAID).  The model is envisaged to be a catalyst for the implementation of the National Community Mobilization Strategy, reflecting recognition by the government of Botswana that communities need to drive the response to HIV and AIDS.  South East District has a population of around 85,000 people and the HIV prevalence rate is at 18.5%.

The Constellation is supporting NACA and UNAIDS to develop capacity for facilitation of the CLCP through a pilot-phase of the CATCH programme in South East District, Gaborone.

The PHASE 1 PILOT is being implemented in 1 district, in 2 locations (2 tribes, under different Paramount Chiefs).  The initial CLCP-workshop was conducted in June 2015, and included the Chief and sub-chiefs of the implementing locations, together with a selection of community-facilitators drawn from Taung, Ramotswa, Tlokweng, Otse and Mogobane Communities. 35 facilitators were trained majorly drawn from communities, Chieftainship(Dikgosis), Ministry of Health, Ministry of local Government, HUMANA, NACA and UNAIDS. "...We were walking down the community to visit some families who had invited us, along the way we met some family members whom we had visited before. They were so happy and said to us: "We were very encouraged by the HIV conversation when you visit us. In fact, we have all gone to the clinic and tested to know our HIV status... " Cicilia – HUMANA.

Between 31 August to 4 September 2015, Constellation embarked on a journey of accompaniment to South East District of Botswana where CATCH - a National strategy against Aids is being implemented. Our encounter in the week long visit with both the CFTs and Accompanying organisations was amazing; not only on how the DiKgosis have shown leadership to the process but how the Teams have worked so hard on various fundamentals of CLCP that include - identity and relationship; building local teams; home visits through SALT; and inclusion to demonstrate the power of SALT.

The numbers are amazing and the stories are Rich and going deep as families and neighbourhoods get  stimulated to think of their own Response and the freedom to make healthy choices. Indeed, early signs of change are being evident. 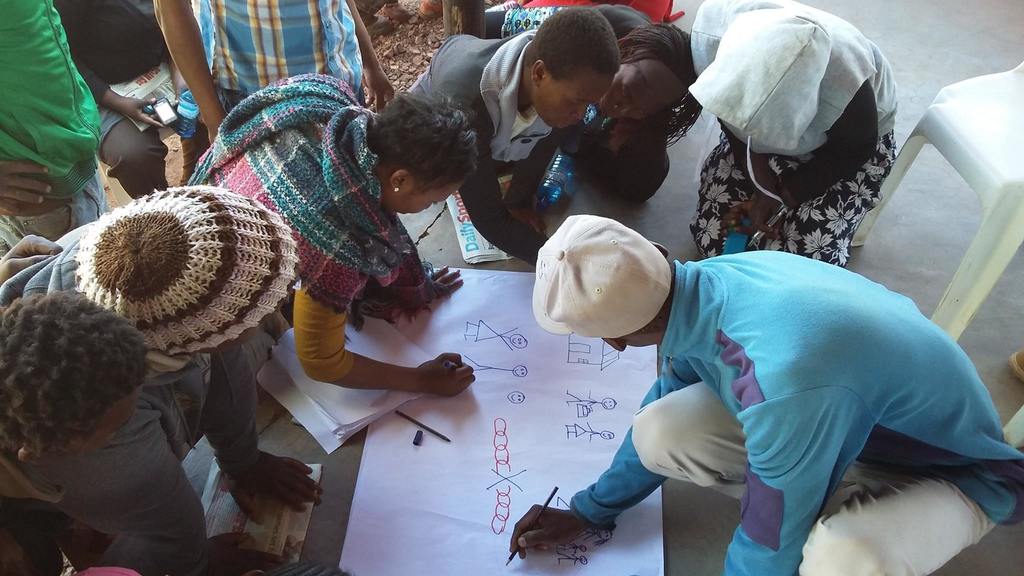 At this stage of the process, multiple families visited are becoming more aware of the need to take collective action with many expressing various concerns/hopes all inter-linked to HIV and life.

The magical link between private and public is opening and communities are beginning to express interest around gathering in the Kgotlas (Traditional designated points in the chiefdoms where community consultation are done) and in readiness to move forward and into the next steps.

Reflections on the some essential elements during Start phase

Why the home visits?

Why work  from strengths? 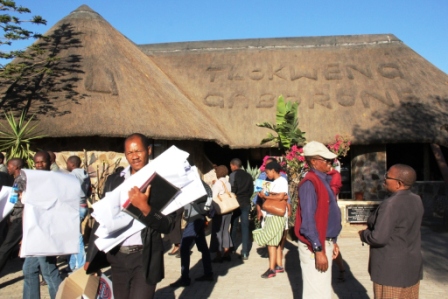 a)      When introducing the Dream in the Kgotla gathering, give space to a few families that have been visited during the SALT visits to share their experience on what the previous SALT visits meant for them - to be visited and have a conversation? Share some key strength, concerns/hopes that came out during their conversations in the homes. This helps to stimulate further interest for more families to be involved;  to update those that have not been visited before; and to work the transition to the next step of the Process – The Dream.

b)      When introducing CLCP in the community, facilitations teams need to do SALT to homes systematically. This helps to build the foundations for trust within communities and in turn opens windows for invitations to new homes and neighbourhoods and as such the conversations on issues get deep. Families realise that this is NOT a health survey talk but rather an engagement that helps us as families to think of our own situation and what strengths we have to respond. In deed also, facilitation skills get better through myriads of reflections and SALT debriefs.

c)       Local community Facilitation Teams level of confidence get better when there are joint planning meetings and Debriefings. When host teams play the lead role during community processes, while the visiting teams/Coaches observe and appreciate and strategically give support. CFTs become more visible and community members begin; to trust them more; to express interest not only on joining the Teams but also interest to extend invitations to their own communities.

d)      In Communities where the Kgosis have taken lead ,participated in SALT visits not only as leaders but also as parents, grand fathers, wives, Husbands - who too have concerns and hopes, then a greater sense of collective action and ownership of the issue is cultivated.

Thanks for sharing this 'inspiring' experience that is 'current'. Communities always have strengths to response locally to common concerns and take action together. This is being demonstrated here....and what inspiring role of the Kgosis, because they were included, so inclusion is important. Trust is there too, which leads to greater interests and more response and widening the local response.....very very interesting. Thanks Marie for sharing Onesmus' experience....are there more inspiring stories from this experience? Onesmus...take us on that journey (^_^)