THE 26TH OUTBREAK OF THE EBOLA VIRUS DISEASE: WHY SO SPECIAL? 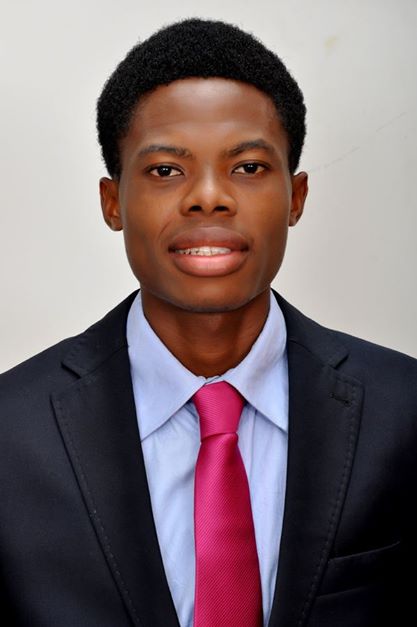 As a young public health enthusiast, my literature review of ebola virus six years ago was interesting as I studied the zoonotic disease with keen curiosity. But the recent outbreak in West Africa brings more realism about how deadly the disease could be. As at the time of my study, there was no recorded case of the disease in Nigeria, not even in West Africa and so, there seemed not be a true experience of how an outbreak could feel. More so, that previous outbreaks happened when I was apparently too inexperienced to comprehend such a public health issue. This twenty-sixth outbreak of ebola began in Guinea in December 2013. It then spread to Liberia, Sierra Leone, Nigeria and Senegal.

The outbreak in West Africa which has been described as the largest in history is the first in Nigeria and the sub-region. Since they say first impression lasts long, this outbreak therefore will leave with us scars that cannot be forgotten in a hurry. The shocking mortality in Liberia, Guinea and Sierra Leone has been connected with gaps reported in the medical care, training of health staff, infection control, contact tracing, epidemiological surveillance, alert and referral systems, community education, and mobilization. The New York Times reports that “W.H.O. leaders have said the outbreak in West Africa could be stopped in six to nine months, but only if a “massive” global response, which is nowhere in sight, is carried out”.

In my reflections, I tried to identify why this outbreak in West Africa is unique.

Firstly, it has been described by the US CDC as the first Ebola epidemic the world has ever known- affecting multiple countries with its unprecedented mortality. One wonders why the international spread did not happen in previous outbreaks when public health strategies were probably not as robust as they are now. It may be as a result of the apparent increase in international travels since the earlier outbreaks especially in the ‘70s and ‘80s. Moreover, the affected countries did not prove to have strong preparedness for the disease; consequently, the impact has been so far devastating. It also seems that border checks were not properly observed by the affected countries. This may not be unconnected with the porous borders of the highly integrated West African countries which has proven to be very beneficial even in spite of this health challenge. This shows that West African countries need to even be more integrated so that they can be more supportive of one another in challenging times like this. Heretofore, nearly 3, 000 deaths have been recorded in West Africa since the outbreak started in December 2013.

Furthermore, misinformation and propagation of mythical information about ebola have resulted in very risky practices among the people of West Africa both the learned and unlearned. Usually, whenever a new disease emerges, correct information may be scanty and there is a high chance of the emergence and wide spread of myths based on cultural or religious beliefs that are capable of arm-twisting the intelligence even of literates who may not be familiar with such health issues. For example, when HIV had yet to be famous and correct information was scarce, there were lots of false stories that caused a surge of stigma. It was so bad that no one would want to exchange handshake with someone living with the virus. It was a similar experience with this ebola outbreak. Shortly after the ebola virus disease spread to Nigeria, information emerged that bathing with salt and water, and drinking same would prevent the disease. This mythical information further spread to other West African countries and unfortunately, some that did it in Nigeria could not live to tell the tale.

Another lesson we should learn is that a disease outbreak could spark a sense of insecurity and eventually lead to violence. This ebola outbreak will be remembered for the violence it caused among the affected population particularly in Guinea that led to the needless death of some gallant aid workers in the country. This stemmed from misinformation that these humanitarians were coming to spread the virus. This caused panic among the people. According to Reuters, “these deaths are believed to be the first resulting from resistance to international efforts to curb the outbreak in the region. Reports say many villagers have accused the health workers of spreading the disease”. Therefore, a smooth collaboration between health and security departments should be strengthened especially in this time of health crisis.

To confirm that Ebola Virus Disease  (EVD) is a threat to peace and security, it resulted in the declaration of curfew in Sierra Leone. Mostly curfew is associated with unrest or conflict situations, as a measure taken to stem down violence. This remarkable outbreak of the Ebola Virus Disease has received such an attention as startlingly, over one million people are under curfew and quarantined in Sierra Leone at this moment. The effect of the necessary curfew on the socio-economic lives of the people is undoubtedly huge.

As the control of the EVD outbreak in West Africa continues, more support is needed from the United Nations, international development partners and epidemiology experts; and all the lessons learnt should be properly kept to inform our decisions should there be any emergence of a similar but unwanted international health challenge in the future.

Reading your blog and lessons learned again as we face the pandemic #COVID19. Thanks Taiwo.