The project with behaviour change approach rooted in community ownership took place in 2 phases between April 2017 and Feb 2020.A story from Village Kanara, Bongaigaon district which was carried out by Centre of North East Studies and Policy Research (C-NES) A short audio-visual on the project made after one year by the implementing organisations https://www.youtube.com/watch?v=KkHEIf9fi-s

Facilitators Baharul, Jahirul, Noor Jamal, Sujit with Monjur had been facilitating SALT approach in the villages in Bongaigaon district on child health from April 2017 onwards. After first self assessment we saw communities responding to immunization and after second self assessment in 2018, communities realised the need to address the issue of contaminated drinking water. Arsenic and fluoride contamination in drinking water is a threat to public health across Assam, affecting over 1.6 million people according to the Ministry of Jal Shakti, which oversees water and sanitation.

In village Kanara beel, families realised that they know how to make  indigenous water filters. We saw families began to make water filters. Those who did not know this skill they learned from other villagers. Noor Jamal, a SALT facilitator, notes that about 50-60% families were making water filters.

In June 2018, a SALT visit with the School Management committee (SMC) of L.P. School a youth Saiful Islam, invited the guardian of the students to the meeting. Discussions were held on safe drinking for students of the school. 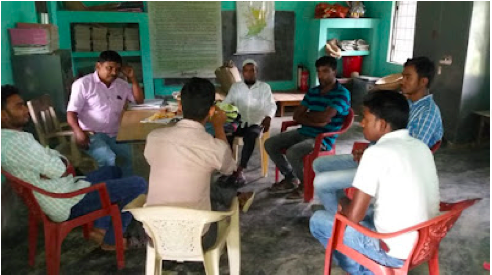 11 youth and SMC members from the village took the responsibility to collect Rs. 10 from each family of the village and install a local filter in the school. 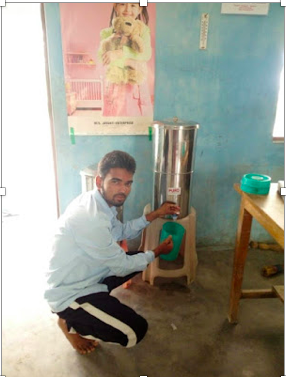 Filter number one In July 2018, the school committee bought a new filter and installed it in the school for the better health care of the children.

Reflections from the SALT facilitators

“  I was  actually trying to listen and learn from community.Noor Jamal
We do not forget to appreciate them for the small steps they are taking of their own. It led to a rise in their confidence level to take more actions on their own." Jahirul

The second self assessment stimulated the community to take action on drinking water, says Baharul

On 15/11/2018 Baharul, SALT facilitator,  visited the Kanara beel where he met SMC president & Head Master of kanara Beel LP school. The president said that they had a bought a second  filter from SMC funds. 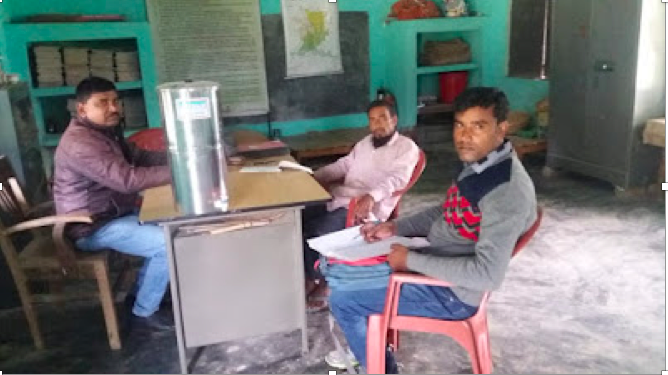 Lesson: Communities have the wisdom, if stimulated, they can respond to many of their issues through local solutions.  Am very grateful to the facilitators of CNES for this excellent facilitation, which resulted in the emergence of young champions in the village. The youth were not parents yet, but as child health became the dream of the village, they took leadership to respond and take action.