My first SALT visit, I was amazed says Alla

UNAIDS and Constellation organised a Knoweldge fair in Odessa in Oct 2011. Alla was one of the participants who went for her first SALT visit. She was very impressed by SALT. She gave a video recording of her experience in Russian which Rituu will upload. I saw the video and did the English translation. I live in Russia and did the English translation for Rituu when she was the facilitator in Kazan. I am very taken in with SALT and from a translator also became a SALT enthusiast.

The woman named Alla says that there were a lot of impressive moments during the SALT visit. One of the persons she was impressed by is an elderly woman who has only one child. That woman spoke after a few multi-kid mothers, she takes rather high position in politics. She takes part in different events, but as she comes to the meetings, she leaves her ked sitting at the chair and makes her work - politics. The woman didn't have time for her own family to gather just three of them in the kitchen and to drink tea quietly. She said as I saw these multi-kid women and heard their stories, I couldn’t get who they are before I heard the stories on these moms, how they bring time together with their children. She knew that she is doing something wrong communicating with her family and after these stories she had some kind of a "cry of heart". The woman said that that day she was going to gather her small family and spend time with them. Alla says she believes her because she spoke so emotionally, it was a discovery for her - that woman was so open –hearted, in spite of her status.
Another woman that Alla liked is a medical worker and multi-ked mother also, she and all of her family are donors. She has a reward for being an active donor, she's been a donor for 20 years. She said that she has a special list of donors. And some other members of the meeting started to ask questions and were willing to know what they need to do to become donors and promised to be ones if they are able to. Alla was so impressed that after such a small meeting new people can be involved into such a good and important thing. Alla thinks this is a great deal when people are ready to help just after hearing the story.

This photo is of the SALT visit participants. Alla is at back on left in grey. 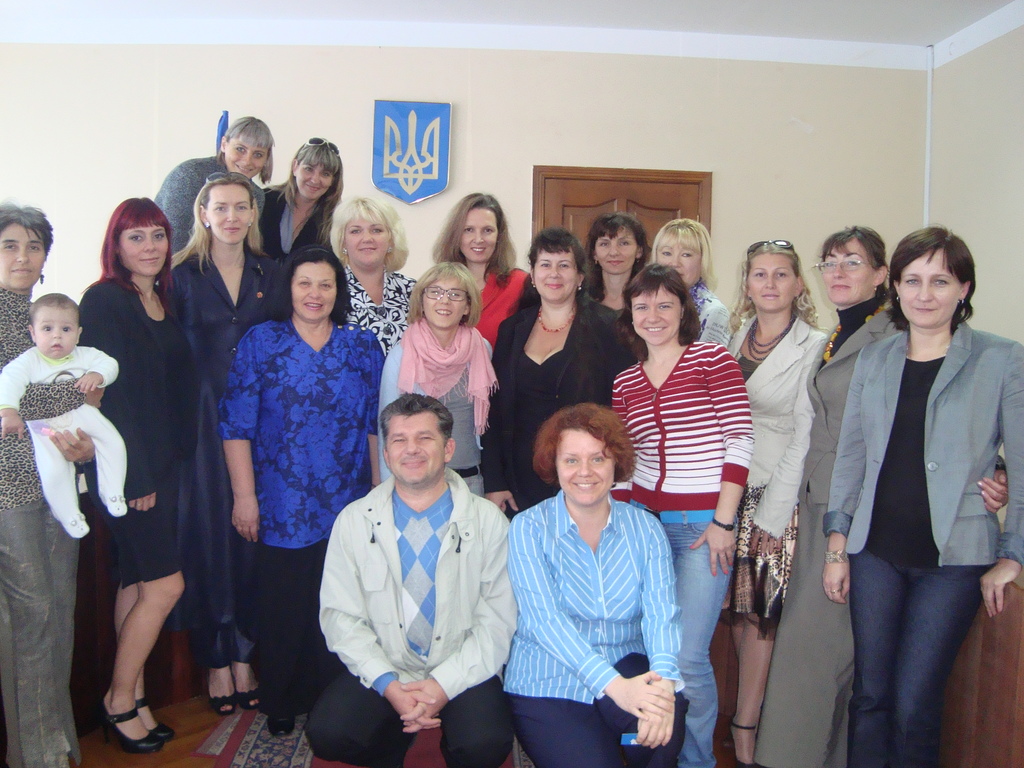