Kids and youth clubs have been very significant in stimulating responses in Kithituni Community Kenya for over ten years.  They began in the early 2000’s in response to the then high concerns for HIV/AIDS, orphans and increased number of Child Headed Households. Kids clubs were a pathway to strengthen the Psycho Social aspects in the community with the child being at the centre and most Kid clubs ( K-clubs) took different forms.  Some were community driven clubs, others through churches, through schools e.t.c The avenues were diverse in order to reach as many children as possible.  One unique and strength of the kids clubs that were implemented in Kenya were keen on the approach used to ensure sustainability.  The SALT/CLCP approach used then is what has enabled this group remain standing strong. Nguuni Kids club a community led initiative in Kasikeu Kenya meets once a week.  The group has over 70 children who come from diverse backgrounds. The kids clubs take different forms with different discussions each week. The most important thing is that 'they meet'.  As part of the kid’s club on Sunday 18 November,  all members went to Landu Primary School to watch a Video called " The Match of our lives”. One of the  series produced by the Constellation for Community Life Competence.  It is set in Mauritius and it’s a story about a shared dream and how a football team of young people worked through their difficulties. The Nguuni kids clubs also have a football team hence the relevance of 'The Match of our Lives" DVD.

Some of the reflections shared by the children after the Match were: - 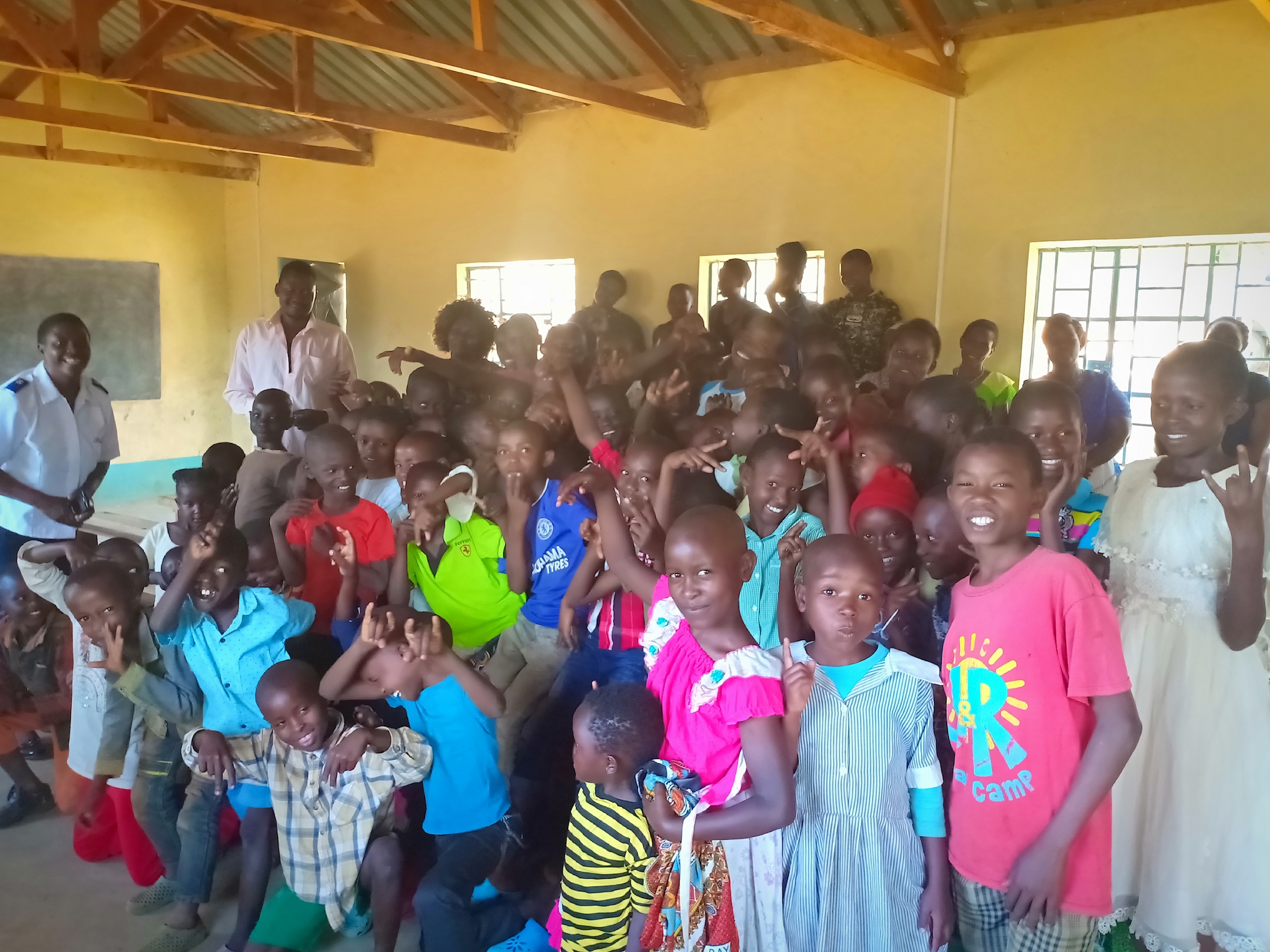 Reflections from a parent:

"Watching this Video together with our children is an evidence of generational transfer of shared energy and passion.  I used to play football when I was young and even begun a group here in Landu later on with women, but we stopped playing because we became busy, but today it feels as if the circle is getting complete through the time spent here with our children watching this video.  The cycle of learning and transfer of shared energy and passion keeps us inspired, we look foward to other videos"

One of the Community member was inspired by the film and suggested a formation of a women football team.  Another member added that:  "these kind of films are important for this generation so that technology and the Internet is used in the most effective way".  Most young people watch videos on You Tube and are on FB but having these kind of focused 'shows', will be another way to mentor them towards what they find useful to watch on-line"

The head teacher and his team from Landu Primary School who hosted the event were enthused by the video and also invited the Local Facilitation team and kids clubs leaders who were present to do a full viewing for the school next year.

It is inspiring to witness what a short video about children in Mauritius can do to inspire growth and vision for change in other parts of the world.

After the reflections everyone enjoyed a packet of fresh milk and biscuits - I never knew that combination worked well, or maybe I was just hungry!! will try it again..

Wow, thanks for this lively sharing. The K Club members picked up the lessons so well, they are so wise! I like that they have a place and moments where they meet: the basis for joint learning, sharing and progressing.