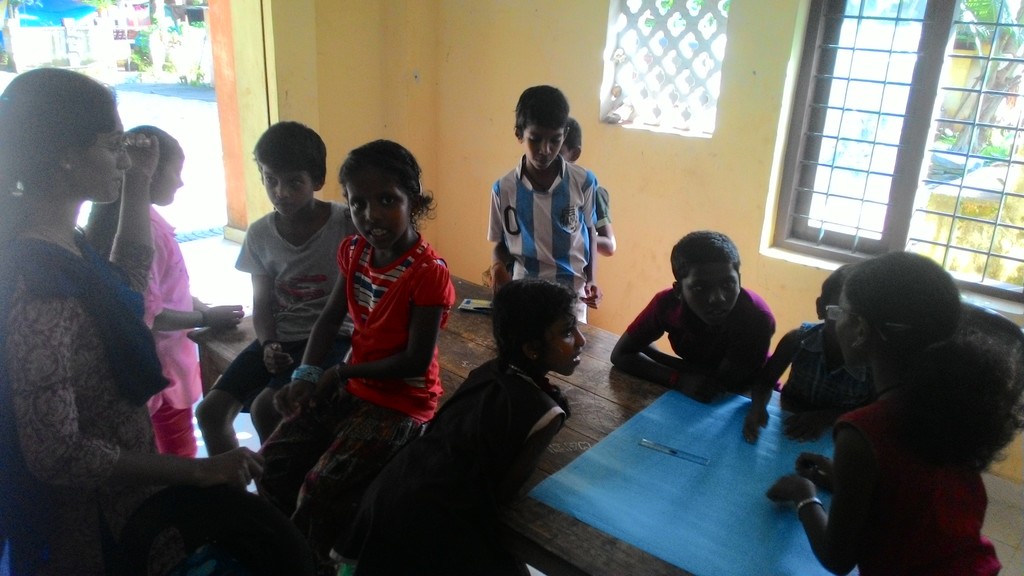 On the sleepy afternoon of 12 August 2017, four ladies and a dozen children of the nondescript New Harijan Colony, in Peroor Village of Ettumanoor, gathered in their spartan Community Hall and drew, wrote, and sang their dreams impossible!

For Chinju, Jismi, and Deepak from Archana Women's Center, egging and encouraging the dreamers to dream the impossible seemed an uphill task! I chip in whenever and wherever I can.

Finally, after a couple of hours, the chart paper given to the various groups are filled with a story, a song, and some sketches. The moving story,  the inspiring sketches, and the enlivening song brings to me the satisfaction that this moment was worth waiting a month for!

The dream of the older boys for their Colony is a sketch of a hundred-storey building housing six and ten bedroom flats with recreation centers having all the aquatic, as well as outdoor, and indoor games; automatic car parking, a railway station, along with natural or afforested areas for forest, streams, hills, and lakes.

The dream of the Ladies group is the one with the story of Ekalavya cutting off his thumb and a song of a squirrel.

In the Mahabharata, Ekalavya is deeply hurt by Drona's rejection when Ekalavya wants to learn archery from Drona. However, Ekalavya didn't give up on his resolute will to master archery. Thus, he stayed hidden in the forest while guru Drona was teaching the Kaurava and Pandava brothers and after they left, Ekalavya collected the mud on which his Guru walked, as a symbolic gesture of wanting to follow his Guru's knowledge and foot steps. Accordingly, he made a statue of Drona under a big old tree. Next, Ekalavya began a disciplined program of self-study over many years. Eventually, Ekalavya became an archer of exceptional prowess, greater than Drona's best pupil, Arjuna.

One day when Drona and his students were crossing the forest, they came upon Ekalavya. Upon seeing Drona, Ekalavya came and bowed to him. Drona asked Ekalavya where he had learned archery. Ekalavya replied "Under you, Guruji", and showed Drona his statue while explaining what he had done. 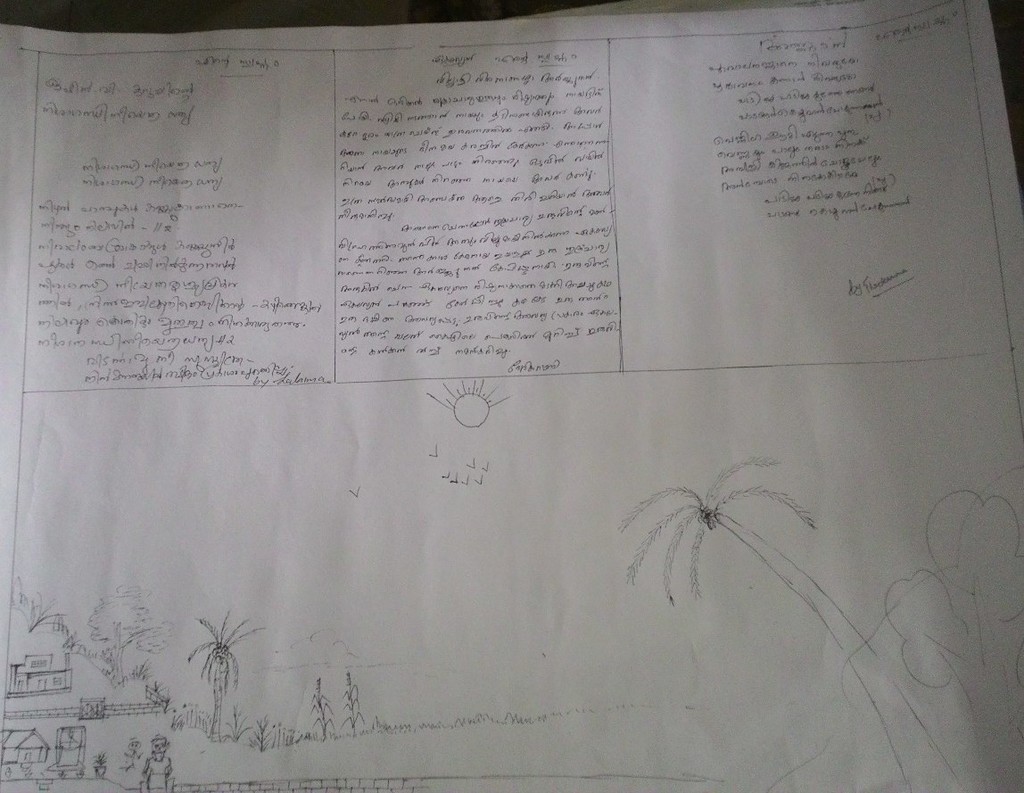 Drona then reminded Ekalavya that to truly be Drona's pupil, Ekalavya would have to pay Guru-Dakshina. Readily, Ekalavya offers to do anything for Drona. Stoically, Drona asks for the thumb from Ekalavya's right hand. Hesitant at first, Eklavya asks for Drona to confirm the command; which Drona harshly does. Smiling, Ekalavya cuts off his right thumb and presents it to Drona!

So, just like Ekalavya, the ladies state their single-minded commitment to their dream, and are resolute to achieve their dream however impossible it may seem. Their tenacious devotion to their dream is just as well reflected in their song of a squirrel being enticed to play with a group of children, signifying that though there could be many distractions, the ladies would tirelessly persist with their dream.

The dreams of the tiny-tots group of children revolved around the themes of school, park forest, model colony and an air-conditioned Anganwadi. 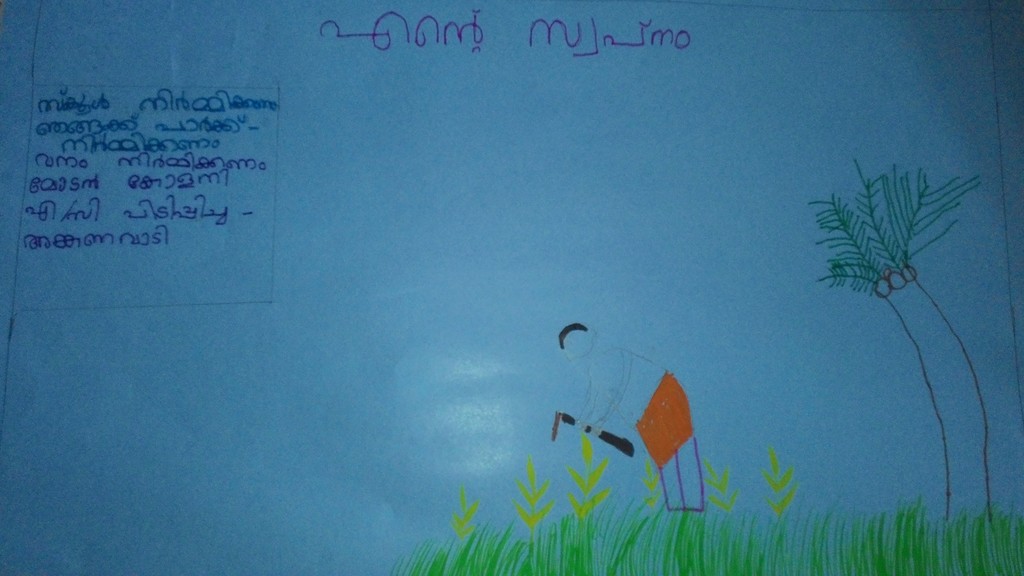 You are right Rituu,
We asked the children to put on the chart paper what they wanted for their colony. About the dreaming exercise, the children wanted more time, and so they have taken the chart paper with their drawing to the teacher's house for safekeeping, where they will complete it, the next time hopefully.

We ask children what they want and not what we think is good for them. How did the children feel about this exercise?