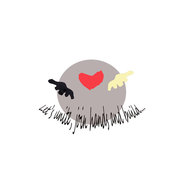 We celebrate Community Action Day every year. Join this group to connect with other communities around the world who participate in the event. This year it will be in September.The logo has been designed by Marjolein.

How you celebrate Community Action Day

Add a description and add 'CAD' in the tags

Dear All, Greetings! Let's do an After Action Review of Community Action Day to reflect on our experience.May I request for your inputs on the following questions:1. What went well in Community…Continue

Dear All, Several members have suggested that we can have a logo for Community action day. Marjolein from Netherlands has kindly offered to design the logo. Any suggestions for the logo? What should…Continue

dear all,big thank you for your sharing in this program (CAD). i also already read your toolkit. very useful for me in Bali, how to improve the community in the program, make involve and speaking…Continue

You need to be a member of Community Action Day to add comments!

Although its a bit late, I would like to share some of the amazing experiences which the Asha Jyoti Care Centre. The team had planned to reach out to different villages in the area, as part of the Community Action Day, to ask the crucial question "What is more important, life or a notion of honor ? What can we do to ensure that people affected by HIV are able to access medicines without fearing dishonor in the community"? The team recorded stories of people who had accessed services and were living well, of people who had lost their loved ones because they refused to access services and shared them in the community to stimulate discussions. I cannot do justice to the range of responses from the community, but I share a few of them.

In one village, just around the time of the visit, the Gram Panchayat members were thinking of removing a positive woman from her job of cooking the mid day meal scheme. After the discussions, some of the Panchayat members protested to the leader that they should not be taking the job away from her, but try to support her more, since she was already affected by HIV and had even lost her husband. Eventually, the Panchayat leader agreed. He came to her and told her, "You continue working as long as you want to, your health allows you to. We don't want to take this away from you."

In another community, a member commented "People should value their lives and come out of the feeling that they will be dishonored. We are there to support them. They should accept services".

One woman spoke about her husband, "When my husband got HIV, everyone said he will not live for long. So he thought that he really wouldn't live. And he died. Today, I know about ART and I am taking it. My family also knows all about the medicines, and they are very supportive".

Another community member spoke about what they could do to support people affect by HIV. "We don't need to help them materially. WE just need to talk to them. To make them feel good. Then they will benefit from the medicines and continue to live well'"

We at Nari Saksham(10 CBOs federation of Female Sexworkers) at Rajahmundry, Andhra Pradesh, INDIA celebrated CAD on 1st December 2010 (WAD) in a different manner doing self assessment practice in their respective CBO with a proper action plan.

The photos of the CAD celebrations in the respective CBO's are posted on : http://aidscompetence.ning.com/photo/albums/community-action-day-10

This is a truly inspiring space!

And I would like to read through everyone's activities to collate a blog which would speak about all the things that everyone did and how anyone and everyone could do the same to make a DIFFERENCE.

I would like to once again request everyone who did something which involved/impacted the youth to please send me details (personally or here) as I would like more youth (worldwide) to be inspired.

I will make available a few videos of how a local ngo in Cancun helped organize a CONDOM FASHION SHOW to spread awareness. Since they work with the youth, they decided to adopt a method of communicating with them through a medium they understood.

Hats off to all you wonderful people....

I just blog some pictures some couple of days back. People involve in the CAD were PLAs, PABAs, OVC, community leaders and Pastors.

Donations was given to the Children affected by AIDS, for educational support.

There was some prayers made to the PLWHA and money was also raised for a community in Rivers State, for there community work.

There was some drama display by some group from the community.

The 3 of the PLWHA shared some testimonies. I will blog the stories later.

i was there, it was the greatest world aids day  that i ever had..,

and you are so inspiring..!

The communities of Kalghatgi in Karnataka in India observed COmmunity Action Day by taking the opportunity once again to discuss among themselves and understand how HIV impacts them, and how they could respond. The major focus was the right to life for people with HIV, and communities had intensive discussions on why people with HIV and their families should fearlessly access services and not hesitate because they think they will be dishonored in the communities. The discussions went on to cover other issues including care of orphan and vulnerable children, and the need for young people to be open and honest with each other before entering into marraige.

Communities felt that as far as possible the children orphaned by HIV should be growing up within their own communities, with grandparents, uncles and aunts, and the communities should try to promote this.

The young people were passionately involved in discussions on premarital relationships, as well as HIV testing. They felt that both young men and women need to be open while considering marriage, and if they believe themselves to have been at risk of HIV, should discuss this with the partner, and go in for testing if needed. They also added that there should be voluntary disclosure of HIV status, and a decision to proceed with the marriage or not should be made by both partners based on this.

Just returned from an MSM beauty pageant. I was one of the judges. It was fantastic. Since we are not directly working with MSM we just supported Guardian Angel programme. But has open new areas for us too with Young club working with PNF will be reaching out to sections of the MSM, whom they know so that we will tie up with bigger projects in the district.

It is great to hear of such inclusive CAD in other parts of the world. They humble us a lot as we are beginning everything learning from others. But after all isnt that ACP? We learn from others and transfer into our work? thanks for sharing.

Dear Olivia, I am sure your 'sharing' has touched the hearts of many colleagues. I imagined the poco poco dance! Everyone with their hands in the air and shaking their bodies:-) Who did the singing? But the dreams that were shared by the different groups would be instilled in the hearts of those creating them, knowing that friends, colleagues will be with them as they 'energise' themselves to make the dreams a reality and eventually share in the successes. Thanks for sharing this CAD activity and we dearly look forward to the sharing of the accomplishment of every facet of the dreams.

These groups represented diverse communities including the MSM community, transgender, sex workers, women, youth, street children and the faith community - and came from areas such as Kalimantan, Lombok, Tasikmalaya, Jakarta and Yogyakarta.

The groups were united in many ways; most of all through their commitment to working towards HIV Prevention, or, more specifically, AIDS Competence, in their own communities. In the practical sense, they were united through the UNFPA HIV Programme, which had brought them together occaisionally since 2006, and had enabled some of them to commence the journey as ACP facilitators together.

In the lead up to CAD, the groups enjoyed 2 days of sharing lessons learned - which was an opportunity for each group to present on their learnings from the last 5 years and for all the participants to discuss similarities, solutions, ideas and ways to link in the future.

PMI from Jakarta presented on AIDS Competence, and how SALT had changed their way of working. I remember a comment from one lady who was a coordinator and outreach worker at an NGO in Lombok, which had not yet been introduced to ACP.  She said "DISCRIMINASI!"  "Why did we not hear about ACP! Why did we not get to discover this process too?".  She was angry, but smiling - because she knew that she was now so well linked with 14 other organisations practising ACP, that she would have no problem to learn from them in the future. The other participants encouraged her to join NING, and Indocompetence began discussing ways to work with her and her group for the future.

During the sharing, many of strengths were seen. In Yogya, MSM outreach workers had formed a friendship with the local doctor, regularly inviting him to meetings and social events.  The doctor had come to understand the issues facing MSM youth and the stigma and discrimination they feel in accessing SRH services, especially having to show ID. Therefore, the doctor had opened up his doors to MSM youth for accessing health services anonomously, allowing them to wait in an alternative waiting area too!

The CAD event was like the icing on the cake. All the groups gathered together and each group identified their greatest 2 strengths.  For the YSS group (transgender community), they identified that UNITY and CARE are their two greatest strengths. They groups then developed a dream for the next 5 years as outreach workers and community organisations.  They were encouraged to consider resource mobilization.  One group, PKBI from Kalimantan, shared a dream to start a cafe... and, rather than being a recipient of funds, to eventually to become a donor for other organisations!

The dream building followed with a poem about the way HIV and AIDS touches us, written by Ziko from Santai, which was recited by candle light. After this we danced the Poco poco (a very funny Indonesian dance, made funnier when you have 60 people in a small room!), some games, songs and laughter.

It was a momentous occiasion, and one that will surely be remembered!