Working with theatre that is responsive - Magnet Theatre

Over 10 years ago, a group of practitioners helped conceive a concept of community theatre for development which was named Magnet Theatre. I participated actively in its experiments, recorded its philosophies and implemented it across many communities in Kenya. With the lessons, I finally wrote the manuals and training guides via which the method was introduced in several African countries and India. In 2007, PATH, C. Y. Gopinath and I were awarded the AFRICOMNET Annual Awards for Communications for Magnet Theatre. 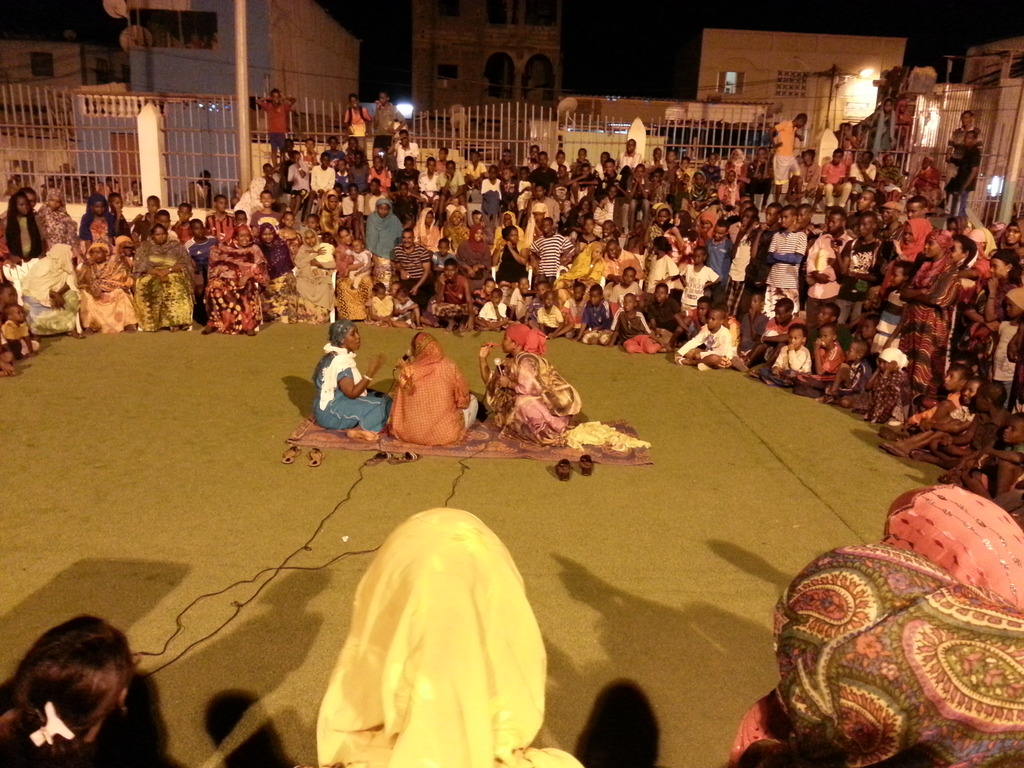 Magnet Theatre (MT)is a form of community theatre/theatre for development that deliberately infuses audience centered elements to help mobilize and sustain that audience in unfettered and useful participation/dialogue to interrogate their issues, suggest possible solutions, experiment/test those solutions and, subsequently, report back their implementation of those solutions at the next session.
MT is fundamentally multi-session based on the theory that changes in behavior do not happen instantly but over a period of time. In essence, MT is a specific target audience centered method that takes place at a specific venue with a specific, pre-agreed schedule and encouraging a repeat audience. It a forum for the magnification of behavior change besides being an appropriate launch part to linking the audience to the services defined by the intended development. Magnet theatre elevates, just like all methods of community theatre, participation and interaction by the target audience.
Magnet Theatre has has had a successful run in the past decade. It however currently faces the challenge posed by new 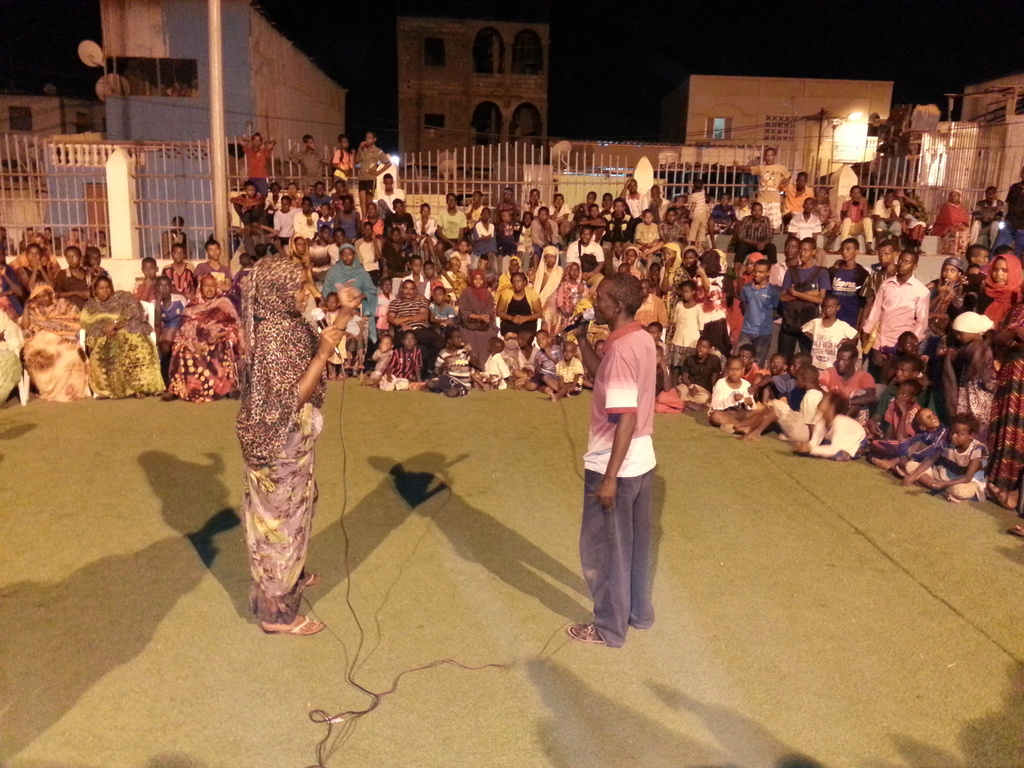 trends in social and behavior change communication in which individual and small-group level interventions are encouraged against community level interventions. Categorizing MT as community level, raises the question of how individuals benefit in the mobilization and subsequent interrogation of behaviors. The process basically seeks and reaches individuals via a process that percolates from the community and finally to the individual. Packaging this argument has been a challenge here in Kenya. As such, MT implementation is now on the decline here as the dwindling donor resources are directed increasingly to the aforementioned levels. This however does not reduce the potency of MT.
Going forward, I hope to document my decade of developing, improving and implementing MT in various places, hoping that by sharing this information, more people and practitioners will understand and appreciate the concept.
Any thoughts and ideas of similar experiences?
Thank you and enjoy the work you are all doing. :-)

Thanks Madiang and Ash for sharing your experiences. I have first a basic question- why is it called 'magnet' theatre.

I have to present with a colleague at an evaluation conference and would like to do it in an innovative way. What if I used magnet theatre? I have one hour for the presentation. let me know what you think? Asante!

Thank you so much Madiang for sharing your extensive experience with Magnet Theatre in Kenya! As you know I have been dabbling in social theatre myself for the past couple of years, and am very keen to learn from your work!

First of all congratulations on so many achievements, and also congratulations on keeping strong with your belief in this method despite dwindling interest from sponsors for this type of work. I think you are absolutely right in pointing out that "The process basically seeks and reaches individuals via a process that percolates from the community and finally to the individual", it is so absolutely true!

When I was studying social theatre in Costa Rica one of the strongest impacts I witnessed was indeed at the individual level. I remember Fatima from La Carpio telling me how angry her husband had first been when she started being involved in a theatre group. He would argue on and on about how it wasn't proper for a woman to put herself out there like that, that it was taking too much time away from her duties as a mother and a wife etc. This was 3 years prior to our conversation. "Now" she then told me "he is so proud of me! He comes to every single play we present and has gradually learned to cook and care for the children when I was away because he realized that what happens here truly is important, and it can change a lot of things for our community".

Actually as I was writing my thesis I found it was easier to find stories of personal transformation than "convincing" stories of community transformation... until I realized that the two were interlocked!

I wish you and Magnet Theatre many more "successful runs", and I am so happy to have made this connection and to be able to share on our respective methods of theatre for social change :) ! Thank you Ash for sharing all the lovely videos and photographs, too! Such inspiring work!

Here are some examples of MT being implemented in the field by truck drivers for truck drivers.  Some of these MT troupe members are among those that Madiang and Oby had trained.

1) A link to a video on an Red Ribbon on the Road (RRR) workshop in Navi Mumbai.  https://www.youtube.com/watch?v=PlaNtiMX_jg

3) Video of an RRR workshop held in Dadri in July, 2010.  Please click this link to view: https://www.youtube.com/watch?v=_qeObHueXqQ

I hope you enjoy them!