The stories still hard to find: The local responses to Ebola

This morning when I googled "local response" + "ebola", here's some of the headlines I found:

Denton City Council to be briefed on virus response 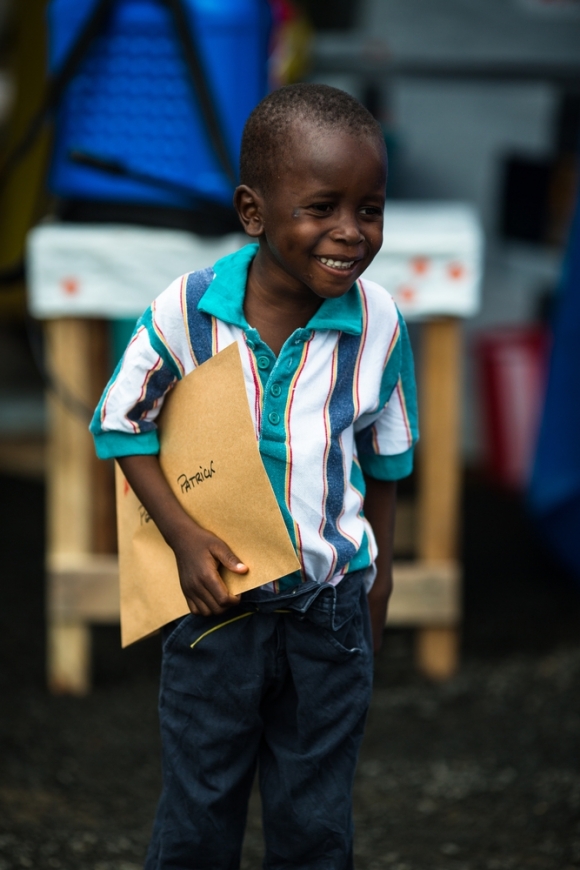 Not exactly what I was looking for. With all this drummed-up fear and stereotypes and prejudice flying around, I guess it's easy for Americans to miss that Nigeria has been declared ebola-free, as was Senegal on Friday. And it's easy to miss stories of people fighting the disease, like survivor Alhassan Kemokai in Sierra Leone who caught it while caring for his ailing mother, independent ambulance workers in Monrovia, or 6-year-old Patrick Poopel (pictured right, photo: Morgana Wingard / MSF) whose smile who the only thing left that is infectious. Nursing student Fatu Kekula saved her father, mother and sister by inventing her ow.... Apparently international aid workers heard are now teaching her "trash bag method" and to others who can't get into hospitals. This is more of what I was looking for, but these stories are unfortunately often hard to find. So I thought I'd share a few others on the local response to Ebola that I've been collecting since the outbreak hit the international media - please share any others in the comments:

Is Ebola in West Africa a "crisis of governance" or "the ugly face of a global aid system that is broken"? These questions are an abstraction to those who are facing sickness and suffering this very day.

Malonga Miatudila, MD, who was part of the first team that dealt with Ebola first in 1976, describes how they contained the disease without the knowledge we have today: "Engage with communities. Give them the leadership of the fight...International experts are there to support local communities, and not to substitute."

If you want to give to local efforts, see GlobalGiving's page. Unfortunately this Indiegogo campaign by 5 grassroots organizations in Sierra Leone didn't meet their goal, but you can still be in contact with them directly via email.

“When I was a boy and I would see scary things in the news, my mother would say to me, "Look for the helpers. You will always find people who are helping.” ~Fred Rogers

Look for the helpers. Reach out. Invest in those that are there for their communities, whether funding is available or not.

Thanks Jennifer for your superb review. Your hard work will turn into more people understanding that technology and techniques need people to be effective