“The Power of WE”

The question of how to develop and strengthen the social capital of the community has been on my mind over the past months as I walked around the neighbourhood of Henderson. It was by coincidence that two of my teammates chanced upon a small notice in the RC about an upcoming youth volunteers meeting.

Last Friday night, my colleague Anne and I attended the “Youth Volunteers Network” meeting that was initiated by a 15 year old Youth leader of the Henderson RC. We contacted them to ask if it was okay if we attended the meeting. Anne and I went down with the intention to just listen to what’s been planned. Little did we know, we were going to be overwhelmed by the ideas and suggestions that were discussed.

Just to share two points which I was in complete AWE of! The volunteer committee came up with the idea of having a tuition programme for children/youth once a week. This was with the aim of helping those who were struggling to even complete their homework. In the hopes of finding some volunteers to run this programme, this youth leader contacted his former teachers to ask them if they would be keen to volunteer to teach the children English as he realised that many children could barely read.

To his surprise, they were very forthcoming and he managed to get five teachers to come down every Sunday to run the programme. As some of us might already know, Henderson was voted the “dirtiest estate” in Singapore! Thus, on Sunday, there was a “Happy Block Campaign (My Estate, My Home, My Pride)” where many residents gathered to pick up litter around the neighbourhood. I was amazed when the youth leader mentioned that he informed his school principal about it, and that his principal made an announcement during morning assembly to encourage students to volunteer! In addition to that, they are also planning their very own volunteer training that is planned to take place sometime next month.

At the end of the day, I was just sitting there in COMPLETE AWE of the great leadership potential this 15 year old displayed...... and I still am by the way!!! =) =) =) Anne and I shared with them what Beyond’s currently doing and said that we would love to be a part of their future discussions as well. We suggested that since we are both trying to do quite similar things, it would be great to collaborate and work together towards the goals for the community.

Indeed, GREAT things happen when we work in collaboration and not compete against one another.

3 lessons learned for me this time!

1) Had it not been for my 2 colleagues, I would have missed out on this great opportunity to attend the meeting (TEAMWORK is KEY at all times)

2) Acknowledging the fact that no matter WHO we are or who we represent, we are all on a learning Journey TOGETHER and we can LEARN from one another. In order to learn, we’ve got to also be OPEN to change, and keep in mind that we don’t always have the answers to each situation.

3) If not for collaboration and communication we would have found ourselves struggling to reach out to the SAME target audience to achieve a common goal, separately! In just two hours, I was reminded that I should not underestimate the POWER of WE and that I should be open to the various opportunities of learning from the “EXPERTS” which are the residents themselves.

A man not only needs to know how to fish, he needs to have the freedom to do it and a place to do it. That’s where community comes in. We have to help each other.

Thanks for this powerful blog. Reminds me of the club a group of children from care home 'Gan Sabra' in Mizoram India have formed. The average age of the members is about 12 years.  Annie the president said ' we can do many things ourselves, we are not dependent on adults for everything''. They even celebrated community action day as did other Constellation teams in which they cleaned up the area in the community. I will share your experience with Gan Sabra. Here is  a photo. 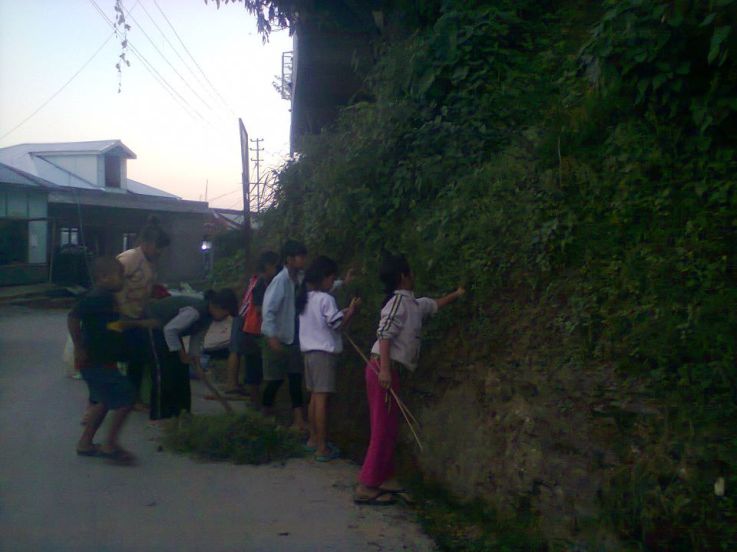