After Sasha Rabsey, Founder and President of The HOW Fund (yes, obviously I love the synergy with how-matters.org!), came back from an international conference on poverty reduction at the end of last year, she called me and wanted to talk and learn more about racism, privilege and development. Unfortunately in terms of ready resources, I didn’t have much to share with her other than this 1981 essay, “Development aid and racism” by Jacob Holdt and a post on the now retired TalesfromtheHood blog explaining the inherent harm embedded in any “perpetuation of stereotypes and assumptions about whom the poor are, what they need, and how they should be helped.” (Note: If readers have any other resources or articles, please do share them in the comments section.)

Discrimination is rife in the aid industry. I don’t think that many people would refute the lack of local staff in positions of decision-making power in international NGOs, nor the grantmaker/grantseeker power imbalance in philanthropy.

But is this a problem or is it just the inevitable? To serve the poor isan endeavor of the privileged. Sasha’s experience at the conference demonstrates how aid workers, philanthropists, social entrepreneurs, and do-gooders have the opportunity much too often to act in ways that are completely oblivious to racism and their participation in it. As a donor, her honesty is refreshing and a call to all of us involved in international assistance.

I attended the conference with two grantees, both African women engaged in grassroots work for adolescent girls. I was excited to be able to introduce them to potential funders and collaborators—after all they’re doing superb work on a critical issue. Yes, their financials checked out, their impact assessments looked good, their stories were compelling. But for me it was about the work they were doing. Both women are deeply thoughtful and respectful of the community they serve, critical qualities of successful leaders. So I was looking forward to validating their efforts. That is exactly what did nothappen. 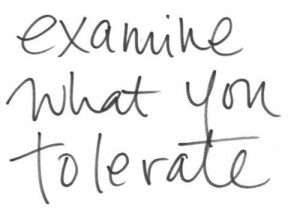 For most of the conference I was on an emotional roller coaster as I watched both women come up against the subtle, yet unmistakable signs of white power and privilege in the world of donors and grantees. I squirmed when the light bulb of donor’s unintended condescension turned on. I felt terrible as one grantee said to me, “I don’t know why I came. I would have learned more doing my work at home.”

I started to wonder if I am as guilty as any other donor. Aren’t I in a position of power and privilege in regards to my grantees? Is the support the How Fund offers more about me blowing my own horn for having this great grantee, rather than about the girls being served or the work being done? What about the language I use to describe our grantees or speak to them?

We, with power and privilege, want to appear to be polite and respectful. But how often do we end up sounding condescending, as if we are talking to a child, putting grantees in a position of having to be grateful?

I don’t believe the intention of any donor at the conference was to hurt or run roughshod. But here it was—my grantees sharing with me the evidence of donors’ paternalistic attitudes. And here I was—aware of how discouragingly easy it is for donors to adopt these attitudes. It starts when the conference participants are encourage to say, “What can I do for you?” Asking this question implies a power imbalance between donor and grantee. When I started to work in philanthropy, I considered this question to deferential. What I’ve come to understand from my grantees, though, is that the question actually elicits a sense of the “Other.”

So how do we shift the conversation, right the imbalance? As donors we need to have the humility and honesty to be clear about our contextual and cultural lens, the “default assumptions” we use when we interact with grantees. This is an uncomfortable exercise because it forces us to face our whiteness, our privilege, and all the less-than-pristine laundry that comes with these labels. However, I want to be able to have an open conversation with grantees that allows me to be who I am. That is the only way I know how to use my power and privilege to support others, to carry philanthropy out in a way that knocks down the hierarchy and promotes teamwork.

Why do I do this work? Let me be frank. It’s because it makes me feel good. But I can’t feel good if I am behaving in a way that’s anything but collaborative. Yes, I want my grantees to make me look good by doing stellar work, but I can’t tell them how to do that, so my half of the partnership is to be supportive. To me that means providing funds, but also establishing a relationship that assumes I will listen, learn and do my damndest not to make a fool of myself.

For all of us to be the best we can be, we first have to look deeply at ourselves and where we come from. When I started The HOW Fund, I began my journey as a white woman of privilege. I am still a white woman of privilege. What I know now is that to create a true partnership with those two powerful African women means that we must walk the journey together. The right question is not “What can I do for you?” It is, “What can I do withyou?”

If I had only known…

Confessions of a Recovering Neocolonialist

Our Most Important Job